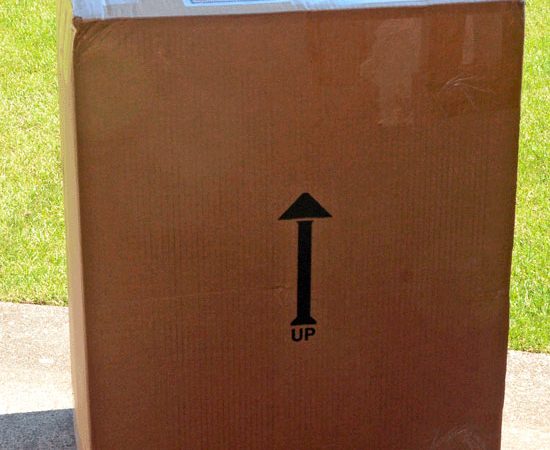 The first SPCR Quiet Certified PC from AVADirect Custom Computers features a GTX560 Ti graphics card along with an Ivy Bridge i7-3770k CPU in a system that’s quiet doing ordinary tasks and ramps up only moderately at full GPU/CPU load.

AVADirect Custom Computers is the latest vendor to offer a SPCR-certified PC. This US system integrator, based in Cleveland, Ohio, is a ISO 9001:2008 certified manufacturer that maintains ANSI/ESD 20:20 compliance for correct handling of ESD (Electrostatic Discharge) sensitive components. You can read more about AVADirect on their about us page.

Most of the primary system components are well known to SPCR. The NZXT H2 case is a newer version of the one we reviewed back last year, with significant improvements to overall airflow, our primary criticism of the original. It remains a very hefty, solid, low-noise oriented case. The Prolimatech heatsink, the WD Green hard drive in the Smart Drive enclosure, the Seasonic X power supply, the Noiseblocker fans — all of these potential noise sources have been well-received in SPCR reviews. They are identifiably quiet components.

The exception is the Gainward Phantom GeForce® GTX 560 Ti 2GB, which we have not tested, and is equipped with two fans. The GPU itself is a 822 Mhz clock version of the nVidia GeForce 560 Ti core, which lies somewhere in the mid-high end of gaming GPUs at this point in time. The card offers performance close to that of the AMD Radeon HD 6950 and a small step down from the GTX 570. The GTX 560 Ti is a card whose Thermal Design Power (TDP) can run upwards of 210W; this is higher than any desktop CPU on the market today, and a reason for concern in a quiet PC. The only way such high power can be dissipated effectively with current technology requires active fan cooling, and at full power, the two cooling fans on this card will most likely be the loudest noises in the PC.

AVADirect says they experimented with six different 560 Ti models from different brands before settling on the Gainward. They felt the Gainward card gave the system the best chance of meeting SPCR requirements for the newly established "Quiet PC" certification, which calls for maximum SPL levels of 20 dBA@1m in idle, and 27 dBA@1m during maximum system load. This certification was designed with gaming enthusiasts in mind, for those who want their PC to be very quiet in normal use but don’t mind a bit of noise in exchange for very high performance during game play when headphones or speakers are sounding gaming effects.

The sample system came in a large box, with the PC inside a second carton, the
original carton of the NZXT H2 case. A large quantity of foam chips filled the space bwteen the two cartons. Finally, the interior of the PC was also stuffed with anti-static closed cell foam to ensure that no internal components could get loose in transit.

The current version of the NZXT H2 looks identical on the outside to the sample we reviewed last year, but vent openings around the front and bottom are increased in size. It is only a bit
larger than the generic mid-tower. An AVADirect badge adorns the top left corner of the front panel.

The wiring is neatly organized, mostly out of sight behind the motherboard tray. As mentioned in the caption above, 10 fans seems like a lot for a quiet PC, but keep in mind that multiple high quality fans running very slowly often make less noise while creating more cooling airflow than fewer fans running at faster speed.

The basic approach is to assess the noise, thermal and power characteristics
at idle, and then at full CPU and GPU loads. The testing was conducted entirely
in the SPCR anechoic chamber, with the door open to ensure adequate room ventilation
when noise measurements or recordings were not being performed. Measurements at load were performed approximately 10 minutes after complete thermal stability was achieved in each state; i.e., no changes in power or temperature for at least 10 minutes.

This is a quiet computer system at low or moderate loads. The measured sound pressure level of
just under 18 dBA@1m at idle and during HD video play is very good. High CPU load had virtually no effect on the overall noise; the dual-fan cooling system handles the increased load with barely any increase in noise. The CPU temperatures may seem a little high, but this is characteristic of Ivy Bridge cores, which run hotter than the previous generation (Sandy Bridge) counterparts. There was no CPU throttling or visual video misbehavior at any time. From up close, there is a bit of audible intermodulation or pulsing, most likely due to the two graphics card fans running in tandem.

The noise rises smoothly over time when full GPU + CPU load is applied. Almost all of the noise gain, to 26 dBA@1m, comes from the video card fans, which reached ~2500 RPM maximum. They might be set a trifle aggressively, but this is a factory-preset. In any case, the overall noise signature at maximum system load is smooth, mostly broadband noise, with some tonality. No rapid up/down changes in fan noise/speed were noticed with the video card; the ramp up to 26 dBA took about 90 seconds after the load was applied. The PSU fan may have kicked in at full system load, but its effect was entirely masked by the video card fan noise.

The ISO 7779 computer noise standard’s defined "Seated
User Position" SPL places the microphone about 0.6m away from the top/front
of the PC, which explains the 2 dBA higher readings. This is an unrealistically
close distance for a PC in a case as large as the NZXT H2, which is designed
for placement on the floor; few users would put it on top of the desk.

When accessed, occasional chatter from the the hard drive can
be heard, but at a very low level, with peaks getting no higher than 1 dBA@1m
above the norm. Placed on a carpeted floor under a desk, any noise from the
PC at low or moderate load is very unobtrusive.

This recording was made with a high resolution, lab quality, digital recording
system inside SPCR’s own 11 dBA ambient anechoic chamber, then converted to
a LAME 128kbps encoded MP3. We’ve listened long and hard to ensure there is
no audible degradation from the original WAV files to these MP3s. It represents
a quick snapshot of what we heard during the review.

The recording starts with 7 seconds of ambient noise, followed by 10 second
segments at various states. For the most realistic
results, set the volume so that the starting ambient level is barely audible,
back the volume control off a touch to make it just inaudible, then don’t
change the volume setting again while comparing all the sound files.

The temperatures of the various components stayed within safe limits throughout
the testing. This PC is very well cooled, particularly the GPU. All the components would remain cool enough to keep running
at full load at even higher ambient temperatures. Under such conditions, both CPU and GPU fans can be expected to run a bit faster than measured here. Exactly how much louder it will
get is not possible to determine without a hot room capable of 35°C.

No conventional performance benchmarks were run on the system. The high performance
characteristics of the Intel Core i7-3770K Quad-Core , the nVidia GTX 560 Ti graphics card and the OCZ
Vertex 3 120GB SSD are well documented elsewhere on the web. There were no performance problem of
any kind encountered during our testing. Windows 7 Home Premium 64-bit provides
a mature, smoothly operating environment, with full access to the 8 GB of
installed RAM. The boot time of 32 seconds (from power button
press to actual usability at the desktop) made possible by the SSD is excellent.

The AVADirect Quiet Gaming PC is a new type of SPCR-certified PC. While not as quiet as the Certified Silent PCs offered by other SPCR partners, AVADirect’s offering addresses the serious gamer who wants both high performance gaming and low noise for other tasks. Placed on a carpeted floor next to or under a desk, this SPCR certified Quiet PC from AVADirect system should fill the niche nicely.