Are you looking for the best processor?

The market is super crowded, thanks to searing competition between Intel and AMD.

There’s more options than you can shake a stick at, with both companies coming up with new technologies all the time to tempt you to their side.

We cover the best overall processor for different budgets, as well as the best for gaming, video editing and streaming.

What Makes a Good CPU?

These are the processors. Most people want at least 4 cores, unless you’re looking for an ultra-budget CPU.

However, not all cores are alike. By default cores used to have just one ‘thread’, but now CPUs are usually multithreaded, which means cores have two threads. This enhances their multitasking capacity.

The cache is a type of cache memory that can help speed up access to data.

Both the cache and RAM hold data for the CPU. The cache is smaller but more agile and better located, so the CPU uses this if possible. If not, it defaults to the more sluggish but larger RAM.

L1 is the fastest but smallest, whilst L3 is larger but slower. L2 is somewhere in between.

Clock speed is the speed of the CPU, and it’s measured in GHz. 1 GHz is equal to one billion cycles per second.

Before buying, you’ll want to make sure the CPU can actually fit into your motherboard socket, as different processors require different socket types.

How We Choose CPUs

The above features give a good idea of power, but to really compare one CPU against another, you’ve got to perform real-life testing aka benchmarks.

For example, IPC a particularly useful thing to measure that’s not usually listed as a spec. This gives the number of instructions per clock cycle, which could be different even for two CPUs with identical clock speeds and threads. This is due to the difference in architecture.

We always bear the user purpose in mind, instead of just going for the highest specs.

This really matters for GPUs.

For example, a lot of gamers will benefit from higher clock speeds, whilst video-editors would do better focusing on the number of cores/threads.

The price has to be reasonable and fit for purpose. And the most important question is, can you get more for your money elsewhere? 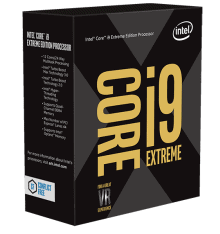 If you’re literally looking for the queen of processors, this is it.

It’s an absolute beast that outperforms all AMD Theadrippers and its predecessor in most benchmarks.

It’s staggering 18 cores and 36 threads powers through intensive multithreaded processes easily, and can even reduce bottlenecks from graphic cards.

This is mainly because Intel uses a much more efficient mesh architecture, as opposed to AMD Threadrippers’ ring-style architecture.

Intel’s also improved (again) on its 14nm process, though this time it’s quite a significant bump in clock speeds, 400MHz base and 200MHz boost, over its predecessor, the i9-7980XE.

It’s also replaced the TIM with a gold-plated solder to transfer heat between the CPU die and the heatspreader, which helps keep it cooler. This means it’s cooler than AMD’s Theadrippers and the Skylake X-series.

This also fits into the X299 motherboard, which enables quad-channel memory and 44 PCIe lanes. It also means Skylake X-series users won’t have to fork out for a new one. There’s also Thunderbolt 3 support, another plus for content creators, that’s not available for Threadrippers.

But wow! Look at that price tag. This isn’t worth it for most people. Only get this processor if you’re looking for ultimate performance for the very top tier of PC builds. It’s useful for professional workflows that require serious muscle where time is money, such as speeding up 3D rendering.

Best Bang for the Buck CPU 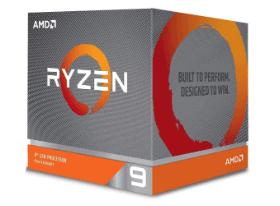 It’s safe to say the multithreaded performance blows its competition, Intel’s i9-9900K, out of the water. It’s simply outstanding, and you won’t find better around, especially at this price point.

This means it will be great for everything from gaming to heavy tasks like video-editing,  or even 3D animation.

It’s also pretty impressive for single core performance, though it does fall behind the Intel Core i9-9900K in benchmark tests by 4-13%.

More modern games are using multithreading, so in future, this may not matter so much. For example, Total War: Warhammer II is faster with AMD than Intel. But for the moment the i9-9900K is better for most gaming.

However, it still performs 9% better than the Intel chip overall.

The Zen 2 architecture is also revolutionary at this price point, with a 7nm processor. This means better performance and lower power consumption.

The smaller size allows for a bigger memory cache, with 64MB of L3 and 6MB of L2. Combined, AMD calls this 70MB of  ‘GameCache’. This makes a huge difference in speeds, especially for 1080p gaming.

The Zen 2 architecture also produces a higher IPC, apparently an increase of 15% from its 2nd generation chips, according to AMD.

It also includes PCIe Gen 4, a massive plus and a rarity which will mean faster speeds overall, thanks to faster compatible graphics cards and SSDs. 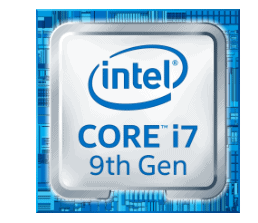 Shockingly, this CPU doesn’t include hyperthreading.

Whilst this might seem like an insane move for a high-end chip, it makes it the perfect choice for gamers, delivering impressive gaming performance without having to pay extra for multithreading performance you don’t need.

The Coffee Lake Refresh is still 14nm, but has added 2 cores and 4MB to its L3 cache.

With the same number of cores and almost the same clock speed as the i9900K, you’re getting great value for much less.

In fact in benchmark tests, the difference in gaming performance between this processor and the i9900K was negligible, around 1%.

Intel’s also implemented a new soldered heat spreader on this Refresh, enabling it to keep the same temperature as the 8700K despite more power. Unsurprisingly, it’s also cooler than the i9900K.

Honorable Mentions:
i9-900K – if you want to do other tasks than gaming, or are worried about hyperthreading in future games, this is better, but more expensive. 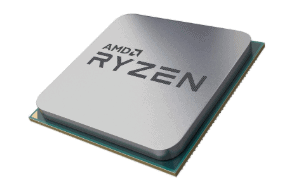 Multithreaded performance is what counts for video-editing and rendering, and this is the best chip around without breaking the bank.

Sure, as always AMD lags behind Intel for single-threading, but that’s not what’s important here and you can save a lot of money by sacrificing a bit in this area.

It offers twice the number of threads as its Intel competitor, the i7-9700K, and for less money.

It even beats the Intel 9900K, a much more expensive chip, in multithreaded performance for some benchmarks. In Geekbench it scores 34,515 compared to Intel’s 33,173.

It’s got the same number of cores/threads as its predecessor, the Ryzen 7 2700X, but with a new 7nm chip with Zen 2 architecture, meaning a 15% boost to IPC and a better memory cache, with 32MB of L3 and 4MB of L2.

Like all 3rd generation Ryzen’s, it also includes the long-awaited inclusion of PCIe 4.0. This means increased bandwidth when used with a compatible graphics card (such as the Radeon RX 5700/XT), as well as much faster SSD performance, all of which are welcome in video-editing. 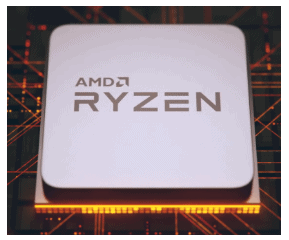 And although it came out late 2017, the 7 2700x still delivers excellent value. When it came out, it was the best on the market, and it still has more than enough power to satisfy streamers, now at an awesome price.

The 8 cores, 16 threads and high clock speeds all ensure impressive streaming, coupled with AMD’s 12nm Zen+ architecture. This isn’t as great as the subsequent Zen 2, but you really don’t need it.

Streamers don’t just need single-cores in reality; for example, they run multiple programs at the same time, and do encoding and playback. And let’s face it, you’re not literally going to just use this computer for streaming.

Fortunately, with its multithreading the 2700x is excellent at both.

AMD also introduced StoreMI technology on this chip, which offers SSD caching of your hard drive for speeding up access to your files, similar to but better than Intel’s Rapid Storage technology.

And it comes with a cooling system for extra value.

Intel i7 8700k – if you want to stream games, this may have an edge, though pricier. 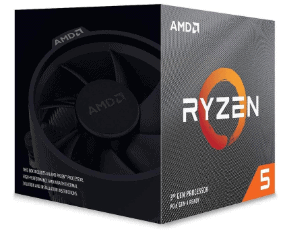 For years Intel was the undisputed champion of gaming CPUs, offering higher core strength, but no more, thanks to the advent of second generation AMDs.

This AMD’s predecessor, the 2600X, was already one of the best for gaming, but the 3600X takes it to a whole new level for the same price.

This is another chip with Ryzen’s famed Zen 2 architecture, resulting in a 7nm chip.

Again there’s a huge cache improvement because of this, over double, which is particularly important for 1080p gaming. It’s increased to 35MB L3 and 3 MB L2, which AMD calls ‘GameCache’.

It also has a higher clock speed than the 2600X.

PCIe 4.0 is also supported, another plus for gaming as it boost compatible graphics cards performances.

Benchmark-wise, it’s barely behind Intel’s i9-9900K beast: just 5% slower in single-core performance. This is incredible, as the 9909K has double the cores and is a top-end CPU.

Basically, it punches well above its weight when it comes to gaming, which is why we rank this the best budget processor for gaming.

The Intel Core i5-9600K is probably it’s most direct competitor from Team Blue, but this has a much smaller cache (just 9MB L3), no PCIe 4.0 and no multithreading (what Intel calls Hyperthreading).

Benchmark-wise, the gaming differences may be marginal, but if you’re doing anything aside from gaming (like game streaming) that uses multithreading, this is definitely the better choice.

Which CPU Should I Buy?

Intel remains top dog for the highest-end chip, but aside from that, AMD’s pretty much wiping the floor with Intel with it’s Zen 2 architecture at the moment

The best of these is the AMD Ryzen 9 3900X, which we recommend for overall performance and value. Whether you’re gaming or multitasking, this chip has enough power for everybody.

But if you’re a pure gamer, the Intel i7-9700K will do better for much less money, although this doesn’t have any hyperthreading. Or if you’re on a budget, the AMD Ryzen 5 3600X is the next best option.

Video editors will be best off with the mid-range AMD 7 3700X, whilst for streaming, the AMD 7 2700X is a great contender.