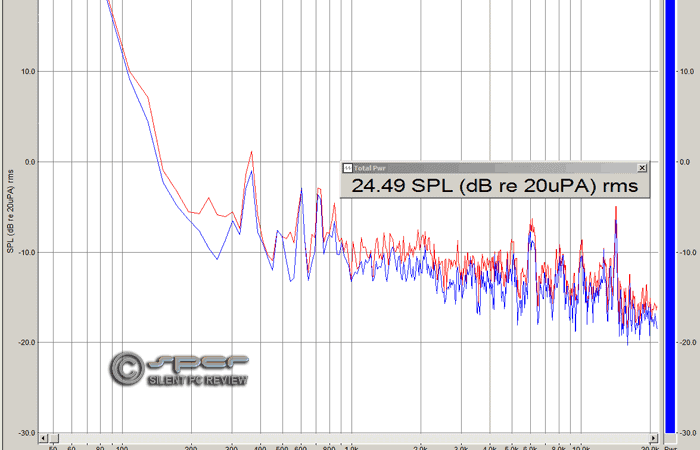 This is a blog in the forum about facility and equipment upgrades currently being implemented at SPCR. The big project is the building of a hemi-anechoic chamber on the ground floor of my house. The blog was started at the end of May. Latest report, July 20: With double doors and nearly 600 lbs of blue fill for acoustic damping, daytime SPL in the room is now 12 dBA. External traffic causes only 1-2 dBA rises in SPL.

This is a blog in the forum about facility and equipment upgrades currently being implemented at SPCR. The big project is the building of a hemi-anechoic chamber on the ground floor of my house. The blog was started at the end of May.

July 20: There’s usually less traffic on Sunday, so I tried more SPL measurements of the room, which has changed little since my last post.

On the advice of the creator of the SpectraPLUS spectrum analyzer software I’m using, the FFT (Fast Fourier Transform) size was increased to improve resolution at lower frequencies. The FFT size in previous measurements had been set to 4096 PTS, which resulted in a sampling resolution of 21.5Hz. Increasing the FFT size to 65,536 gave a much higher resolution of 1.35 Hz. The results changed the curves below ~500Hz. 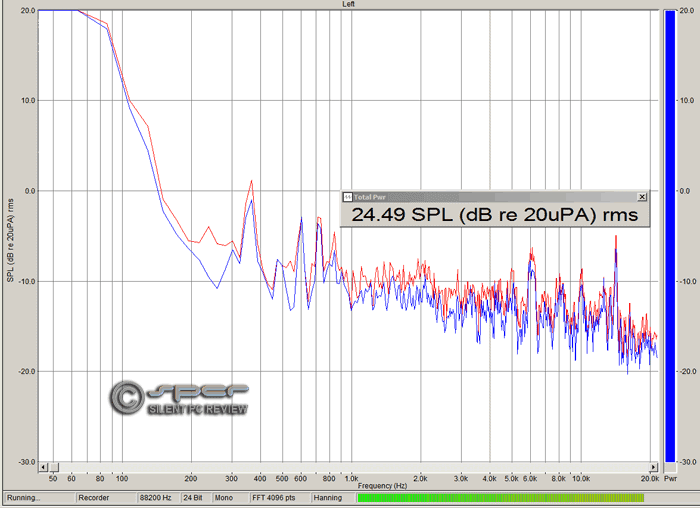 The above image was captured at 4pm Sunday June 20 with the FFT at 4096, flat frequency response, without weighting. Note the SPL of just 16 dB, the lowest unweighted measurement yet. Obviously the blue fill and double doors are having an effect. 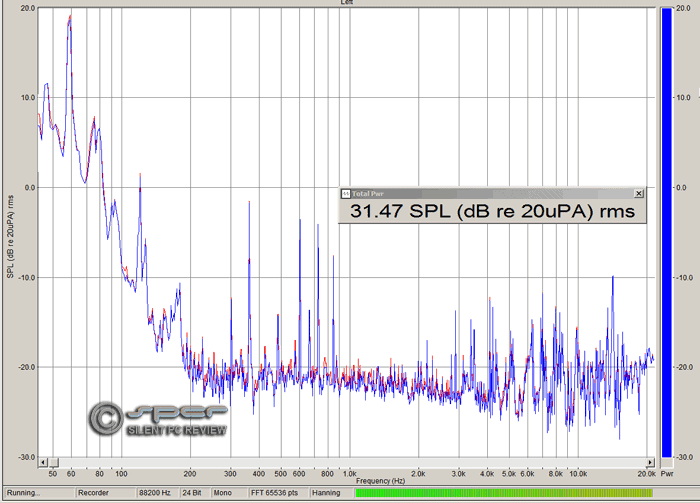 This was captured a minute or two later with the FFT at 65,536, flat frequency response, without weighting.

Comparing the above images, it’s clear that the ~60Hz peak in the second higher resolution curve comprises much of the elevated response in the sub-100Hz range of the first image. That 60Hz peak may be coming from the hum of one or more AC motors in the fridges in the house… or it could be a room resonance… or it could be both. Again, more experimentation is needed to get at exact causes.

A similar phenomenon can be observed in the range between 300~400Hz. The first image shows a broad rise; the second image shows that it’s really a very narrow spike at ~370Hz. Moving the mic and/or table in the room, and also finishing the blue fill lining in the room could affect such spikes.

This was captured a minute or two later with the FFT at 65536, with A-weighting applied.

In conclusion, it’s obvious that the high FFT setting is much more useful in examining details of the room’s acoustics, and more work will be done with this setting in the near future.

July 18: Over 90% of the rooms internal surfaces have been lined with the blue fill, with the exception of the floor. A second door, a solid core, has been hung, and weatherstripping has been applied all around the perimeter of the door. With both door closed, the sound proofing is pretty good, although the wall with the door faces the liveliest (acoustically) adjacent room, and still remains the most "porous" of the room’s walls. A slot to run the mic cable into the room had to be cut in a new footer for the door, which is currently too tight; the doors have to be force-closed.

July 9: Image captures of the ambient frequency spectrum in the room, about half-lined with about 300 lbs of acoustic damping, shows -10dB or better at most frequencies. A-weight SPL is now ~10dBA.