Heres my computer. Silent as off during tasks like webbrowsing and quiet enough to satisfy me during gaming load. I don't play with headphones, but I can hear it only if the game plays barely any sounds. Here's how it sounds during worse possible scenairo - most GPU intensive game I played (99% usage all the time, temps don't go down even in pause menu) plus hot summer weather. When I recorded this clip, ambient temperature was around 30C degrees. All needed info in the description. 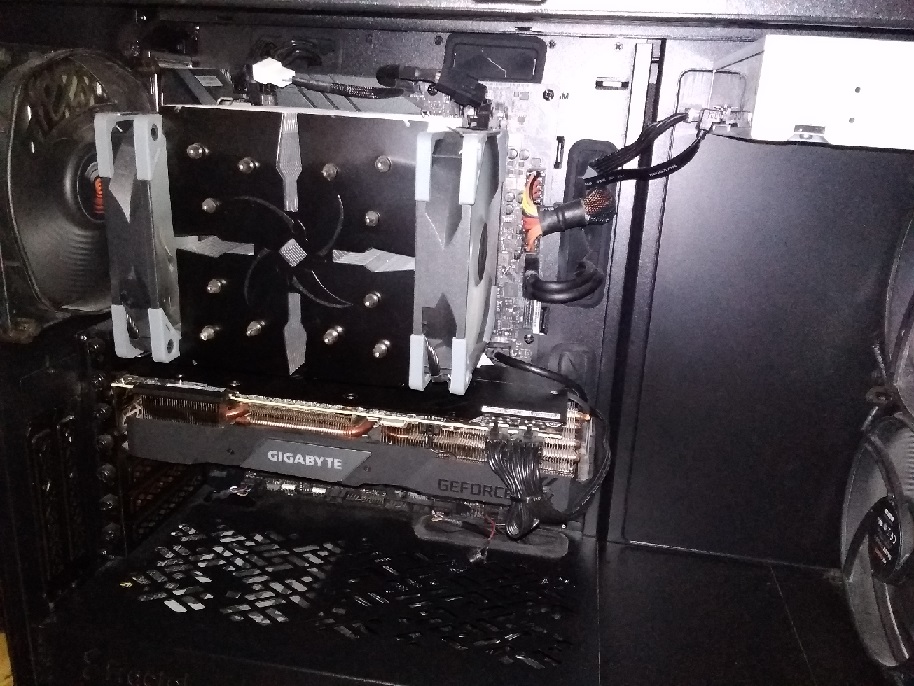 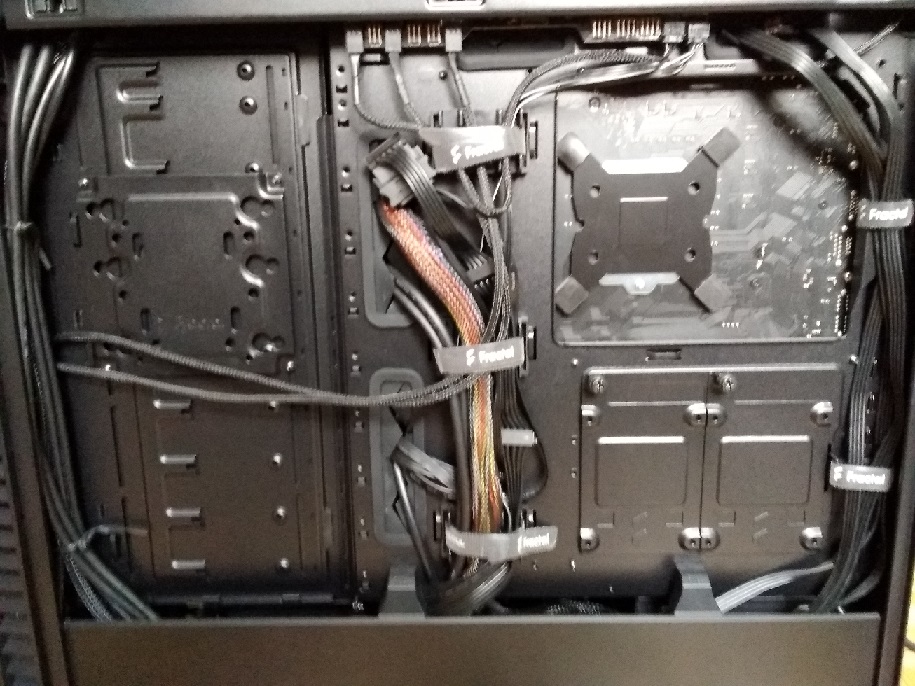 GPU and case fans custom curves, cooler is audible only during stress tests, so I don't need to mess with motherboard's invention: 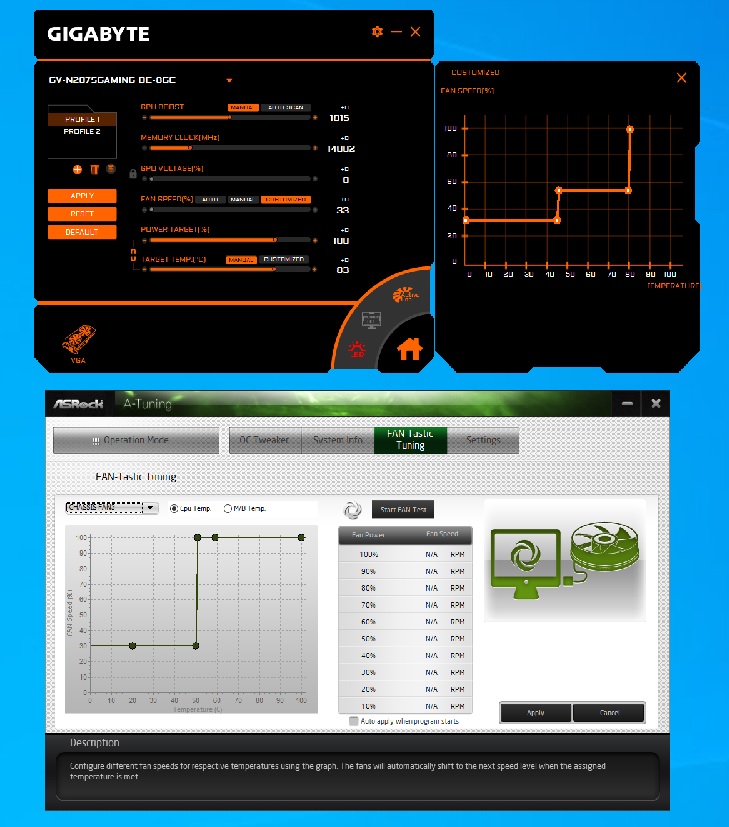 I like my computer working quietly and I don't like fans changing speed. That's why I divided curves into consistent parts. On the left you see case fans, on the right GPU. My CPU rather not go below 50C during gaming, so case fans are connected to it and go 1000 rpm after crossing this temperature. My GPU rather not go below 45C during gaming, so the same way. From 80C it goes 100% in case of warning me, that I should modify the curve. Never happened, but if so, I will know. The downside of my way is that sometimes a lot of browser tabs or youtube warms my CPU enough to cross 50C, but it's just amazing, how Define 7 handles fan noise. Even in the quiet room most of the time I don't notice the speed change. Computer sits on the floor like 60 centimeters from my ears and I have to have completely closed windows to notice it. I had SW3 before in previous case (also with sound dampening panels) and running 1000 rpm they were intorelable even during gaming, so the difference is just hard to believe (I wouldn't believe it can be such big

) If we talk about GPU, I don't use semi passive mode, because this card turns on the fans really loudly for 1-2 secounds and then they start working according to curve. In Define 7 I can't notice the difference between GPU fans off and running its minimum 1000 rpm, so no problem.

What I like the most about this build is the case. It's because I had this config in different case, which wasn't bad (SIlentium PC Armis AR7 + Apaflex 0,5 cm sound dampening material). Define 7 does the work so great - cools well, make things quiet, protects from dust the best I have ever experienced. These are the most important things, which make the case good or bad - rest you have in reviews, but I can say, that it's definitely worth the rather premium money.
Top
Post Reply
1 post • Page 1 of 1