Going for water cooling, my idea was to eliminate parts that generate noise away from the case and from workstation. Pump being a problem is known issue if we want silent water cooling setup. Having set of fans on radiator is not helping either. So why not install it far away?
Note that I still kept 1x 92mm fan @ 5v on vrm, since I really don't like wasting money on full cover gpu blocks, and be forced to replace it each time i change gpu, which happens quite frequently. So that is small tradeoff, mainly aesthetical. Such small and slow fan is inaudible and vrm temps acceptable.
As for the performance of the whole loop - great as expected. Temperatures stabilize in around 2 minutes and don't go up after that. Fans on radiator don't have to be slowed to minimum, since it is far away and behind furniture, so they run @ 7v (something I could never afford if they were in the case). Same goes for pump, no reason to run it at 12v.
I also have option to detach case from the loop, around 0.5m from the case tubing is connected through compression fitting connectors. It does require draining part of the loop, but I don't have to touch radiator, pump, or all the tubing routed behind furniture.
I think this type of approach regarding water cooling can be interesting for spcr enthusiast, because it eliminates several crucial problems of water cooling and making it really quiet. 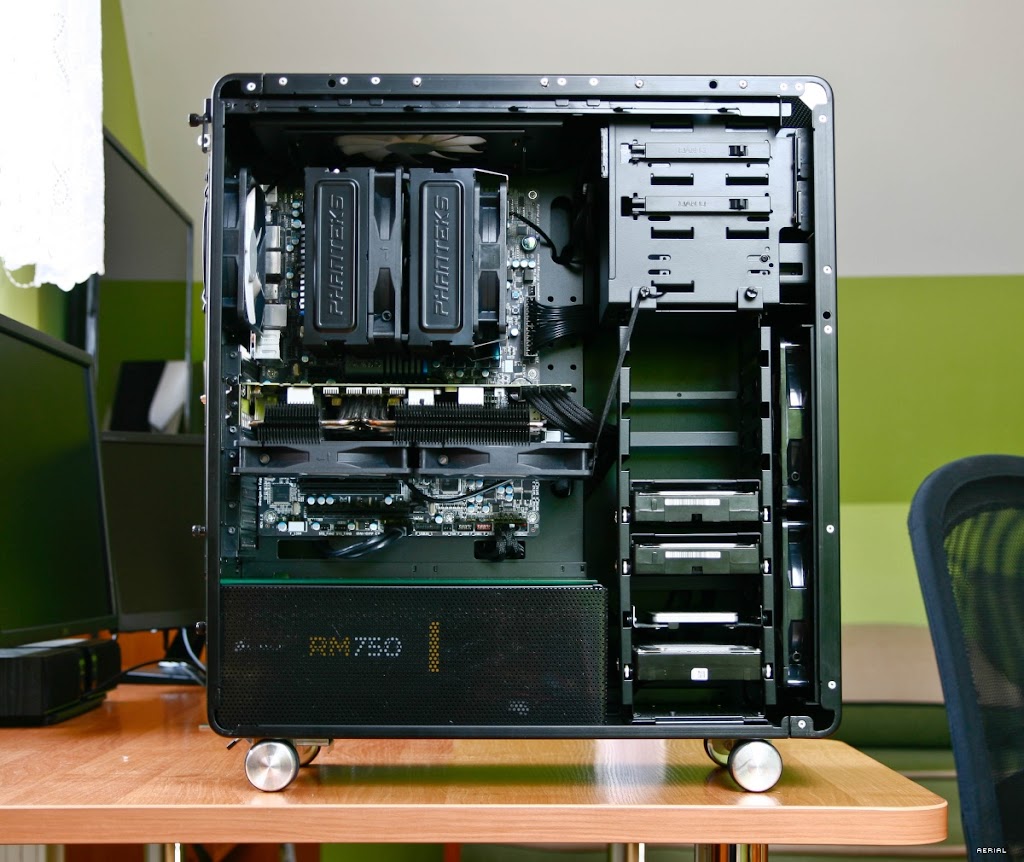 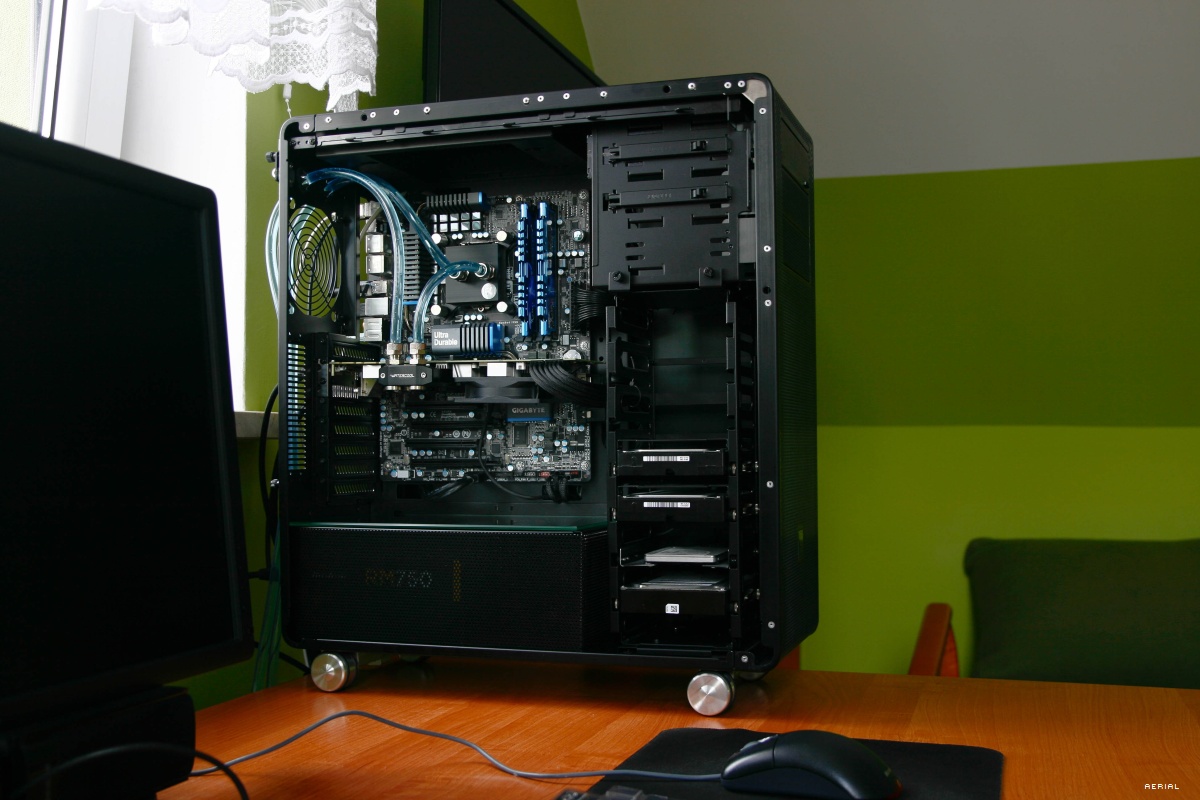 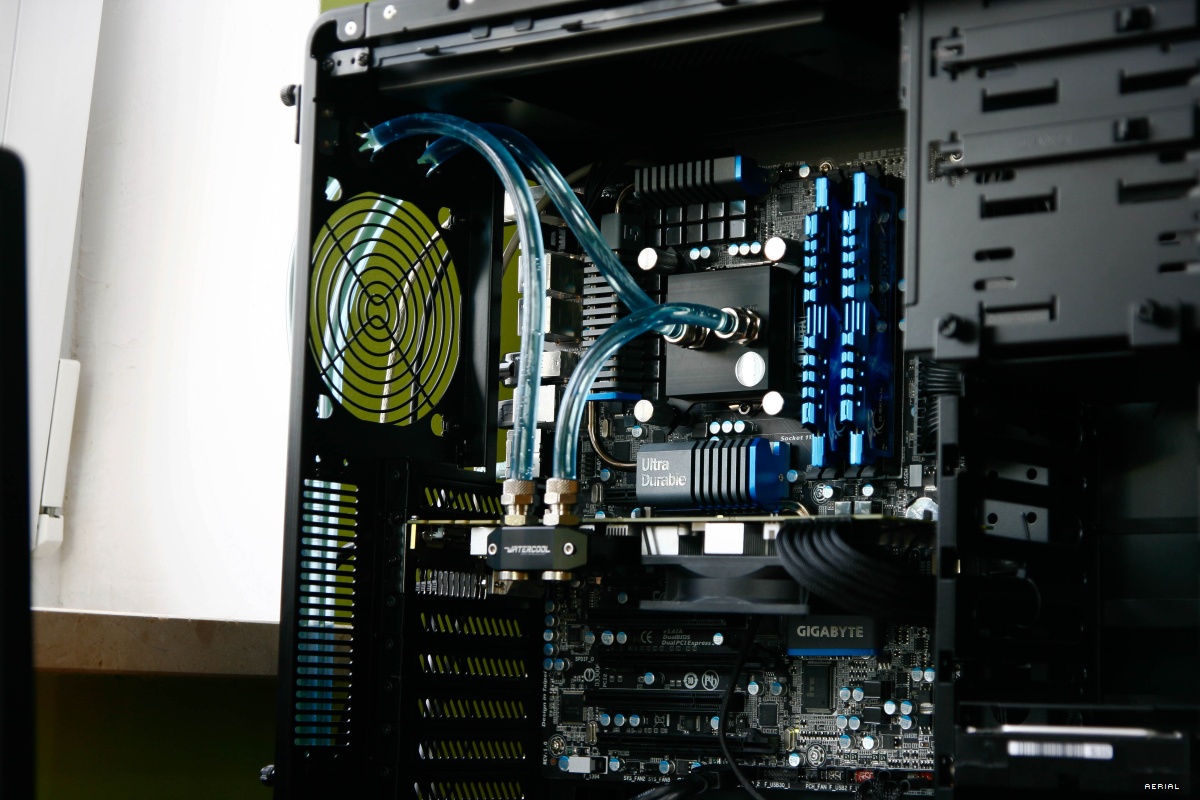 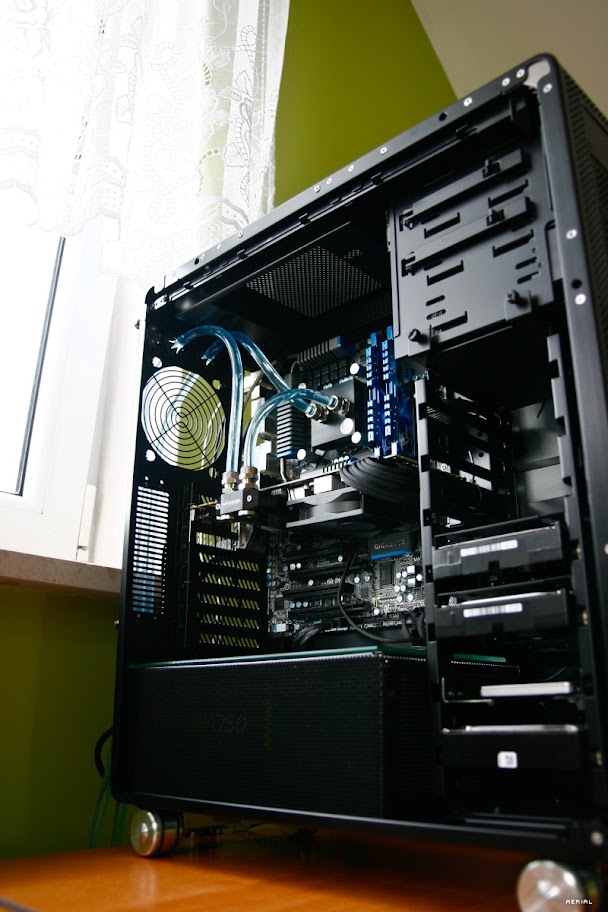 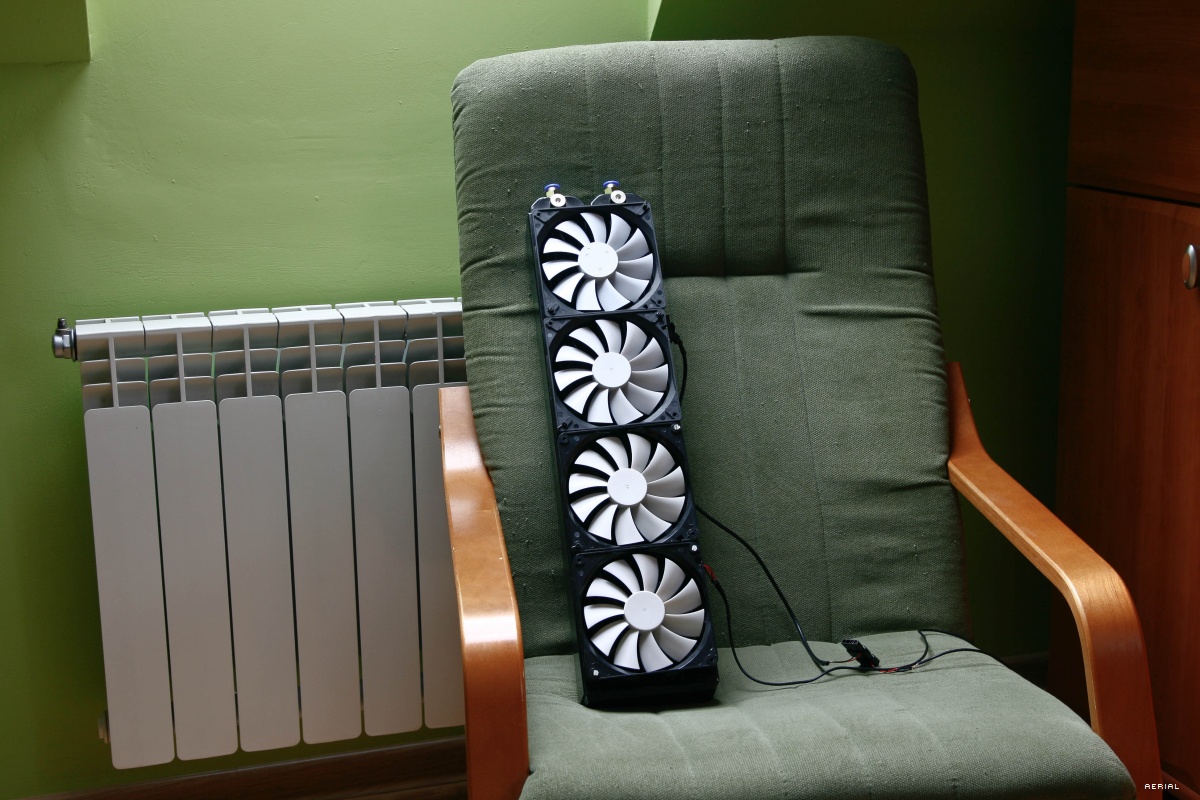 Pump + radiator and where it is hidden: 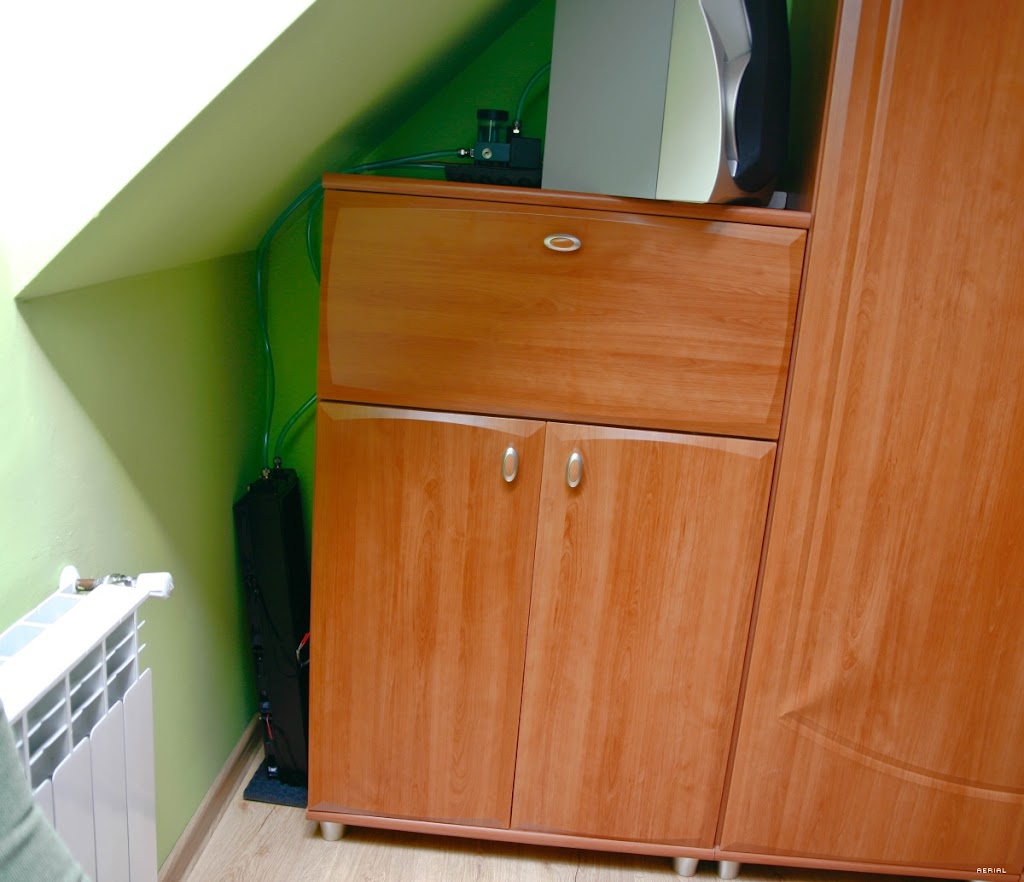 Did you ever think to the Alphacool Cape Cora HF passive radiators (which are also availabe in black)?
Top

Did you ever think to the Alphacool Cape Cora HF passive radiators (which are also availabe in black)?

I do have some experience with passive radiators, but not dedicated. I used central heating radiator to cool water. Aside from problems such radiator not being copper (corrosion), efficiency wasn't very good. They are great at high water temperature, but if water is around 30C, then it just heats up to 40ish. It just wasn't efficient enough for my taste. Not to mention it was much much bigger than my current rad. Airflow makes great difference, similar to cpu heatsinks if not better. And if you can place fans far away from workstation, there is really no need to go full passive.
Top
Post Reply
3 posts • Page 1 of 1