This time I decided to go for really small and power efficient case.
Cubitek mini center is one of few, similar to jonsbo/cooltek coolcube or lian li Q01. Cubitek is the smallest (10,0l), but all these cases are comparable.
I wanted system that is power efficient, powerful enough for my needs (not interested in newest games), and most importantly silent both in idle and under load.
Goal was achieved, after several modifications, swapping fans and cooler, sealing airflow with paper air duct, the way that psu pulls air only directly through cpu cooler, I'm finally happy with temperatures.
There was another issue with psu whine. Initially I wanted to use my old seasonic s12ii 500w, which I already owned stashed somwhere from previous builds. Coil whine was unfortunately too much for me. Coolermaster V550S psu was my choice, as it is very compact (14cm), and extremely efficient under low loads. According to reviews 93% @ 100w, and similar at even lower loads down to 30-40w. And it happens to be completely silent in terms of any electronic sounds, no whining. Of course stock fan is audiable, low rpm is not everything, you can hear the motor, so it was replaced.
Everything is running stock, cpu hits 60ish max, gpu 60~, fan ramps up to 1k rpm when needed, but still not audiable from 1m.
Someone might ask that getting such expensive cpu cooler for i3 is overkill. Indeed looking at price tags it might seem this way, but all components of this build, were purchased on forums or auctions, so it was put together for fraction of normal price (less than half). 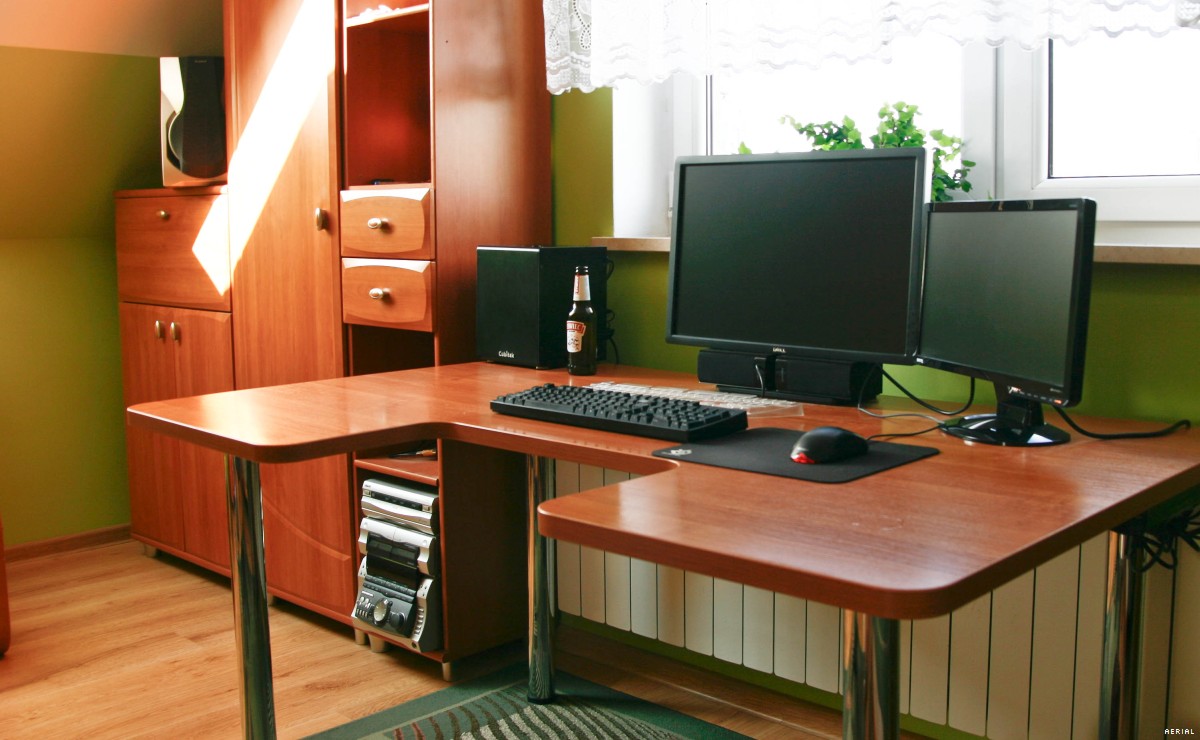 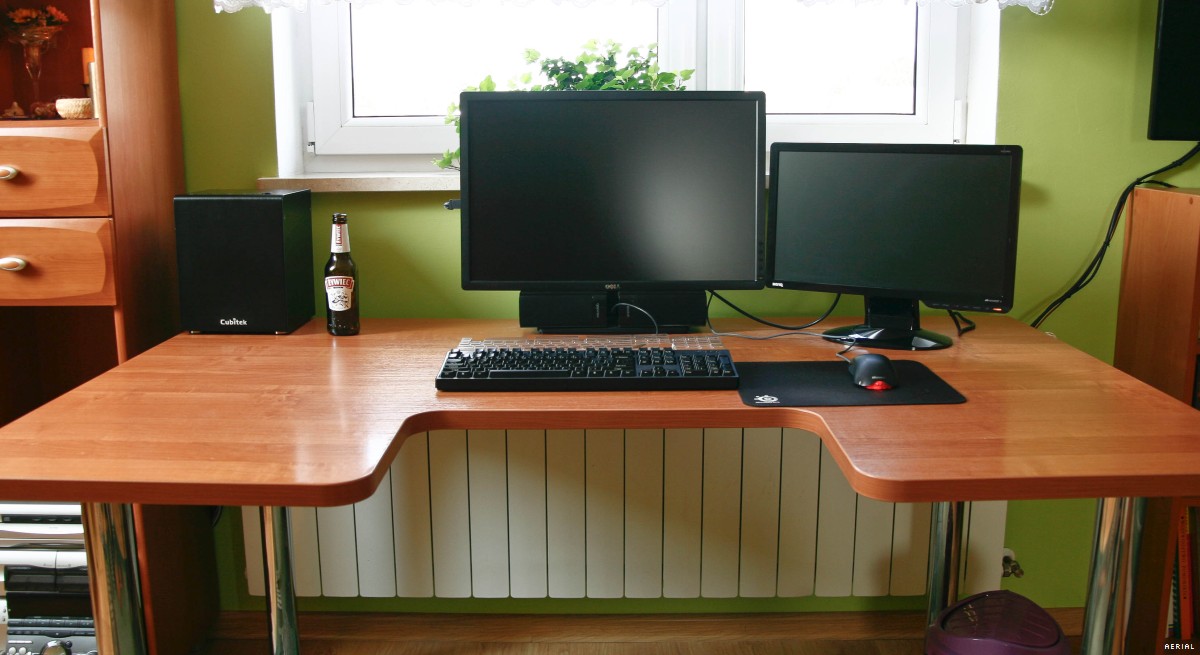 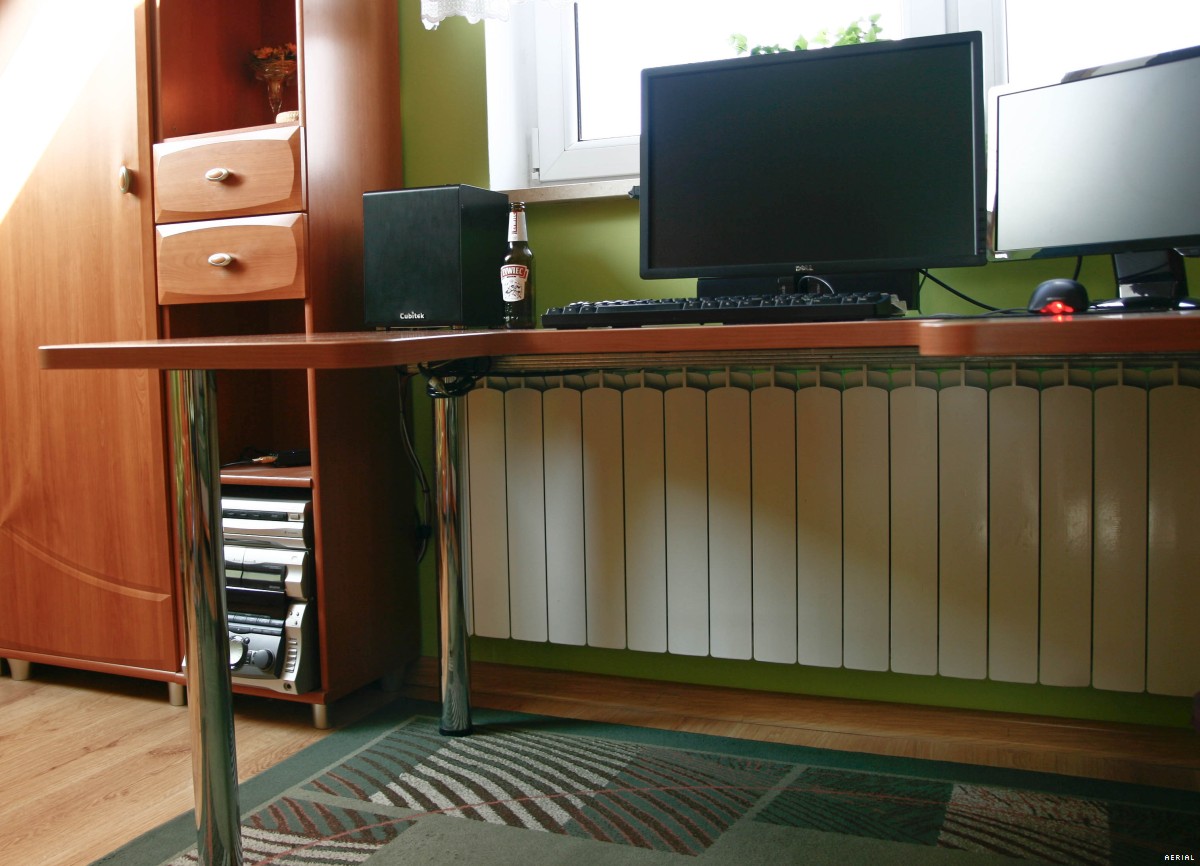 Quite painful assembly.
For example power button/led wires must be connected before installi cpu heatsink 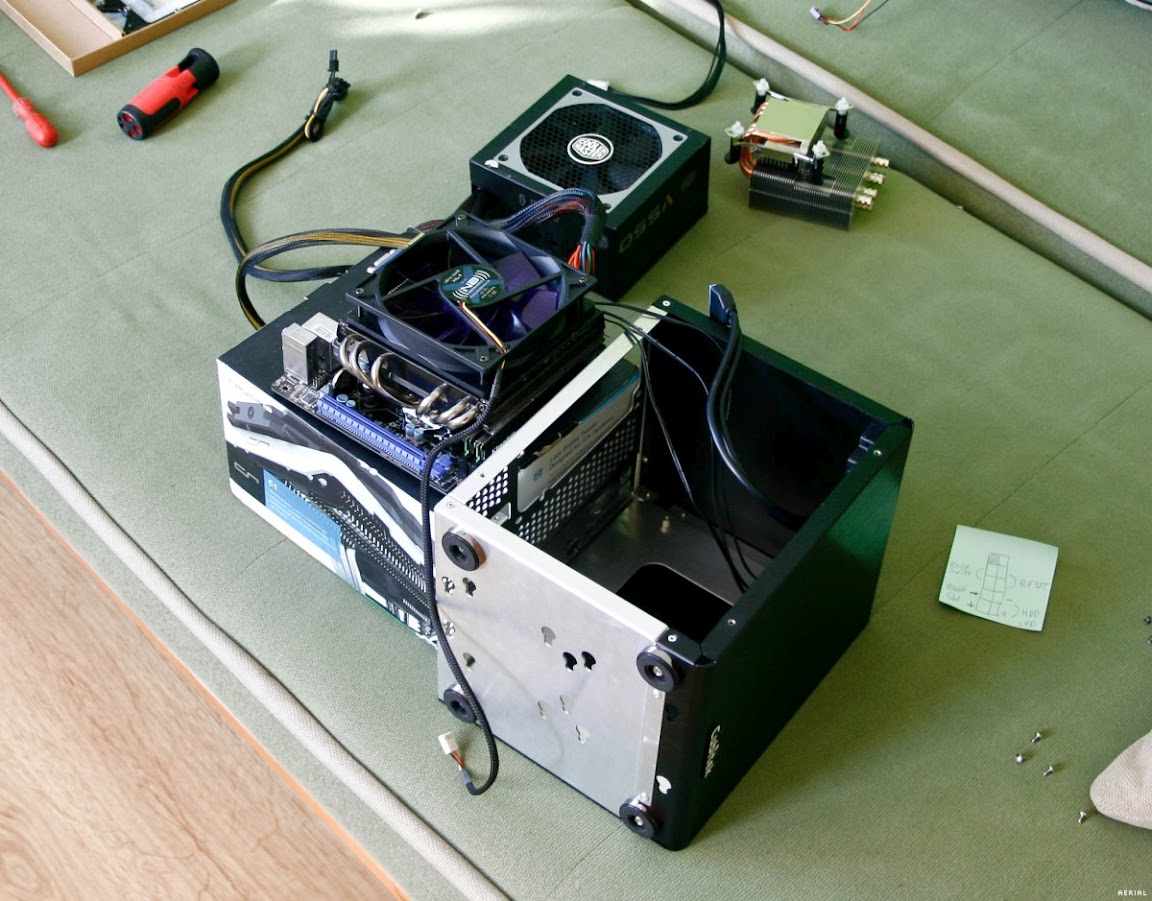 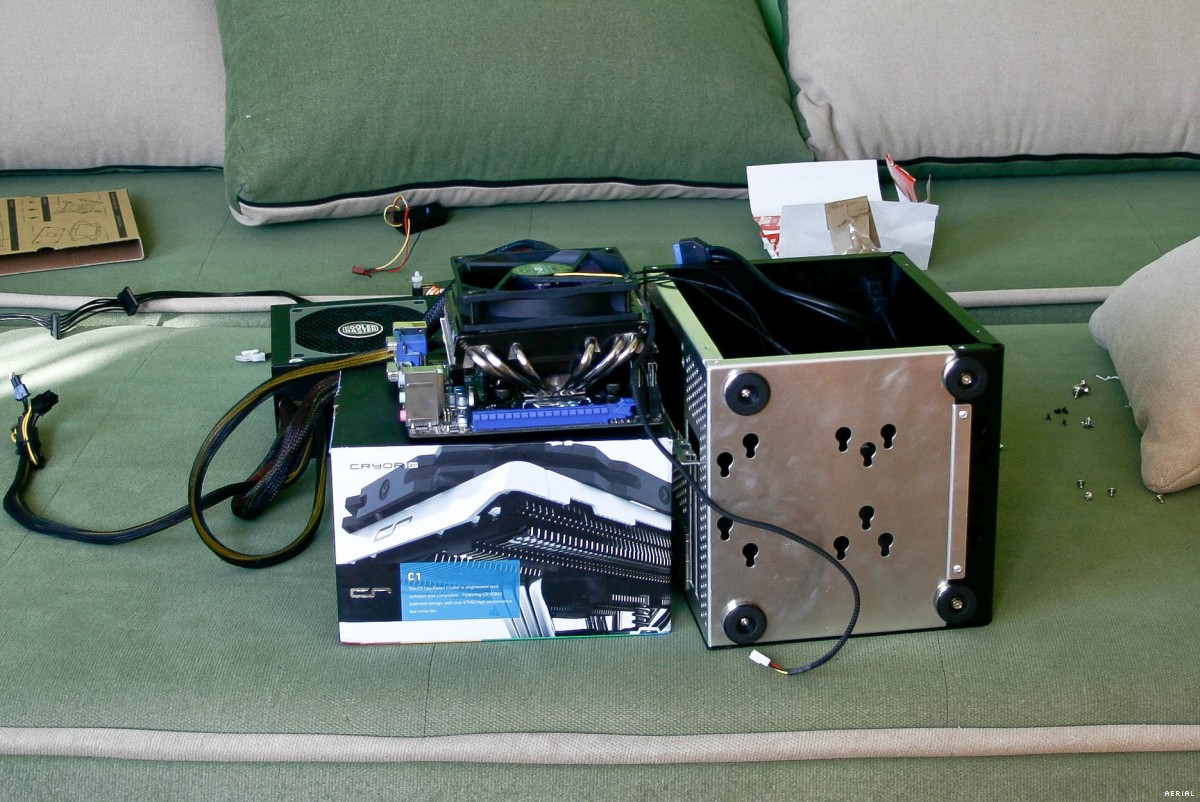 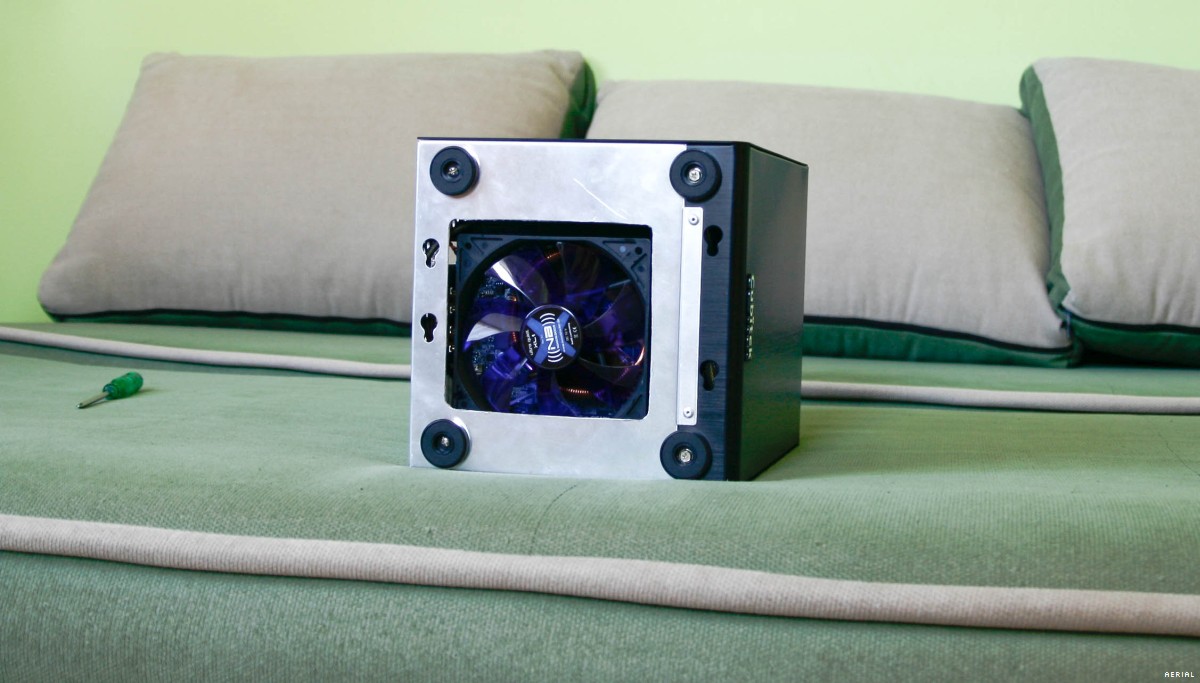 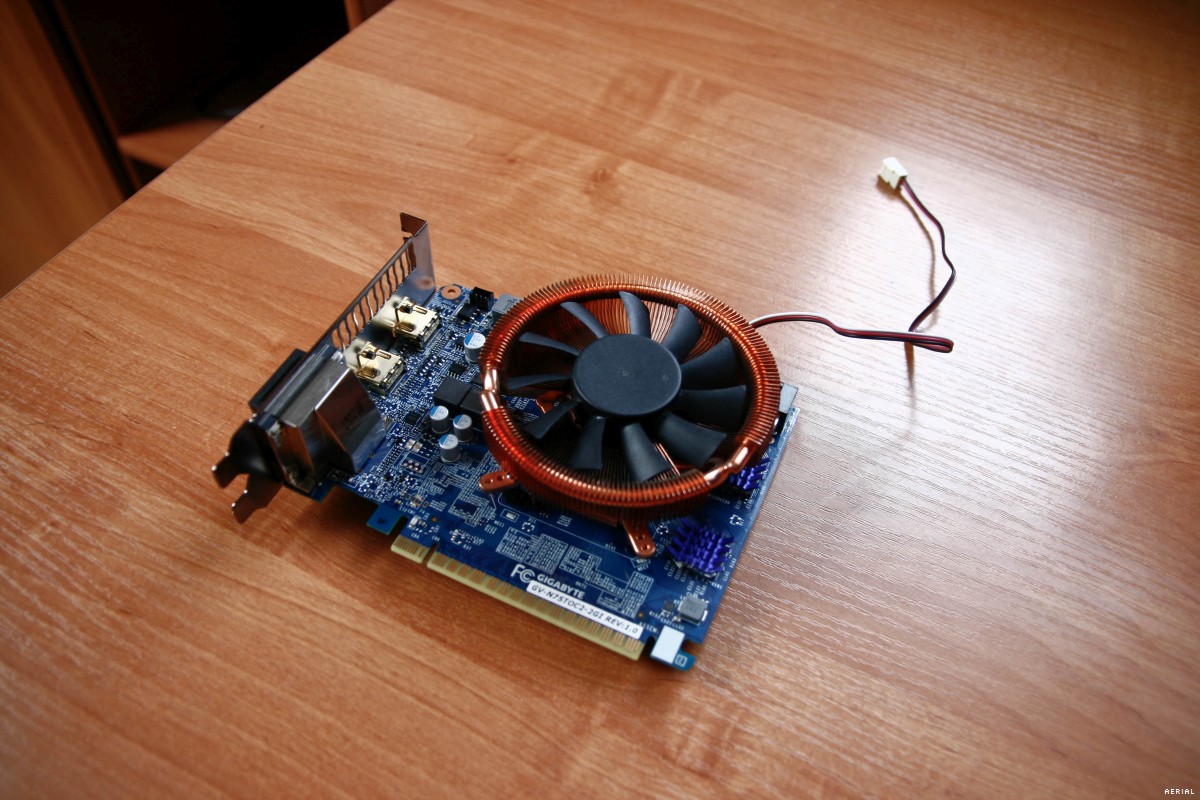 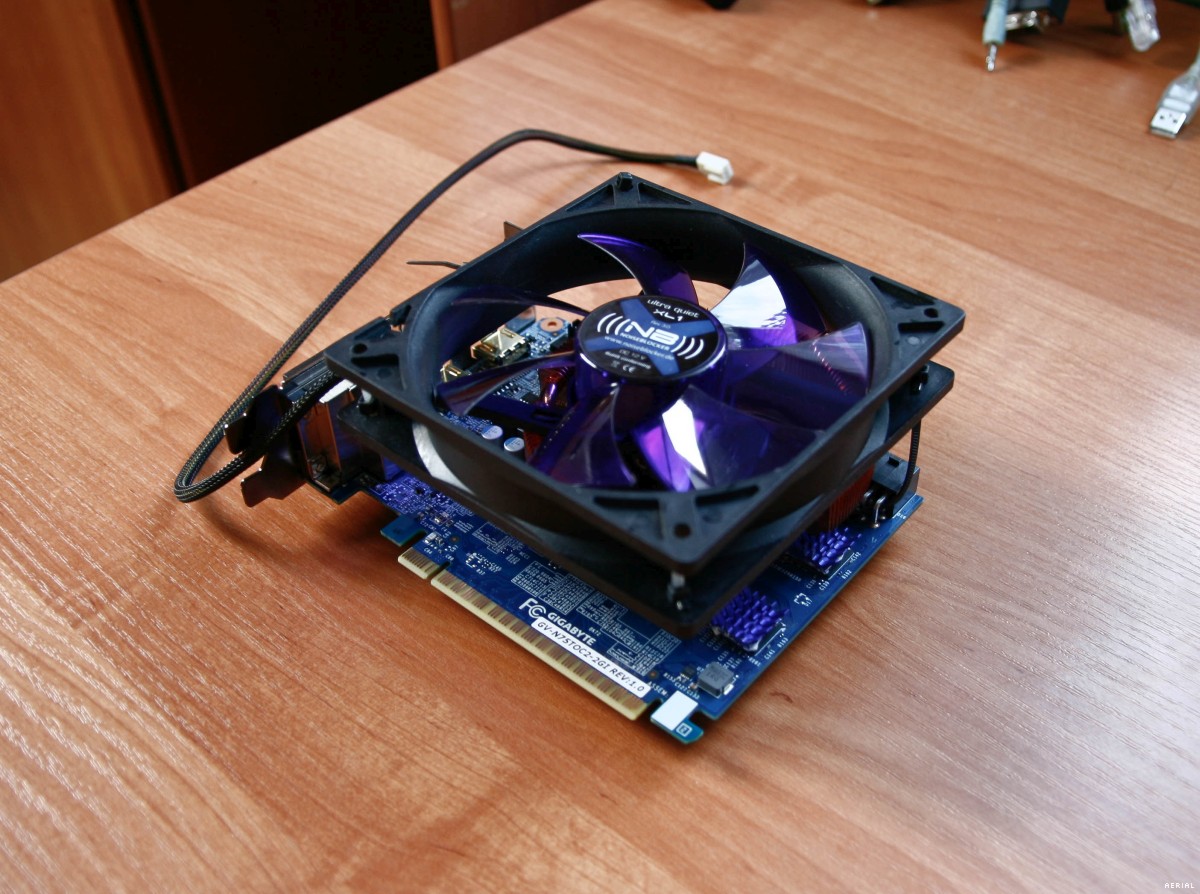 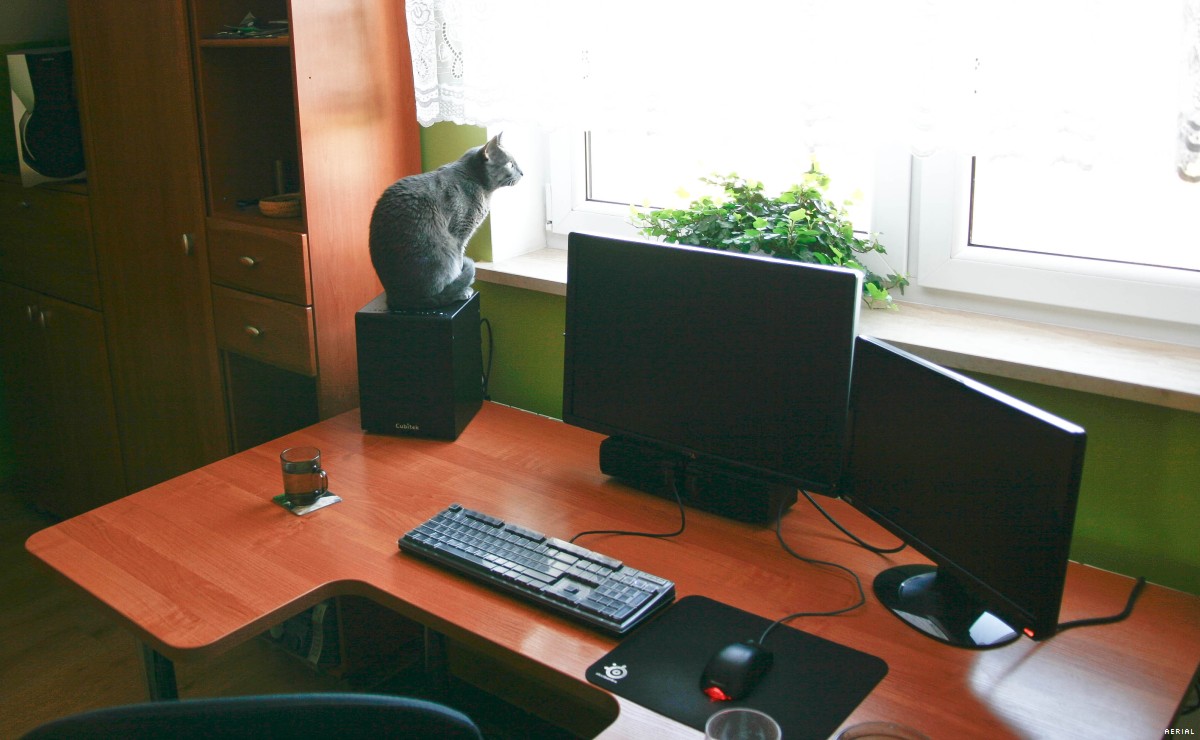 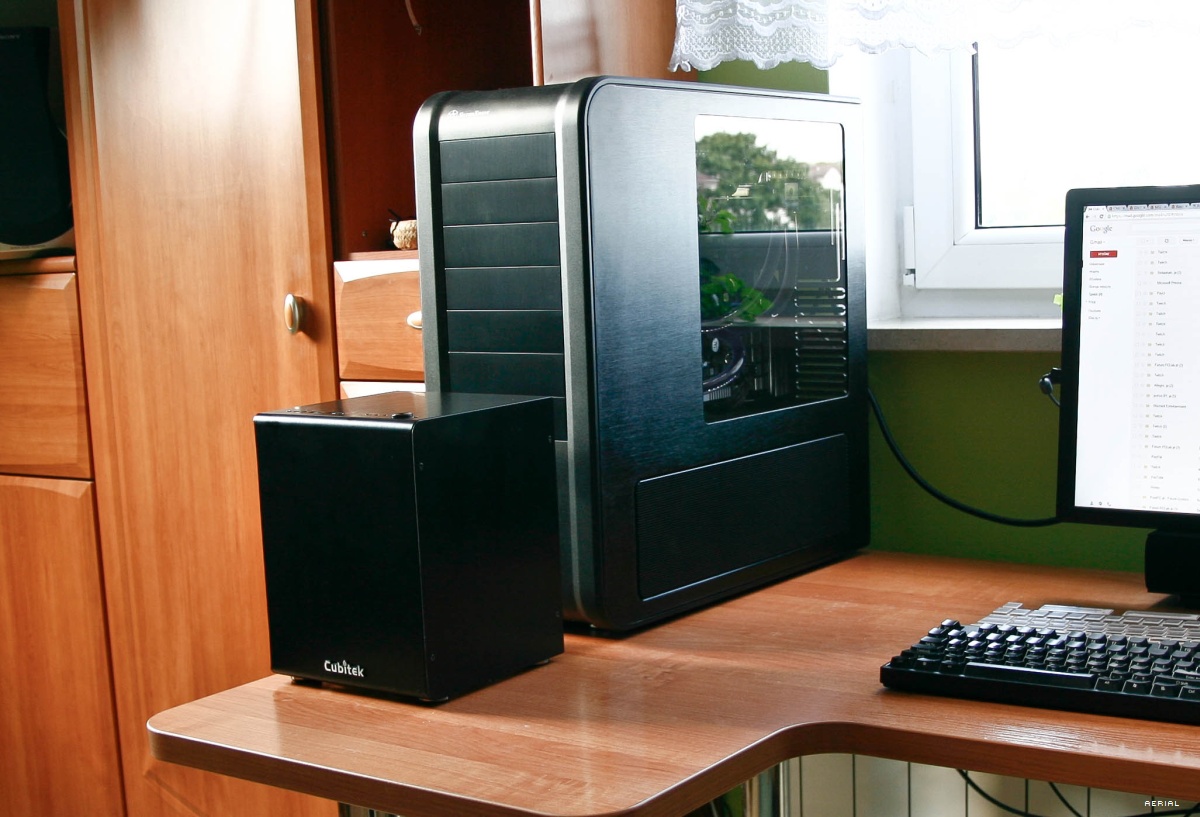 Actually button is quite hard to press, it goes really deep before switch triggers. I rarely use it myself, h81 mobo and power on usb doing great job. Missed that feature in many sandy bridge motherboards.
Top

I wasn't happy enough with gpu load temps, if it is stressed permanently to 100%.

It requires some mods.. 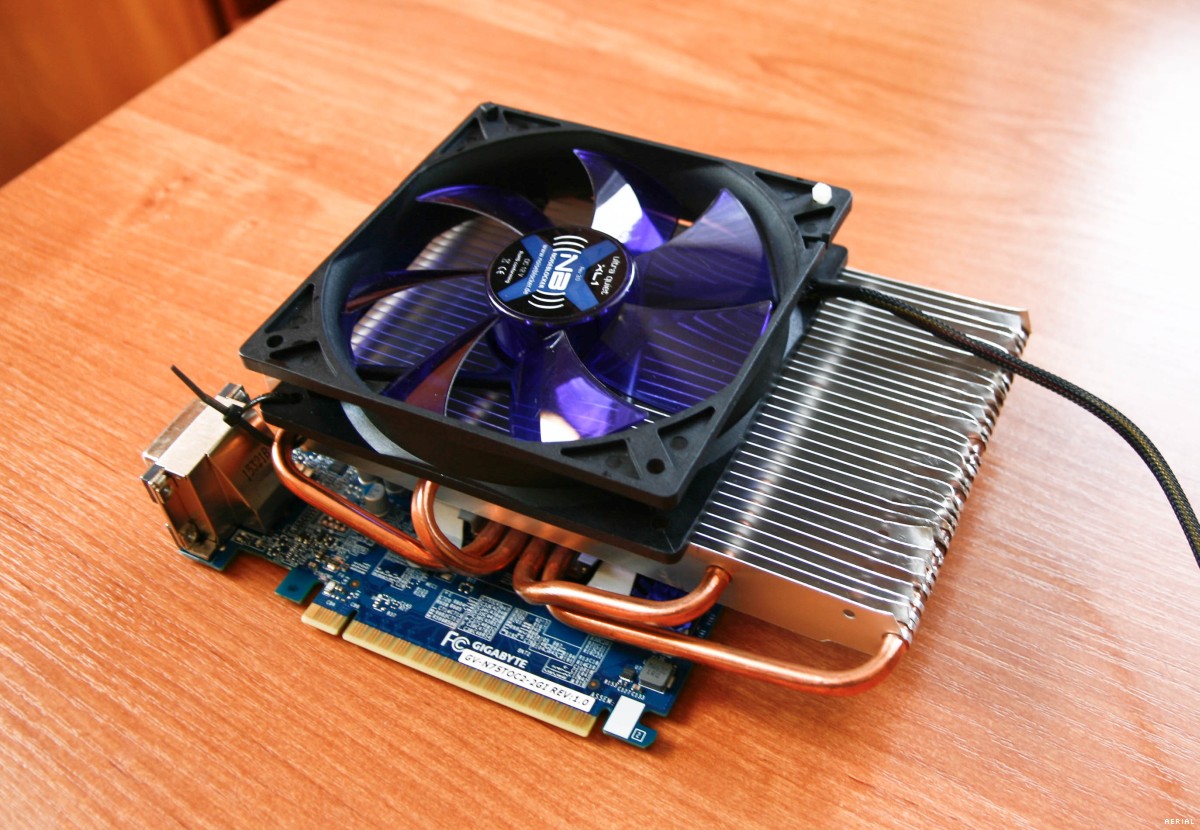 What needs to be done to even install it:
- remove cpu heatsink
- remove gpu slot cover 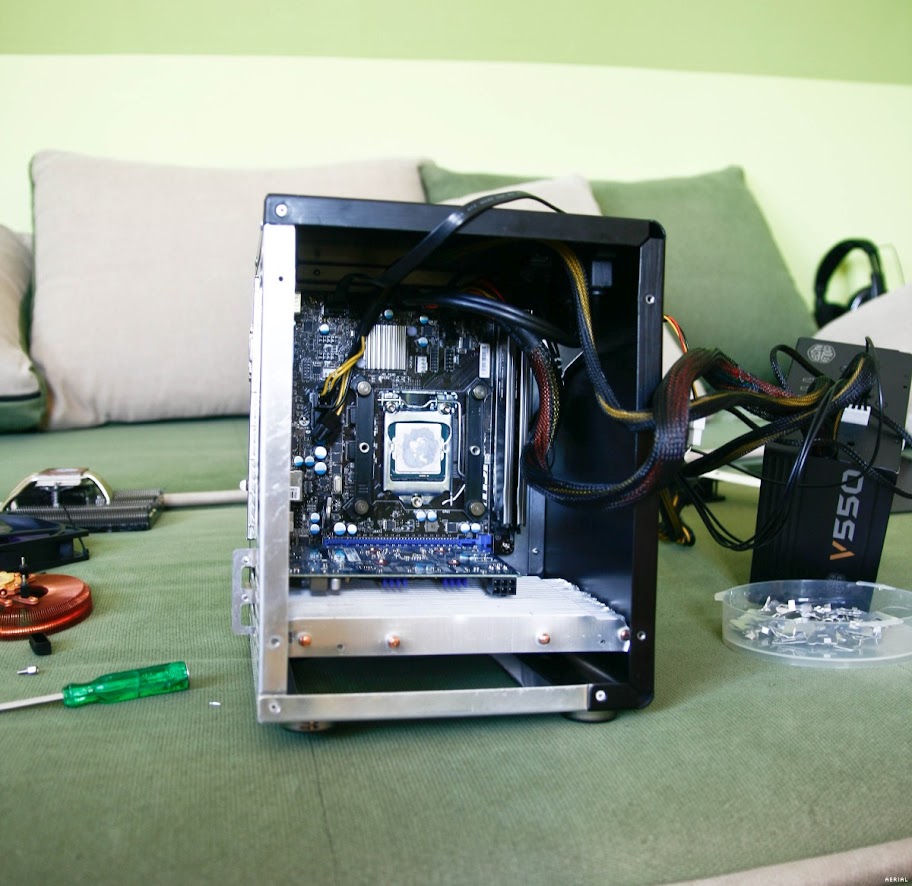 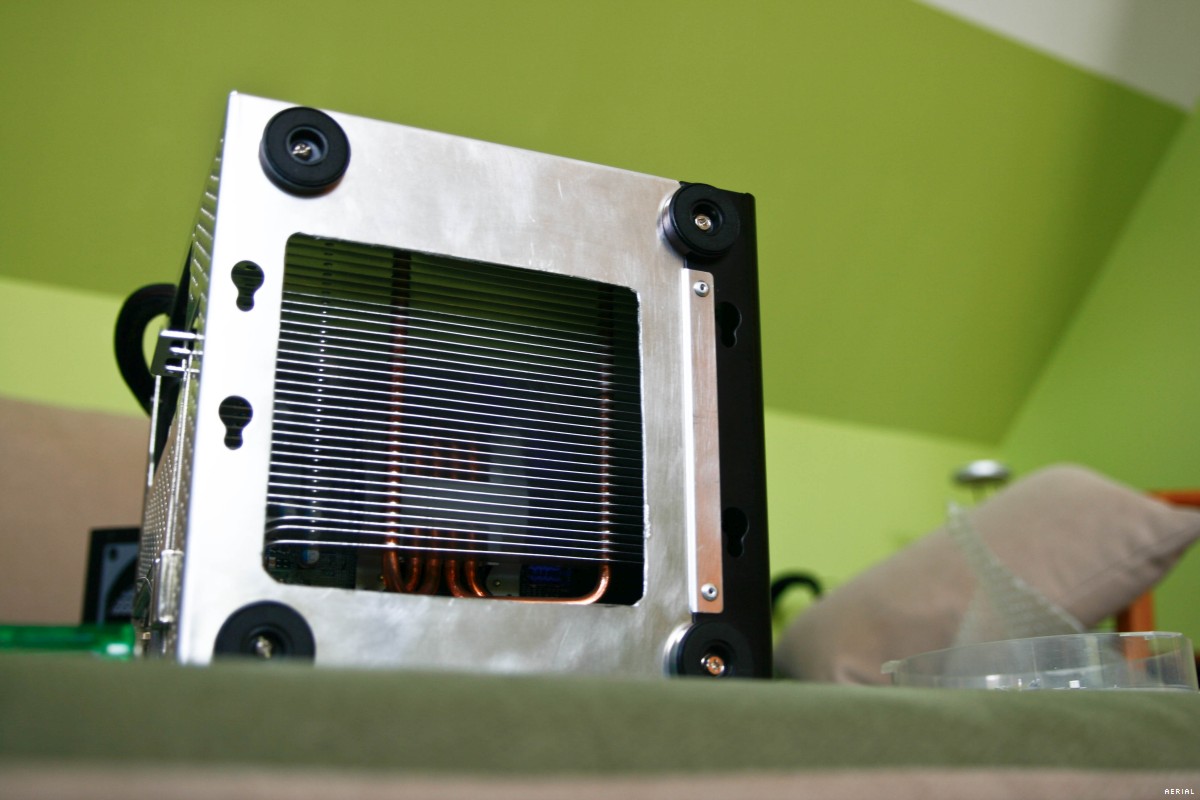 Heatsink touches front of the case, but fits.
Here pic of my "air duct" that prevents psu from intaking air around cpu cooler. 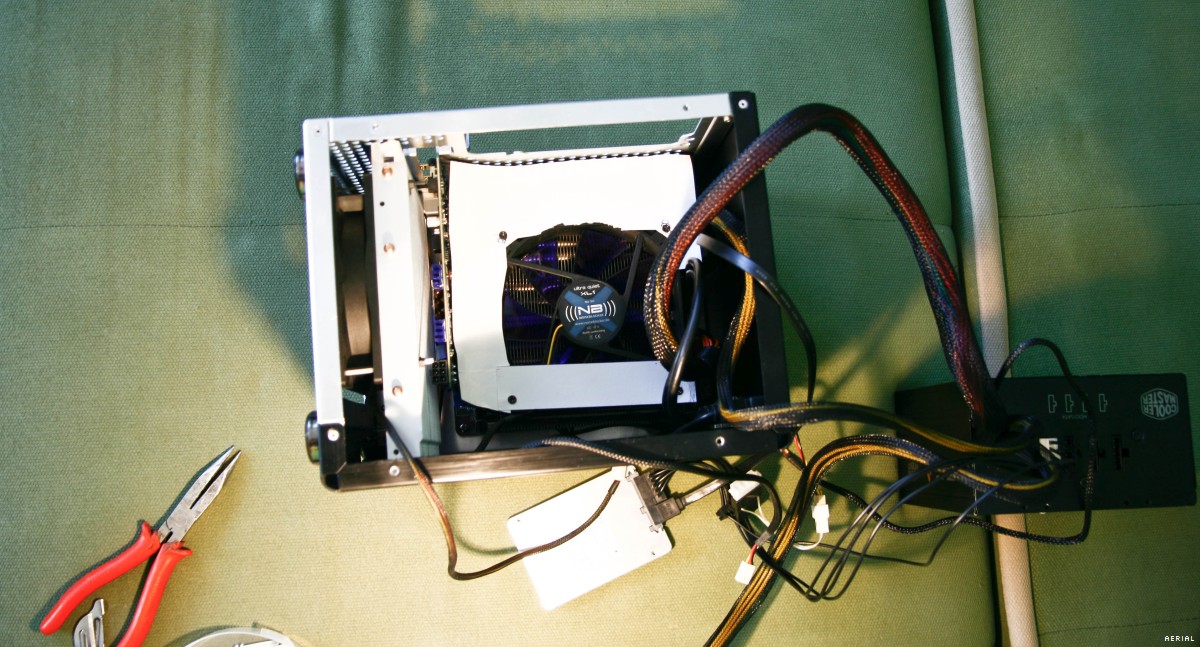 Everything inside the case 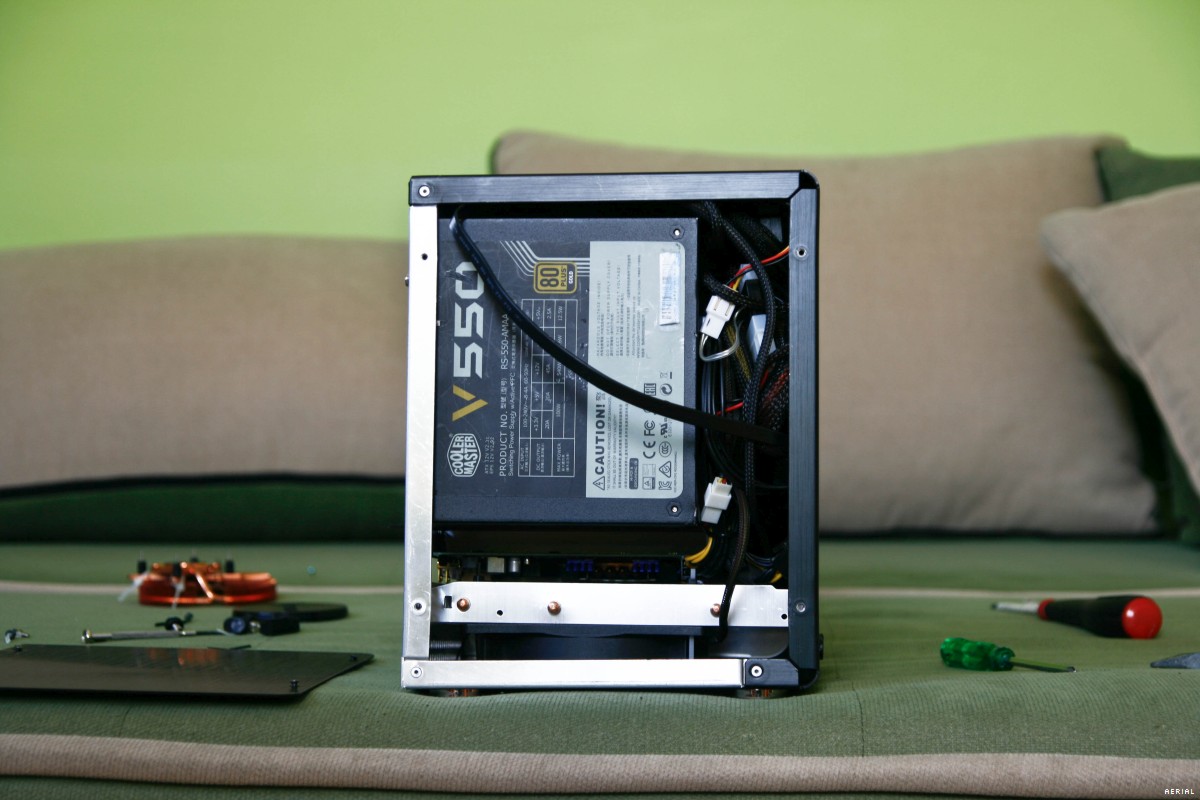