No hardware changes but some improvements in the monitoring of fans and temps and now I can easily see all of them.

Under Linux nvidia-settings provides access to graphics card hardware monitoring in a similar way as under Windows. The trouble is accessing this from anywhere else is harder. As such up until now I have had to read sensors in a mix of nvidia-settings and ksysguard.

I stumbled across a Perl script to bring the nvidia-settings CLI output into ksysguard:
https://gist.github.com/frantic1048/41f ... cb3a4c0336

It wasn't entirely what I wanted so I have edited a bit to also display the fan sensors. Now I have this: 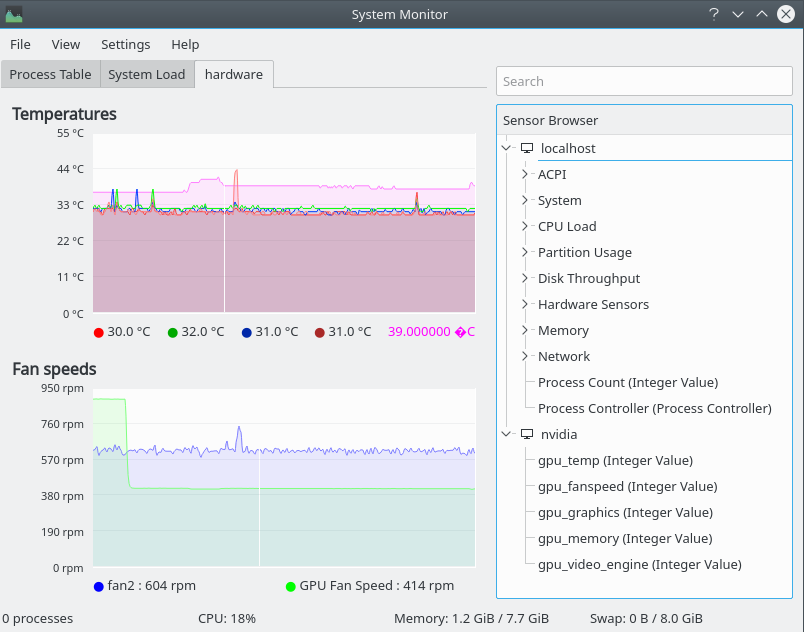 The 5 temps shown are 1 for each CPU core, and the GPU. The fans shown are for the CPU and the graphics card, the only 2 fans in the system, neither of which is standard. NVIDIA's fan control is pretty hard edged when dropping from 900 to 400rpm near instantaneously.

Now that I have temps and speeds recorded in one place it should make tuning a bit easier. A few choice cooling mods might help and then maybe some work on the graphics card fan regime to keep it at a more consistent speed.
Top

And now with some more Perl blatantly ripped from that nvidia script I linked to before I can get the SSD temp in ksysguard also:

Under Windows speedfan is brilliant at putting so much in one place but under Linux you do have to work harder to get the same.
Top

So now that I have been able to get centralise where all of the sensors are displayed I thought I would have a go at at a few hardware mods that I've been contemplated for a while.

Firstly, I thought I would put a small heatsink on the M.2 heatsink: 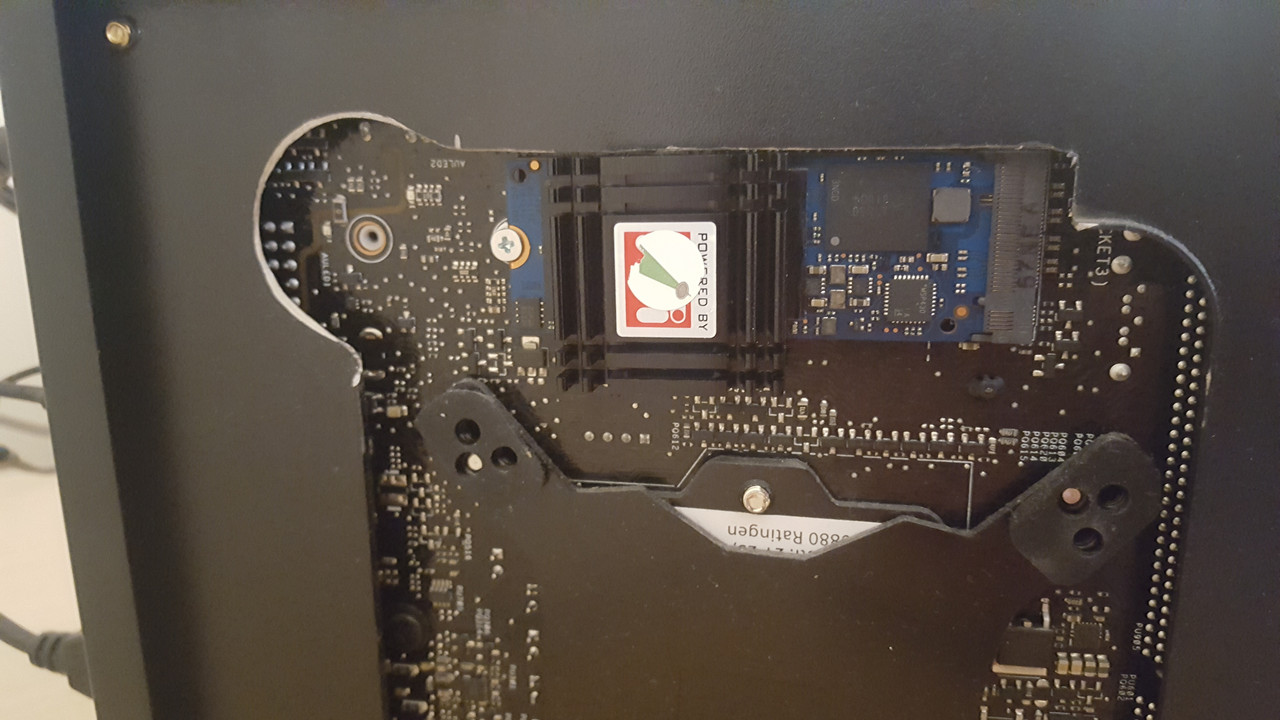 This was from my collection of left over heatinks. Can't remember what Radeon it came off of but obviously a very old low power one! The idea was to try and control the M.2 temps a bit and see if this would make any difference.

The second mod was to drill some holes in the top of the case, 566 in fact: 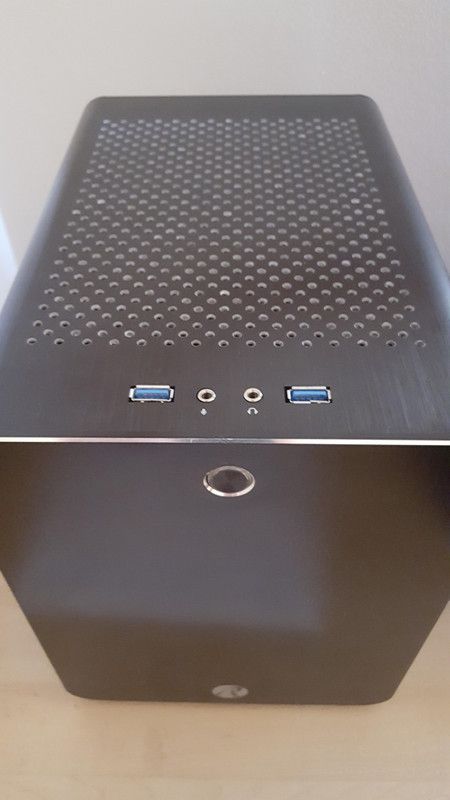 I'm quite proud of this mod. I wanted to make it look professional and to match the rest of the case so I used the side panel as a drilling template. Yes, it was a time consuming job and the anodisation of course is missing from the new holes but otherwise very pleased. The holes are small to match the existing holes so the air flow will only be light but with the size of the vented area it should allow some volume to be turned over.

In terms of effects this is what a Furmark stress test gives:

The CPU is little cooler. Maybe slightly lower case temps have led to a slightly lower CPU temp as the holes aren't close to the CPU. There is a matching slow down of the PWM fan by 30rpm.

The GPU is also cooler which was the intention of the case mod. Cool air should now be able to be drawn in through the top. The fan speed is a little lower but this is NOT caused by PWM control as the fan is maxed out. Instead the reduction in the fan speed is caused by the reduced impedance on the air intake to the fan - if you cover over a fan it spins faster not slower as the air is more inclined to go round that it is forwards.

The SSD temp is the same. This is interesting. The heatsink is definitely doing something as it does get hot but maybe it's not on the right component? This is a double sided M.2 SSD so maybe the temperature sensor is on the other side? It's not the sort of mod that I'd spend money on but as I have the parts I thought it would be worth trying.
Top

The SSD temp sensor is most likely on the controller chip...which is the one chip that needs cooling

True, but of the 3 chips on the exposed side of the SSD, only 2 of them are warm to the touch and those are covered with the heatsink. This suggests the temperature sensor is on the chip on the other side which if you think about it would be the 'worst case' temperature so would make more sense as a position to put your temperature sensor in the design.
Top
Post Reply
65 posts