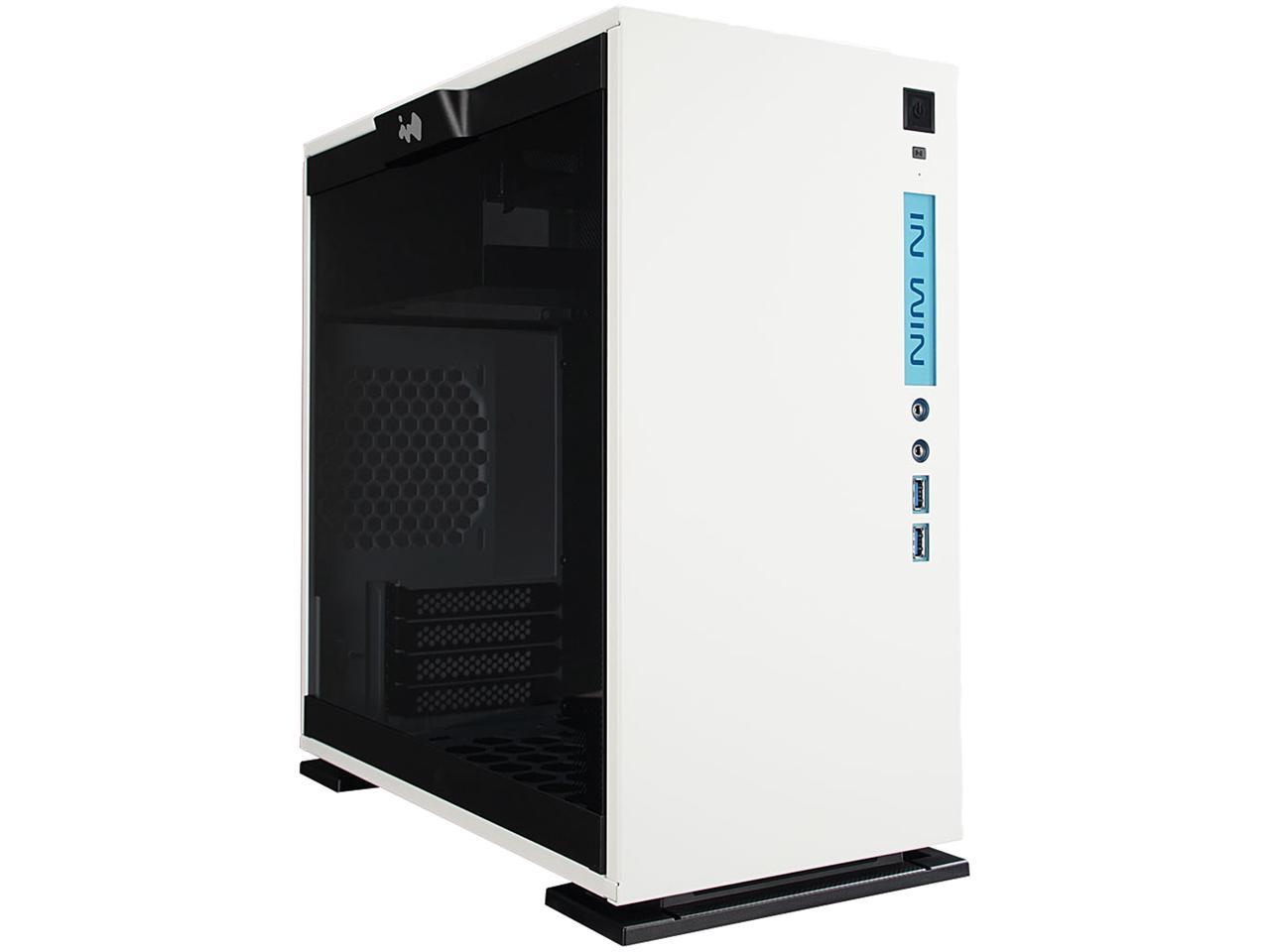 I really like how it looks among all the other mATX cases, of which the very concept I find highly appealing. It doesn't come with any fans, but you can slap 3 120mm Silent Wing fans in it, and I think it might be super quiet.

Reviews on it are very foolish and useless, as they do not even attempt to cool it with such case fans, so there is no way of knowing how it performs in terms of silence and cooling.

Does anyone have any idea, or even personal experience with it?
Top

From that picture, it looks like the the intake is on the bottom, and the exhaust is out the middle of the back? If so, then that seems inefficient.
Sincerely, Neil
http://neilblanchard.blogspot.com/
Top

Yes: Up to 2x120mm fans for intake from the bottom, exhaust in the rear and through the opposite side panel. In-Win illustration.
The PSU is at the top, and also contributes to the exhaust. (At the cost of being cooled with pre-heated air, unlike most other modern cases. But with 90+% PSU efficiency common these days, I don't expect much negative effect from that.)

Why would intake at the bottom be less efficient than the front? Shouldn't it be about the same, perhaps with the bottom intake a bit better for the graphics card and slightly worse for the CPU?

Tilltech: I don't know, but I'm considering the same case. With two 120mm fans at the bottom and a 120mm exhaust fan in the back, plus the exhaust contribution from a semi-passive power supply, I imagine the cooling should be fine. Perhaps not enough for an overclocked Skylake-X or something, but for a standard desktop at stock speeds it looks fine to my eyes.

It will probably not be as quiet as say the Fractal Nano S, which has sound dampening material on the inside, and cases with a window lets more noise through. But if the components (and fans) are sufficiently low noise in the first place - aftermarket heat sink for the CPU, semi-passive graphics and power supply - it should still be fine.

That's what I'm thinking so far, but I'm open for corrections.
Top

The InWin 301 appears to be one of the best micro ATX cases available. Although it is larger than a mini ITX cases, it has one of the smallest footprint (width and length) of any micro ATX case, yet it also is well designed inside and relatively roomy. A large window panel for aesthetics is a bonus and at $75, it's fairly priced.

The downsides include the limited ventilation. It only has vents for a small portion of one of its side. If you are using a power-hungry video card, cooling may not be at its most ideal. It also does not come with fans, but this is not an issue if you were planning to not use stock fans anyway.
Top
Post Reply
5 posts • Page 1 of 1