Story of my computer @ home

Story of my computer @ home

So I guess during the summer of 2014 I was kinda busy enriching my home, in retrospect I went too fast which caused things to fail.

Here is a bad picture of that case mod lol: 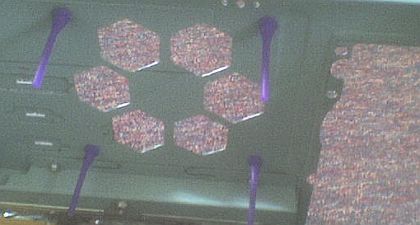 So now I had a system running in the HQ45 (from 2000) with at least one rear fan in addition to the Tagan TG330-U01 since that PSU was not drawing air from the PSU. And my system lived happily ever after. Until I decided it was time for a new case, which would be the Antec P180 mini. I sourced a new exemplar from a second hand site. He was selling for about 70 euro but it was a new product.

Unfortunately I thought he was selling for too low a price, and this was gonna be some amazing part of my home, and I wanted to pay a normal price for it. I offered to pay extra, he gruefully accepted, and as it turned out he did not really like it, and he was actually selling a unit that belonged to someone else that he was not on speaking terms with anymore. It had been a good friend but let's say his girlfriend switched sides. And that is why he was selling it so cheap. And I at least wanted to pay a normal price for it; so I wouldn't take part in buying some semi-stolen object. The guy went along but it didn't feel right and he never upheld his part of the deal in acknowledging the extra money. But he had already sent the case.

So I had this case and I thought I cannot build my life on this. Someone else's broken relationship and all the bitterness and vitriol that came with it. Is going to be the basis of the most important object in my life, in terms of my computer being what I am; a programmer. A computer specialist. I didn't want something shoddy, which is why I wanted the Antec case, but a good one.

I argued with the guy and said I would send the case back if I had to. He was upset and flabbergasted, disgruntled even, and didn't go along. Eventually I didn't send the case back, but without a note as I didn't have time for it. So I never got any money back either. That was many months later, actually.

I should still have his address, so I can still send him something if the time warrants it.

He probably sold it again.

Then shit happened (way before I sent it out) and I was really forced to acquire a different case at a local store at a moment's notice, so I could at least put my system back together.

So that same system (partially broken, you could say, due to a static electricity discharge problem) is now in a working state in a - to my eyes, cheap - Cooler Master Silencio 550 case. I think it is ugly, the internals/metal is really cheaply done, but it did the job back then.

Later on as I was residing somewhere else, I did a acquire a new (second hand) Antec P180 mini white, that just has a bit of solar discolouring due to excessively standing in the sun. Shame. Maybe there is a way to bleach that. But in any case. I bought a new system which is in my sig today.

So that ugly system at home still remains. I also still have the AOpen case. And now the second hand P180 Mini White.