):
1) Scored free 8500LE; fan was physically missing
2) Had to remove the epoxied HSF from the GPU and cleaned it
3) Using super glue and Ceramique, mounted a northbridge heatsink
4) Profit

So, I went to a buddy's house to re-do his computer. That involved cleaning out his computer (dust+++), installing some new drives (160GB Seagate to compliment his dual Raptors), putting in a new CPU cooler (Vantec Aeroflow2), and reformat his computer (just bogged down). Instead of paying me cash, he gave me his old Radeon 8500LE (128-bit, 128MB Samsung 5ns TSOP, 40mm fan). The fan broke off the heatsink. It was enough of an incentive for him to upgrade to a 9800 Pro AIW. The 8500LE sat there unused for a long while.

Change the cooler, right? No big deal. I figured the 8500LE would get away with fanless operation, given enough surface area in the thermal solution. The only problem is that the 8500LE has no mounting holes around the GPU, and the cooling solution is epoxied onto the GPU itself. Let's just say it took a lot of fanless gaming in order to melt that epoxy.

Used the flathead screwdriver and card to pry up the heatsink. Cleaned off the core (with dad's industrial strength mold cleaner), got myself a Zalman NB32J northbridge heatsink, Ceramique, and some Loctite super glue. Spread a nice layer of Ceramique (the heatspreader is convex) Put four small dabs of glue on the four corners of the GPU, and laid down the heatsink. Put a couple of dictionarys ontop to give the heatsink some pressure while it bonded.

It blocks the adjacent PCI slot. It should also cool better than the old stock HSF (even with this new fanless design), seeing how epoxy was only covering parts of the GPU heatspreader. The default clocks are 250/200; I've clocked the card up to 250/250 so far, with no artifacting.

Anyhow, here are the pics. 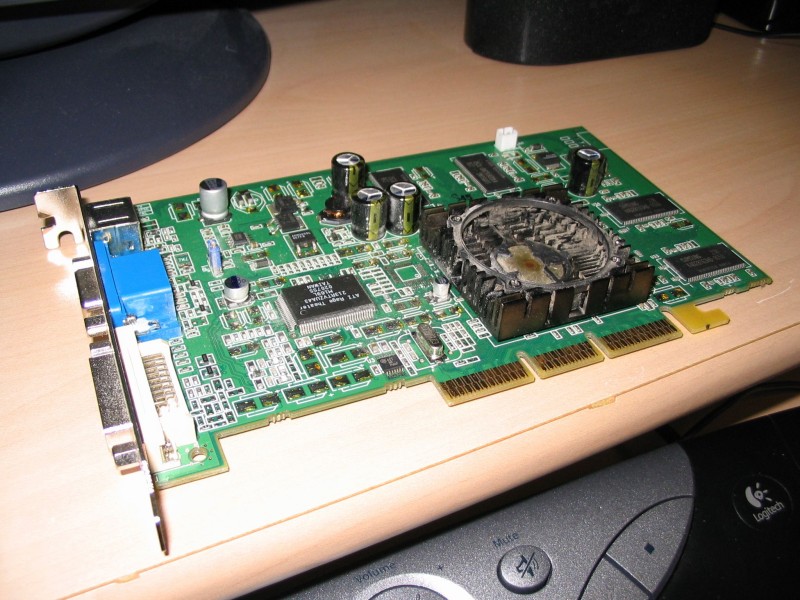 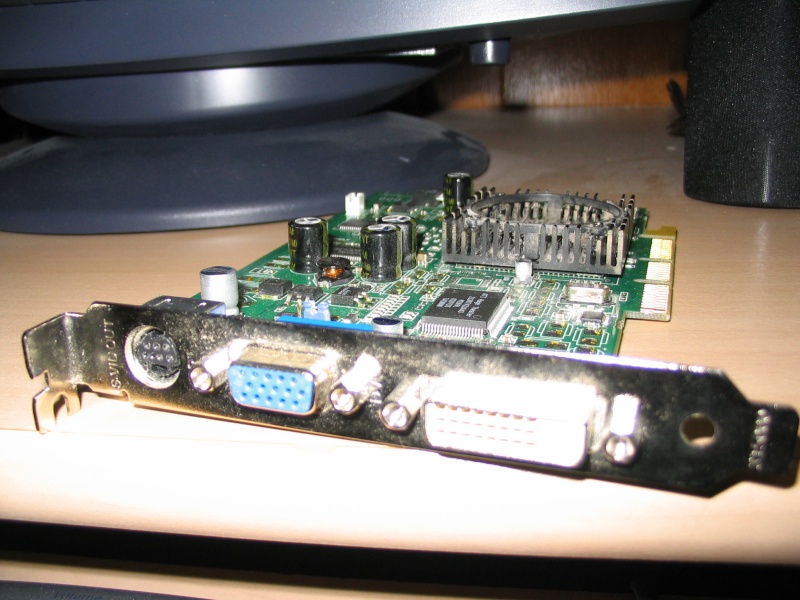 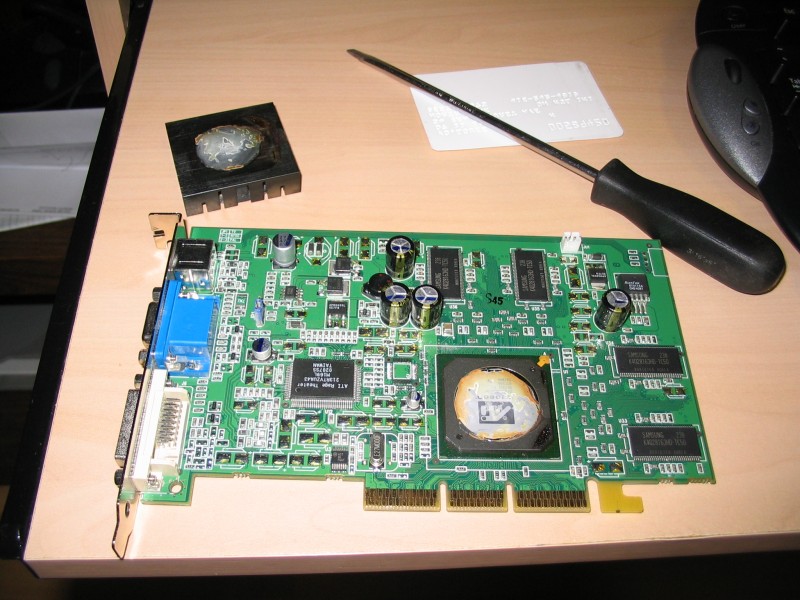 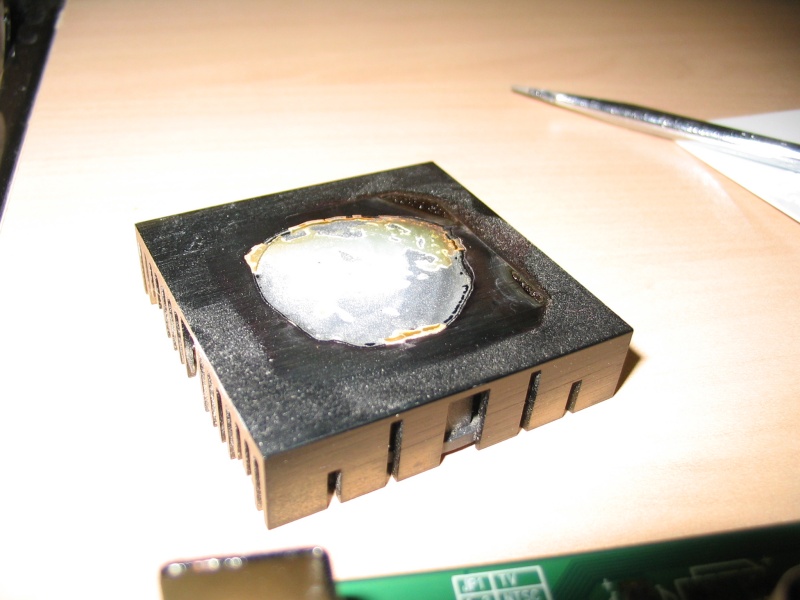 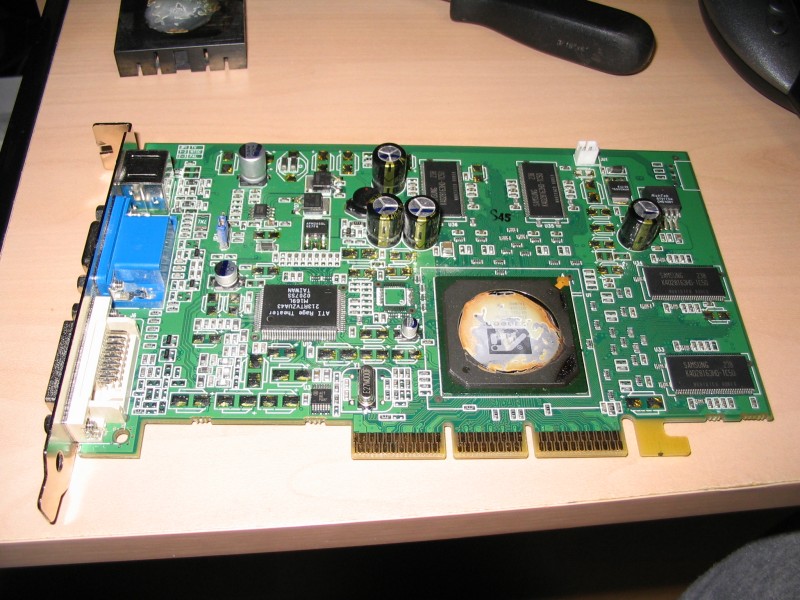 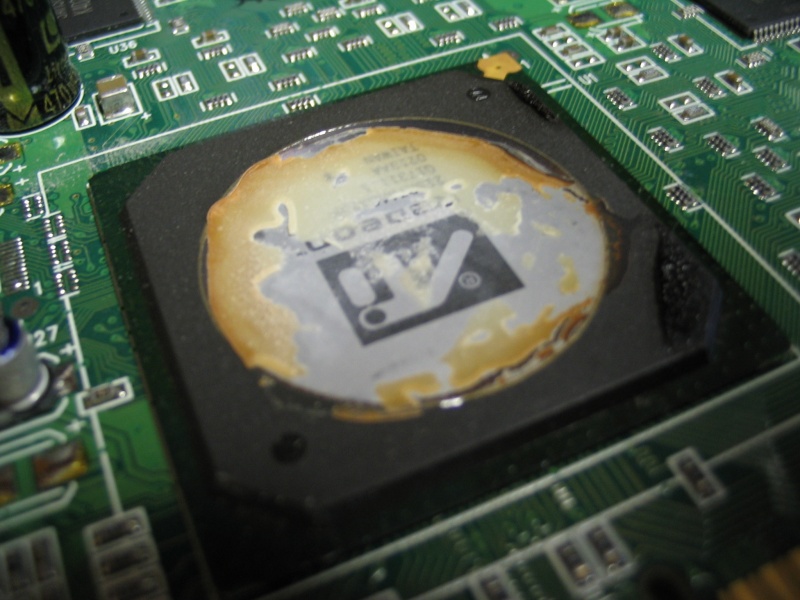 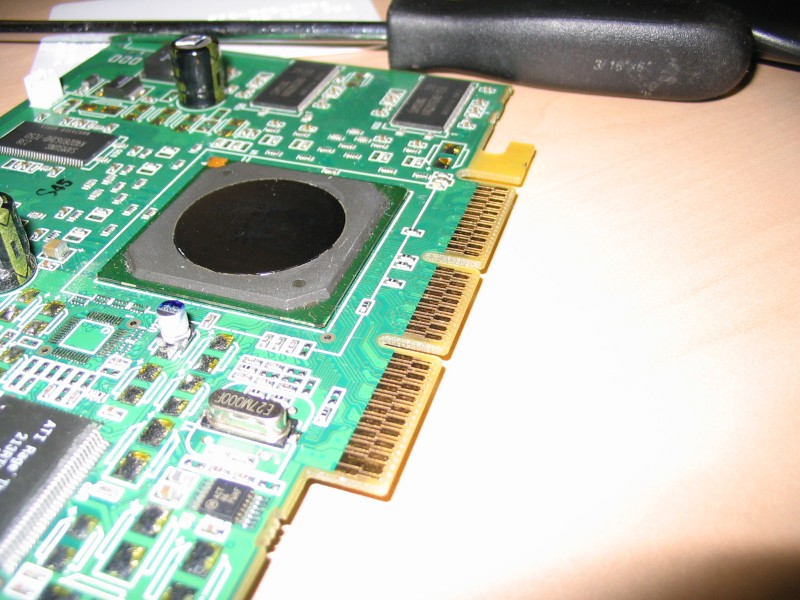 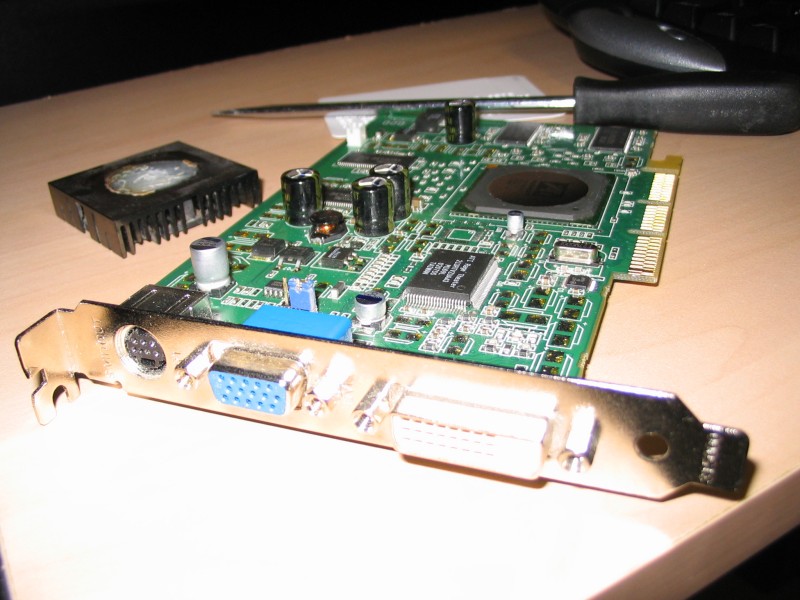 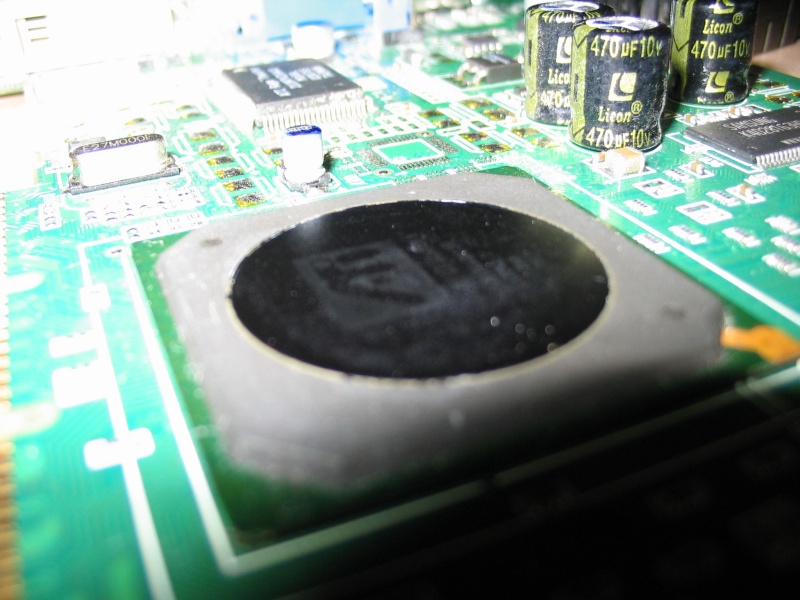 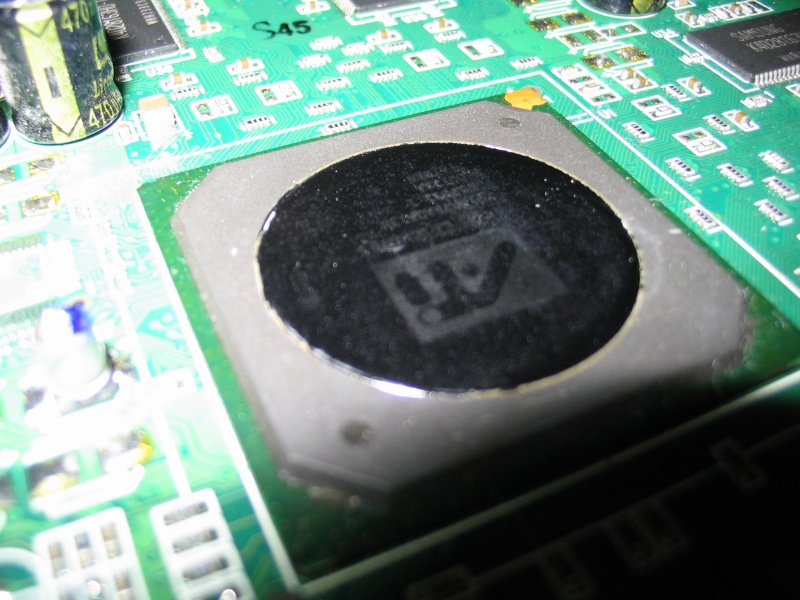 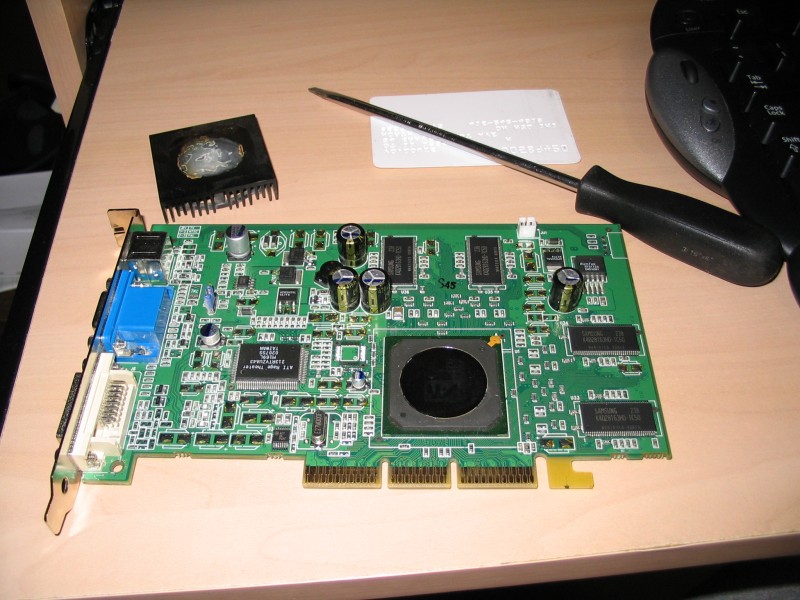 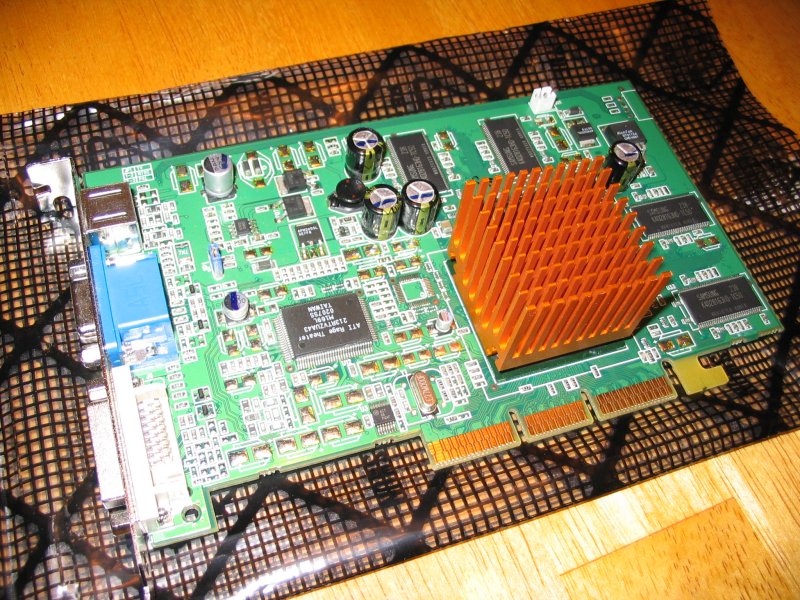 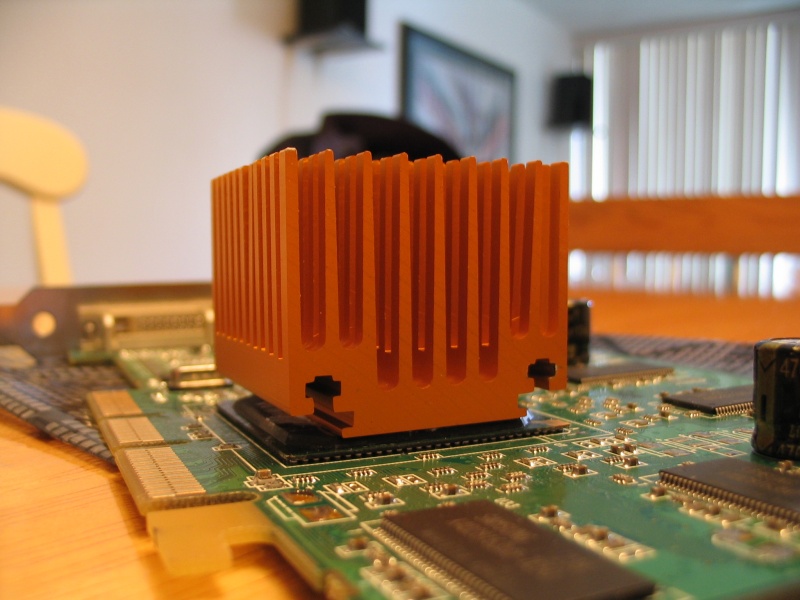 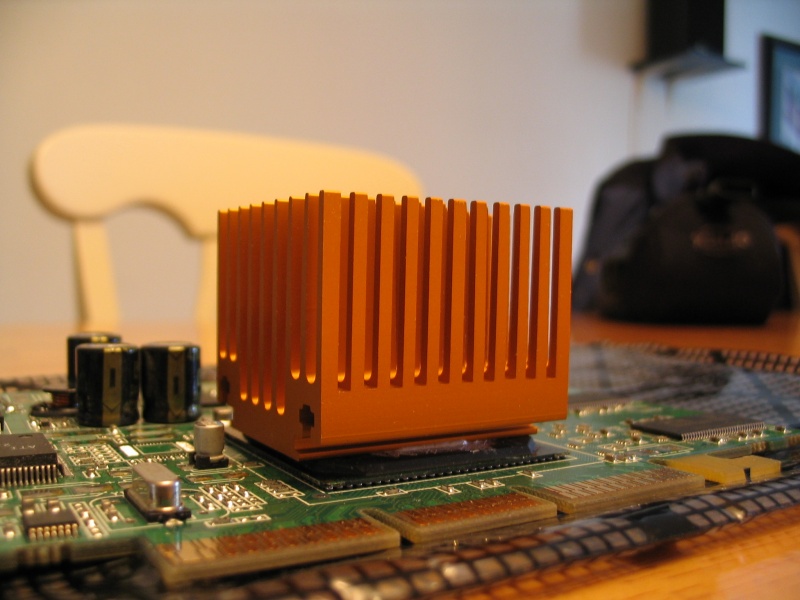 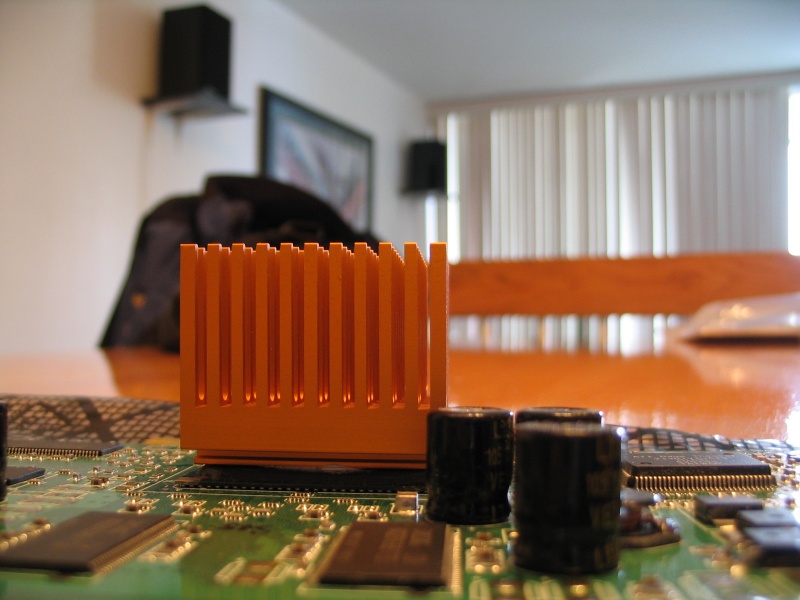 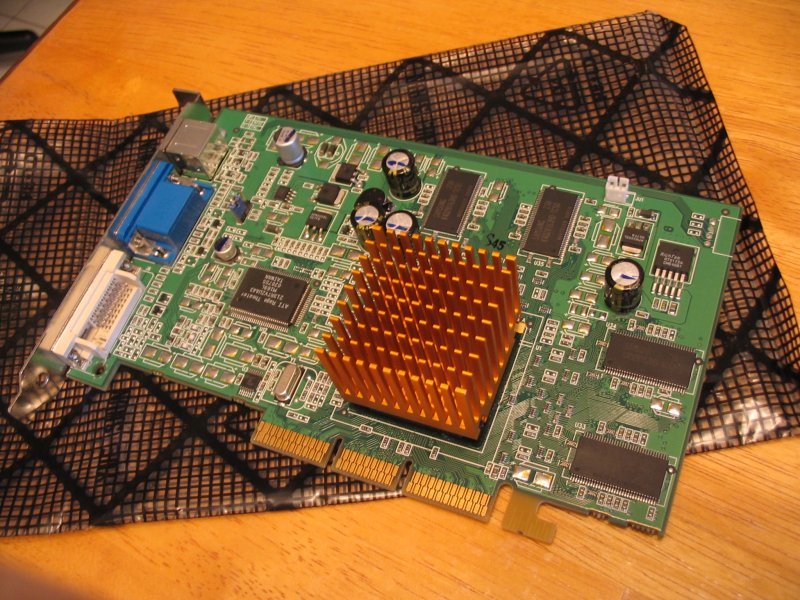 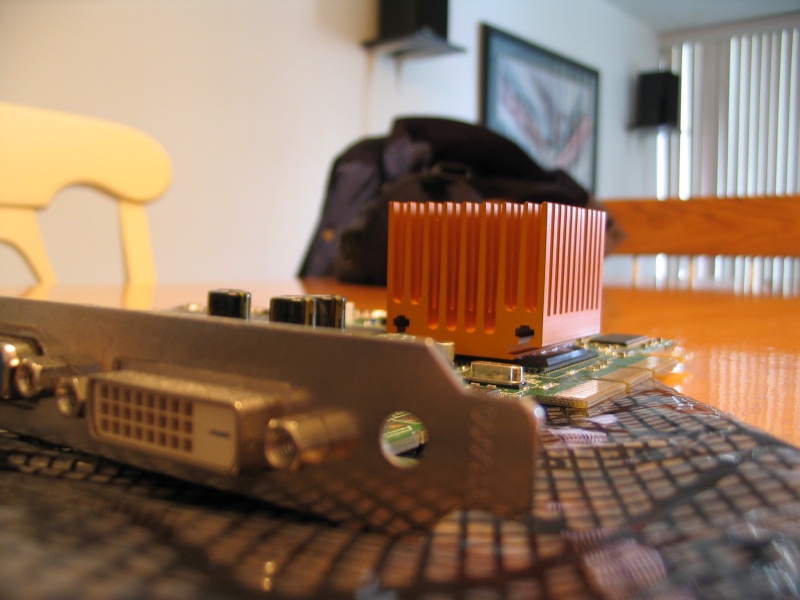 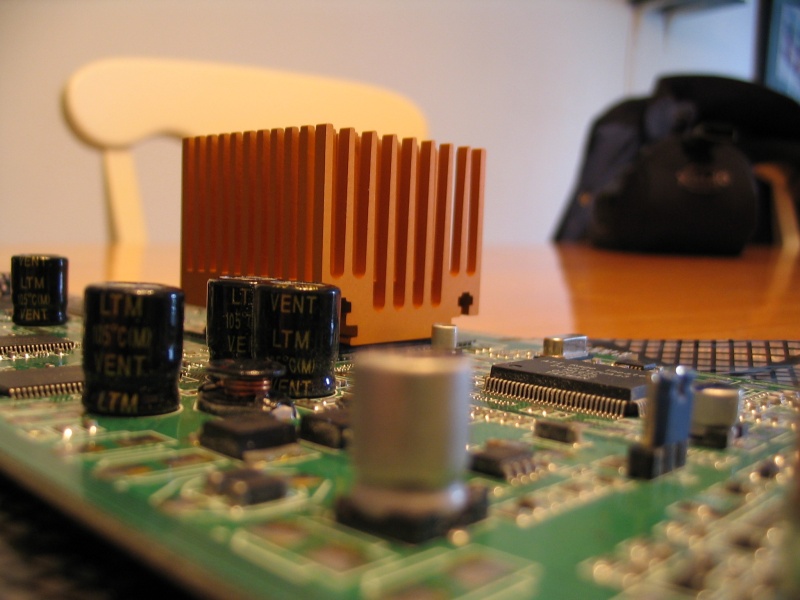 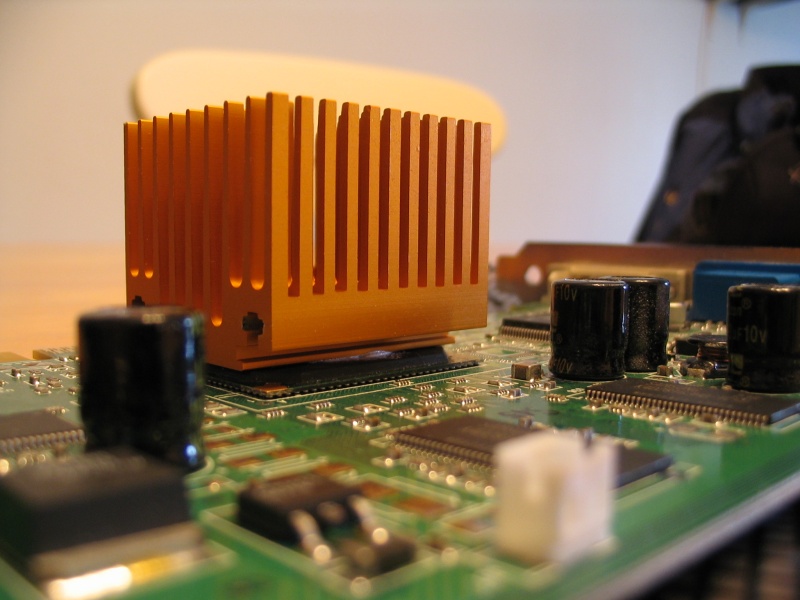 (this is not my system, it is another friend's; I was hoping it would be a temporary upgrade from his GF2 MX) 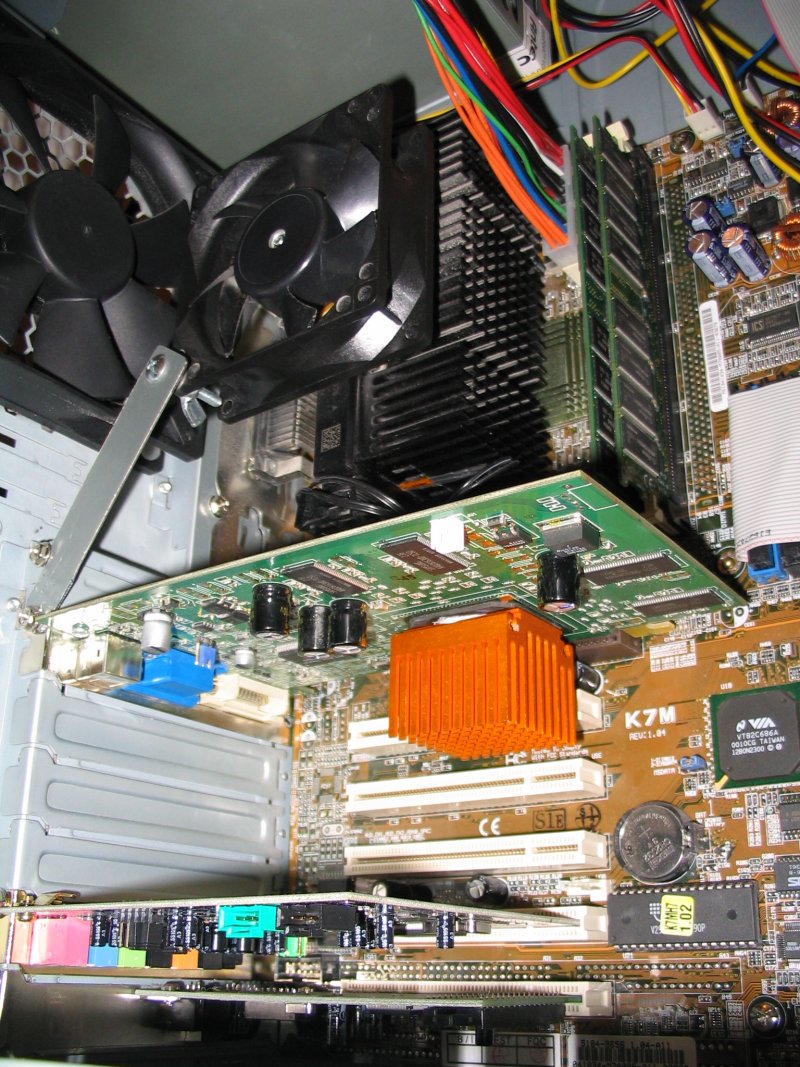 Nice pics. I had exact same card for two years and when my fan started rattling I just took it off and that was it. The card ran fine, even during the 3-4 hour gaming marathons.
Top

Perhaps availability? I haven't seen any of them being sold in the Toronto area.

Every 8500 that passes through my hands gets a quick HSF mod done on it, much the same as the one shown here. Good work, though methinks you went a little camera snap-happy

The card on the first picture looks just like my 8500. Runs flawlessly for three years with no fan. You could have left changing it into passive one at that stage

BRILLIANT !!! This is my exact card. I ahve my own personal walkthrough on how to fix the NB ive wanted to ad for ages !!!

Dude, thanks for the heaps of pics !

Why didnt you use the thermal adheisive that came with the 32 ?

Im new to the whole sticking stuff instead of fastening.
Top
Post Reply
11 posts • Page 1 of 1