This is just a bit of an ugly picture of my (future) KVM setup. 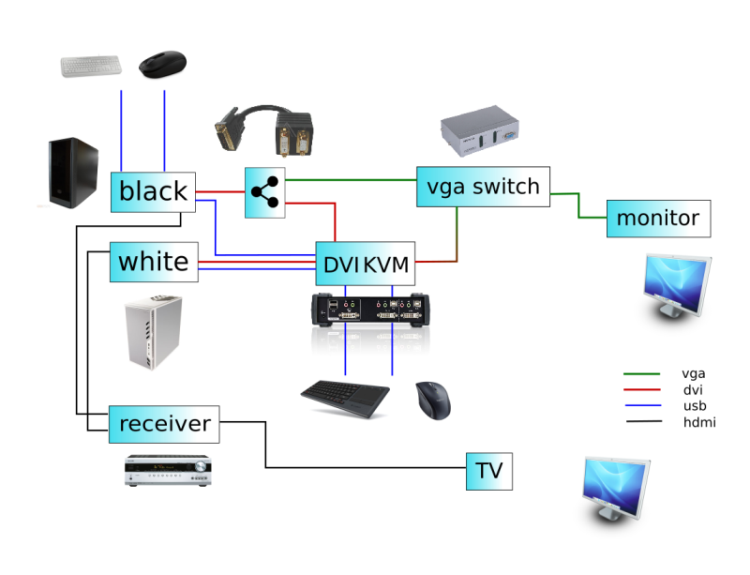 Normally KVM is connecting one monitor and set of input devices to two computers.

So in the situation you see above I have:

- The black keyboard and mouse (from Logitech) will (in this situation at least) control the KVM that can switch its output (monitor) to the computer being selected as well as that computer is now controlled by that Black Logitech Set.

- The white keyboard and Microsoft mouse will (in this situation) control just the Black computer.

- The Black computer (mouse + keyboard) set user (so the Logitech user) (if that's not too confusing) sitting at the TV can then control both Black and White (computer).

- The person with the remote for the Receiver can direct the image displayed on the TV.

- The person wielding the remote or control or location of the Switch can ultimately direct the image on the Screen of the Monitor.