Finally we have reached the penultimate update of the silent Lian Li! I got my Arctic Cooling S1 Plus heatsink at last and installed it a few nights ago. I thought their G1 thermal adhesive was going to be hard to work with as after I applied pressure and let go, the VRM sinks slid around, but luckily after curing for a few hours they didn't fall off and I was able to mount the actual VGA sink. First off, it's BIG, but not ginormously so, thus most cases will be able to swallow it. Secondly you really do have to check the heights of any capacitors on the board itself, as it JUST clears the tops of the capacitors on my MSI 7770:

View from the front intakes, relatively unimpeded, straight to the two passive sinks. I may build a duct for the bottom fan to channel air directly to the GPU and out the exhaust, but temps look fine at the moment, we'll see.

I used MSI's Kombustor to stress the GPU for an hour, and as you can see the max temps reported by Afterburner (and Hardware Monitor) was around 75C (it plateaued there and wouldn't go higher, and in fact started to drop).

I had some braided wire left over from suspending my Ninja and used it to brace the GPU sink as well. Instead of drooping down, it hangs perfectly parallel.

By the way whats the deal with your USB 3.0 header connector, it's an adapter, an accesory bracket. Just recently got this case but the have just one USB 3.0 port and is attached at the back but that is not that clean looking.
Top

By the way whats the deal with your USB 3.0 header connector, it's an adapter, an accesory bracket. Just recently got this case but the have just one USB 3.0 port and is attached at the back but that is not that clean looking.

I believe you got an earlier revision, the later revised ones do come with one USB top panel connector.

Just picked up two 80GB Raptors for a measly $15, RAID 0 stripped setup! Never had Raptors before, couldn't justify the cost, so now since they're dirt cheap decided to buy a couple of them. Unfortunately, the performance simply isn't there when compared to my ancient Intel 330 SSD, even in RAID. In addition, there was indeed a high pitch whine (even after suspending them!) and some users on here pointed out stripping the Icepack helps alleviate this issue. You know what? It does! Right now they're pretty quiet, and I have them set to spin down after 5 minutes of inactivity, so no extra noise. I used four loops of thin fabric elastic (black of course) from the sewing section at Wal-Mart per section (think that's a lot of redundancy).

Had to redo all the cables to install the cage I took out unfortunately LOL.

Some pics (also included my first attempt which still had the Icepack installed): 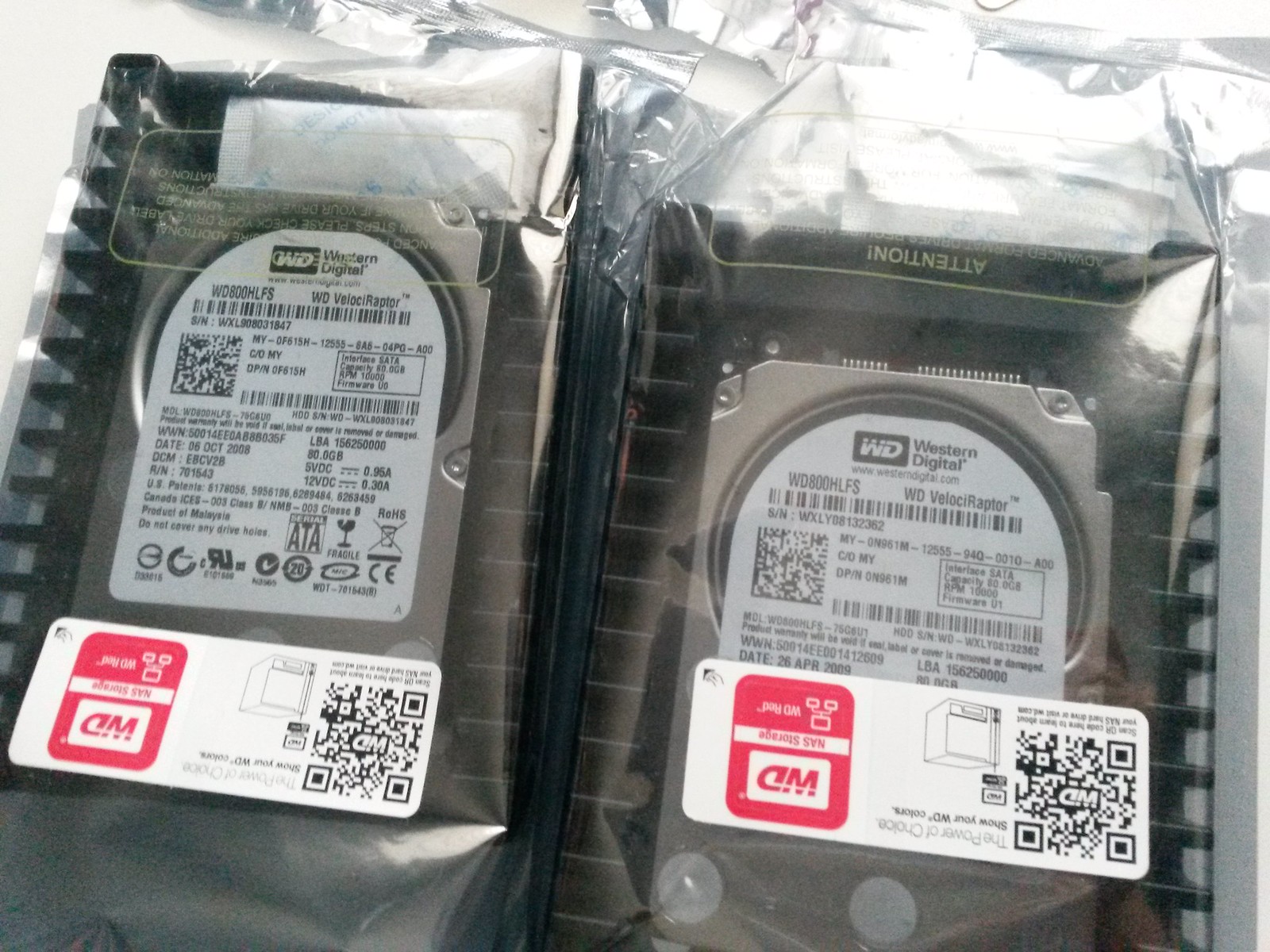 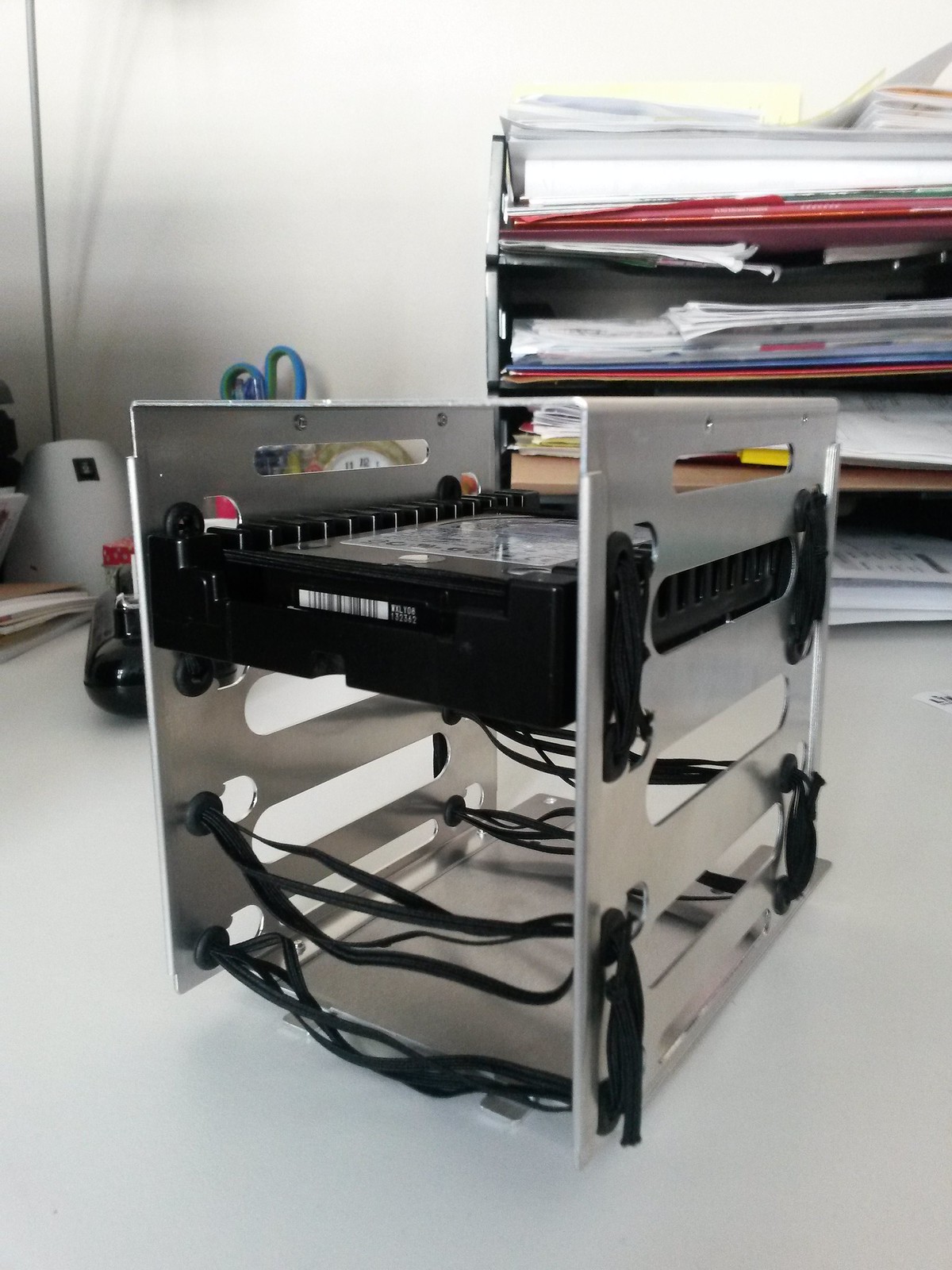 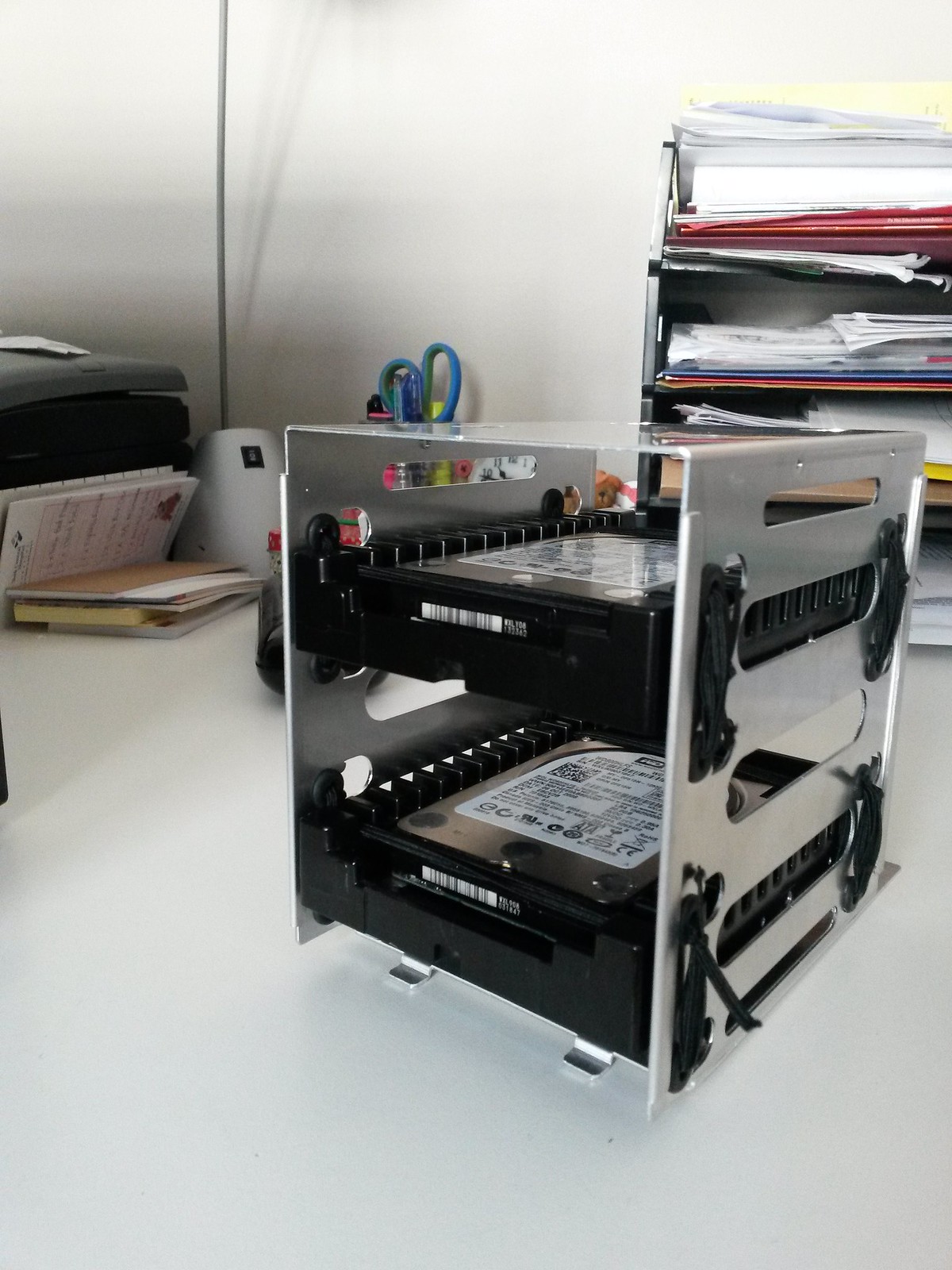 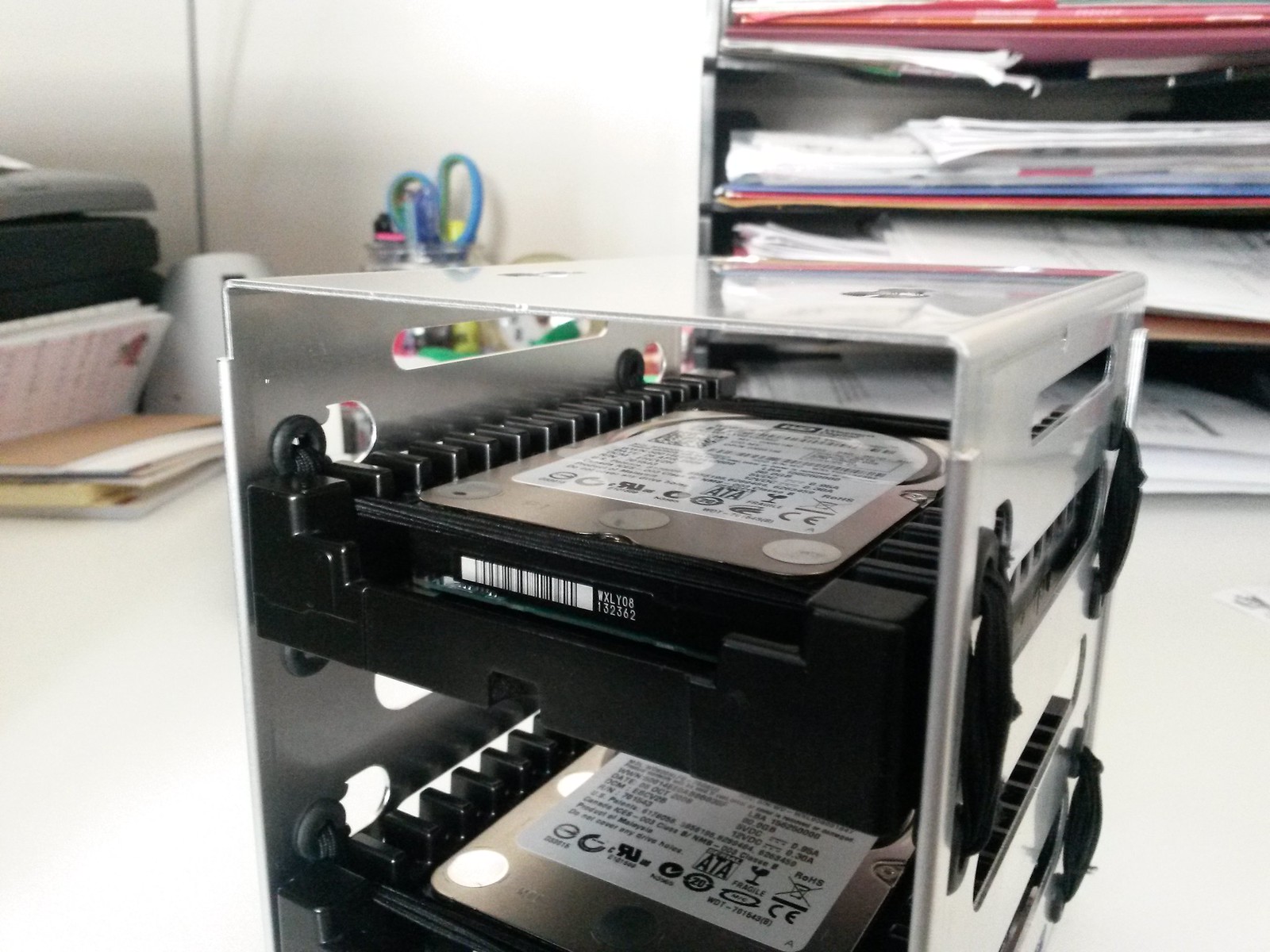 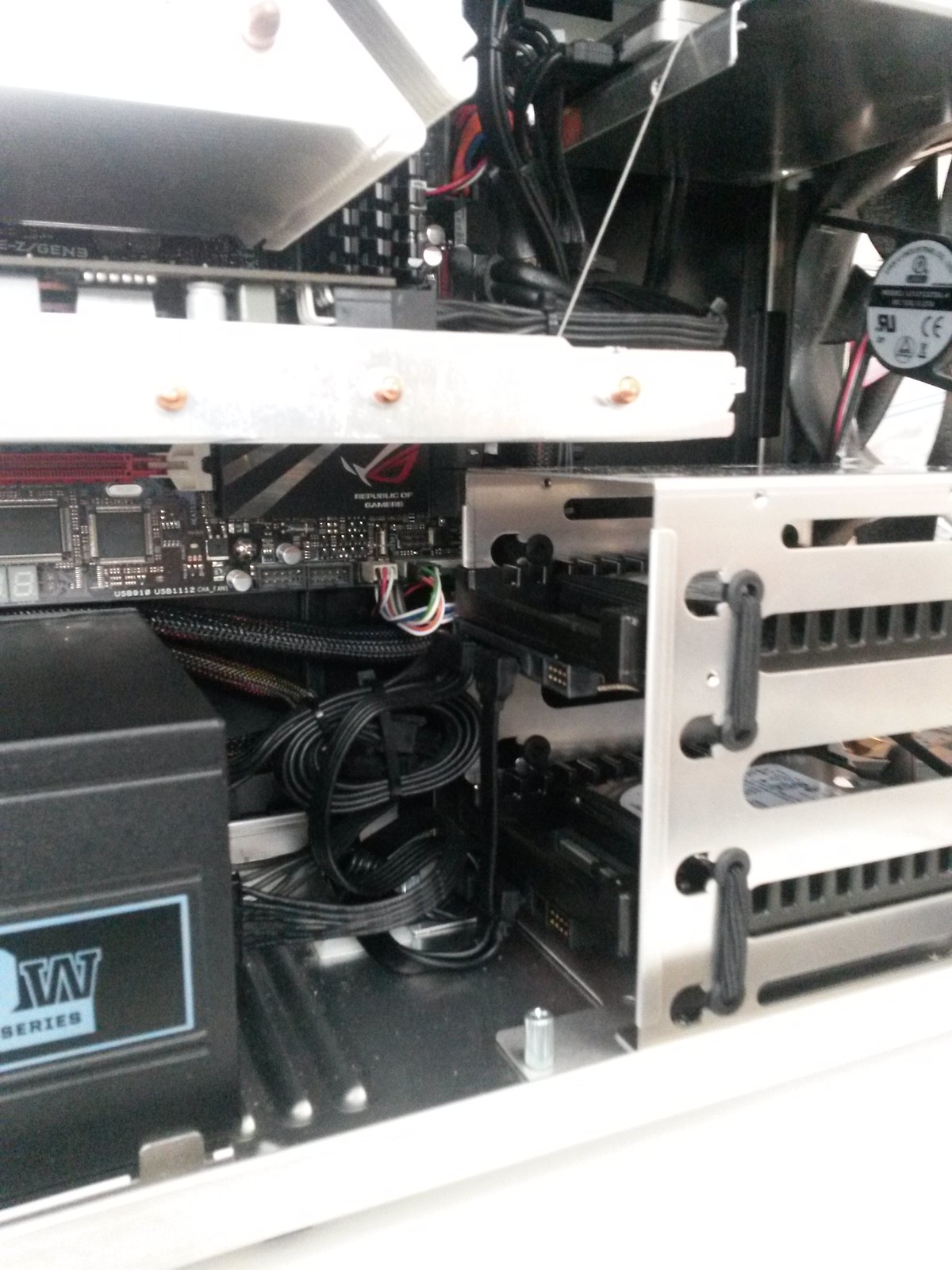 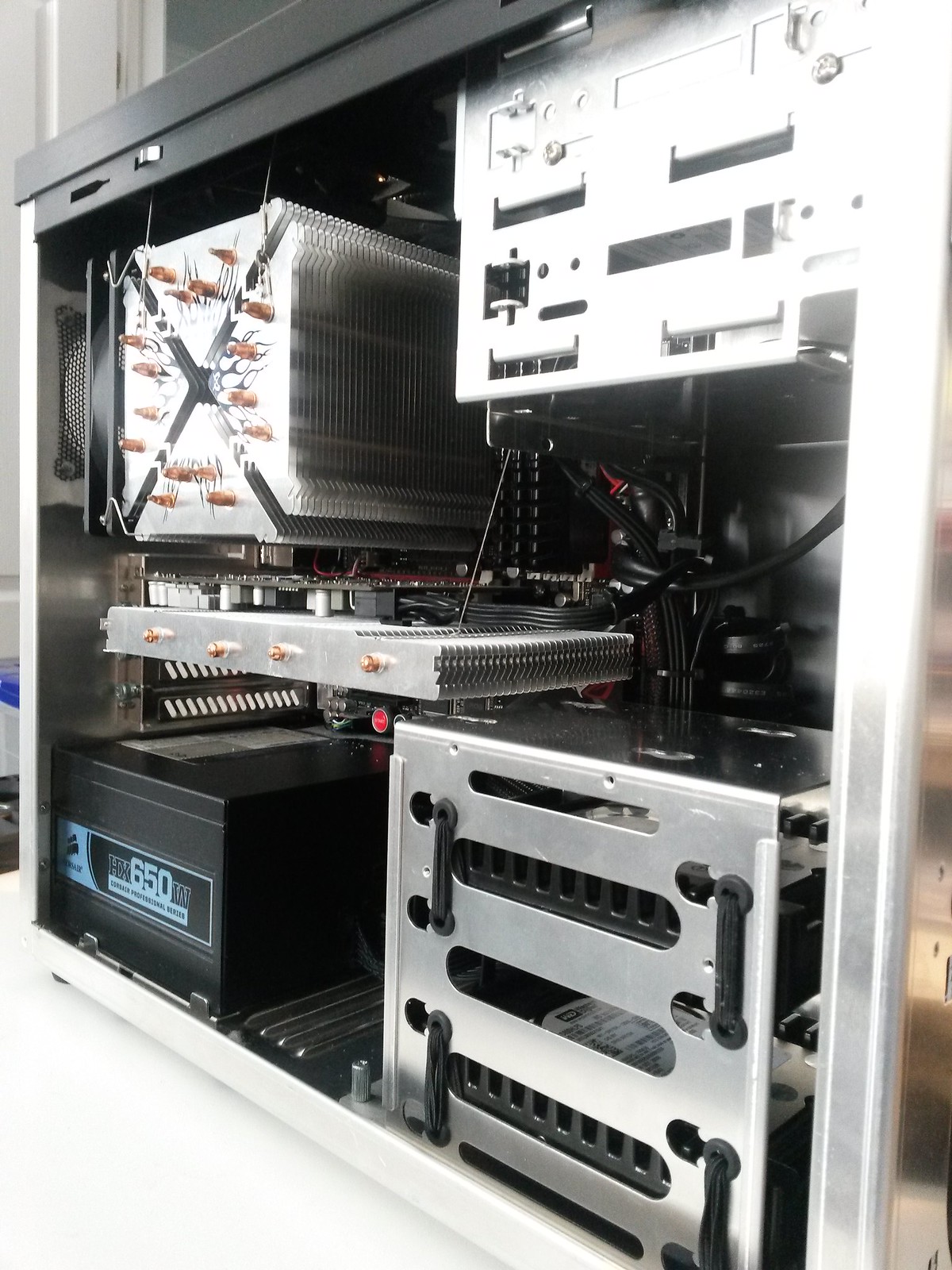 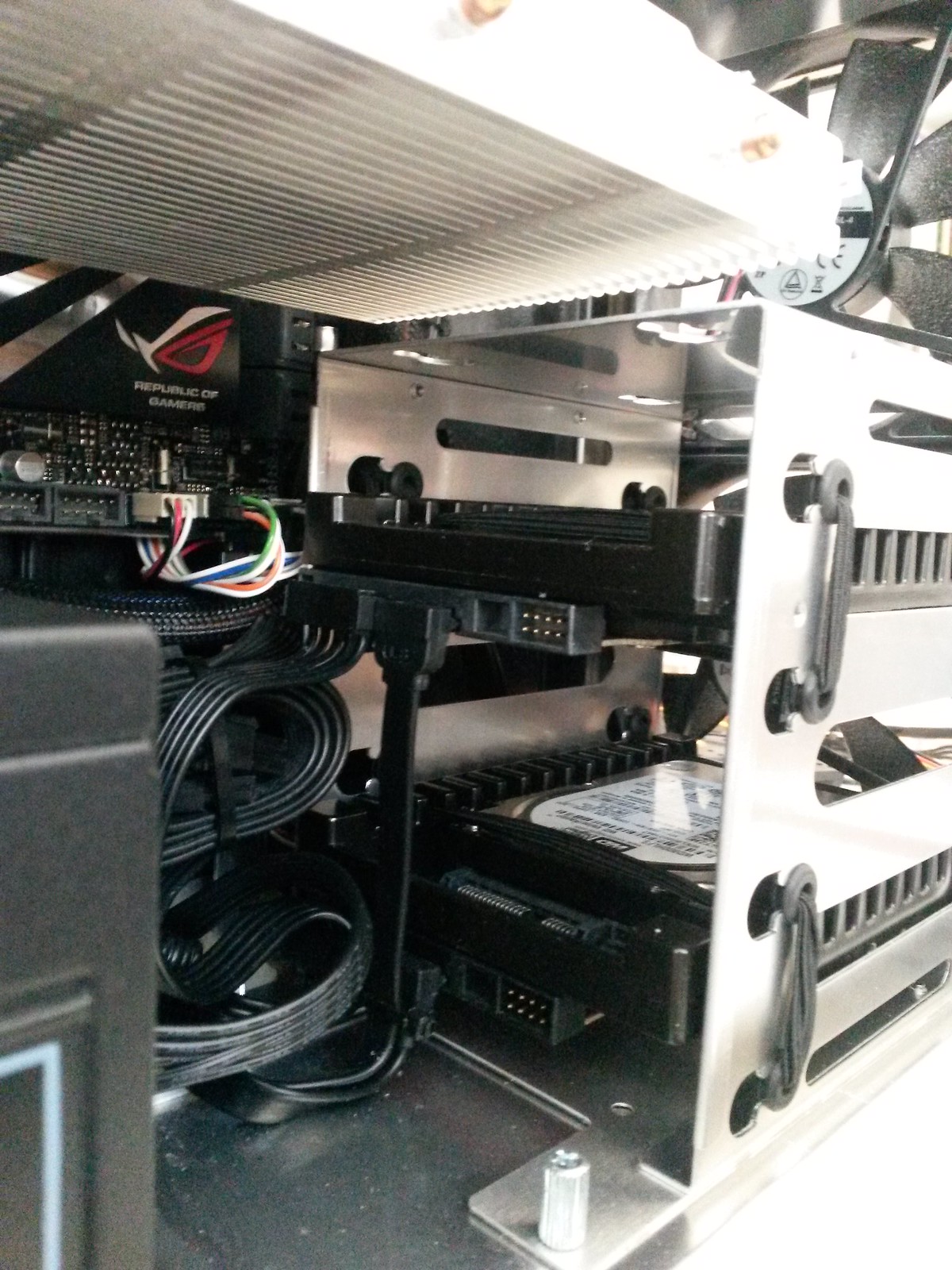 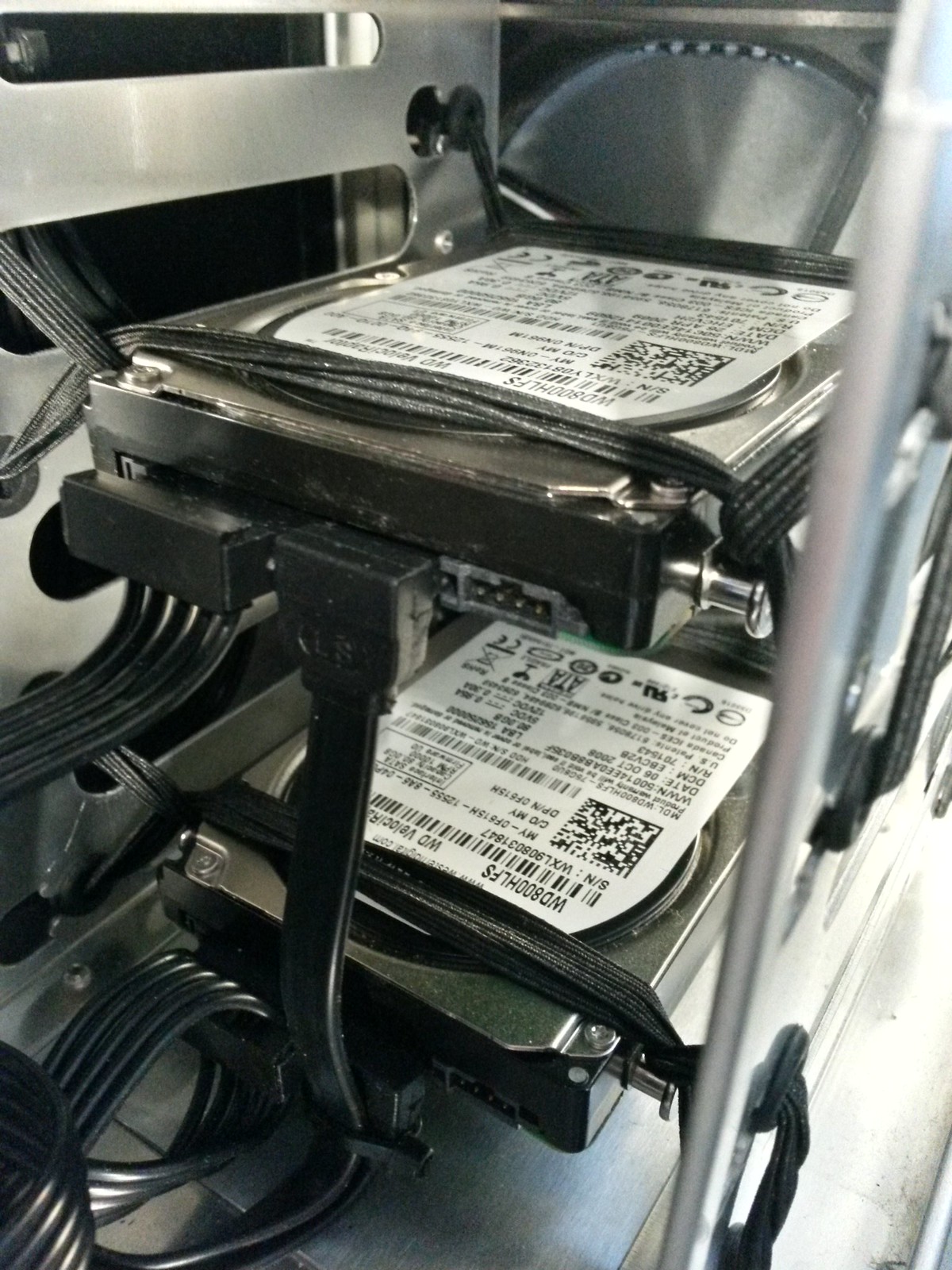 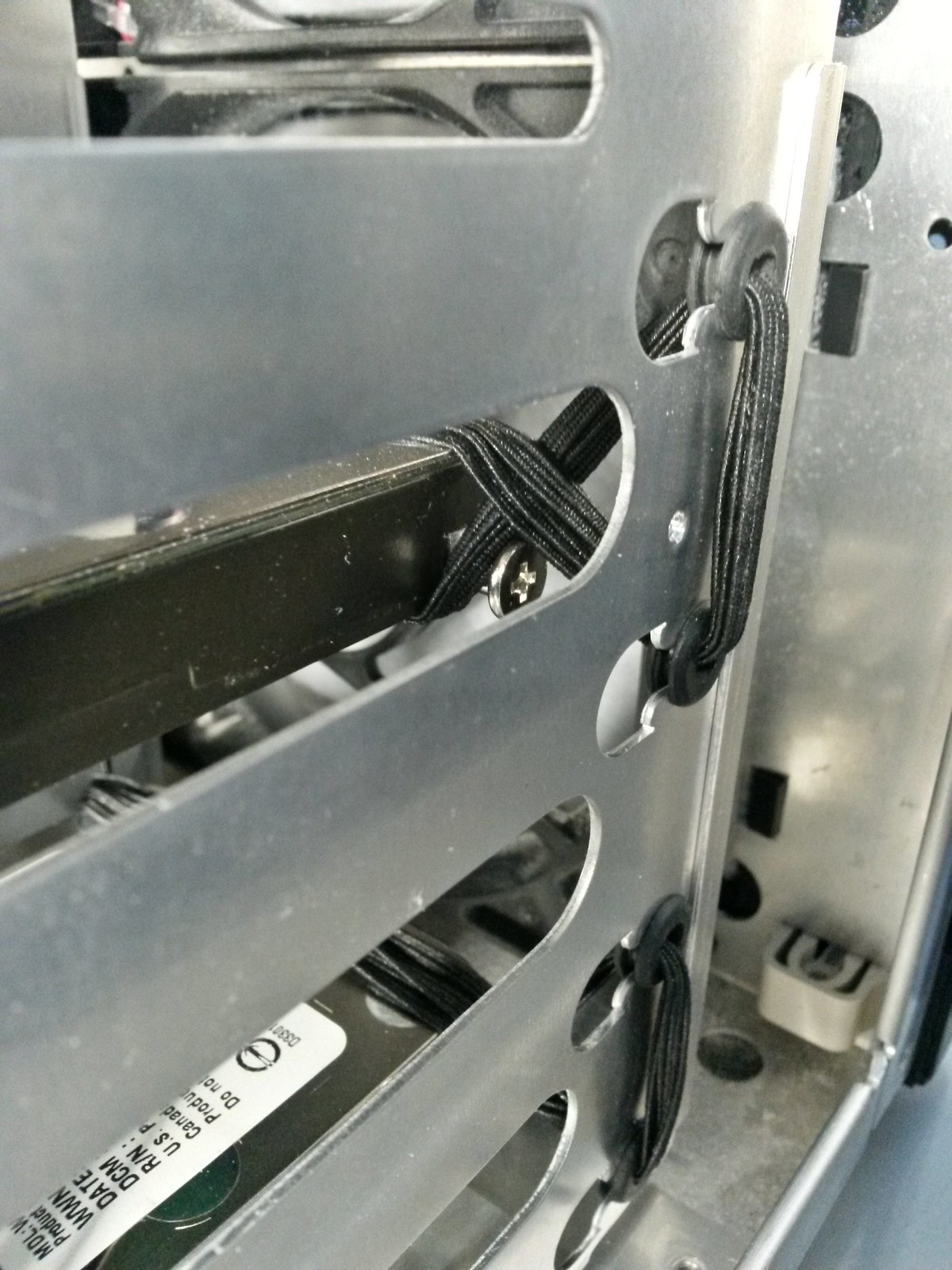