I can recommend this. Building in it was quite fun. The case is pretty silent. I am running a single NF-12A at the moment on 40% duty cycle and cannot hear it at all over quiet ambient.
My motherboard is junk so not able to run the other fans yet, Y splitter ordered. I think it is likely these will be just as quiet.

I need some customcables to wire them properly, plus everything is coming out again to delid the 3770k at some point, and fit A12x25 PWM fans (though might buy the ULN 3 pin versions for chassis).

I could have just rinsed the Xmas sales and have a Ryzen 7 build by now.
Top

This case looks good value for money (£75 from my local source here in the UK) considering that it includes 2 PWM fans and a PWM hub (Repeater in Corsair jargon). The hub is a bit of an improvement on any form of PWM splitter cable, given that it can run up to 6 fans and has a separate SATA power connection. I thought that Corsair were going to include a Fast/Slow switch on the PWM Repeater, any sign of that on your case?
Top

No sign of that. It has a chip embedded in the middle so would have thought it could control fans somehow externally from the motherboard which, as you know, in my case, does not currently work.

If only I could get Speedfan to load automatically and set my fans up period. Everytime I start it, the %'s are different.

The ASUS ones, under Plex load, the fans are constantly speeding up and slowing down, like every second

so been using Speedfan to overcome this. Plex crashed last night though...
Top

There's also more room at the rear for more than 2 SSD's.
Top

There's also more room at the rear for more than 2 SSD's.

That's great. I really like the case, I think it's very pretty.
Top

Never really heard of this case before. As I was building my new PC, will definitely use this case.
Top

Got the fans in! Such ballache..

The upper front fan won't fit, I guess this is what you get with a cheap case... there isn't enough room for the screws at the top, like literally 2-3mm too high for the fan mounts.

And the screws that come with the fans are not good for fitting them with this case as it has slots for screws and the Noctua Screwheads fit through the slots... I ned to go find some screws the same width / length but with wider screwheads.

So now I got one for exhaust, 2 intake fans (lower and middle) and more importantly I can run them at 20% with LNA's and they don't make annoying clicking noises! I will at some point replace the S12A with the spare A12x25, or possibly run a pair of the A12x25's on the heatsink and delegate the S12A to exhaust fan duties as I read you don't need as good a fan for exhaust. Bit disappointed by the tolerance problem though.

Support SPCR through these links: Amazon and Newegg
Top

I might try that. Currently I don't have any zip ties small enough.

Having said that, it's doing a great job. Temps have dropped by 10-15c depending on load, at 25% PWM (with LNA's) which shows as 499RPM in Speedfan, the case, with these Noctuas, is totally silent. Initially I had buyers remorse, spending almost £120 on four fans, but totally worth it now. 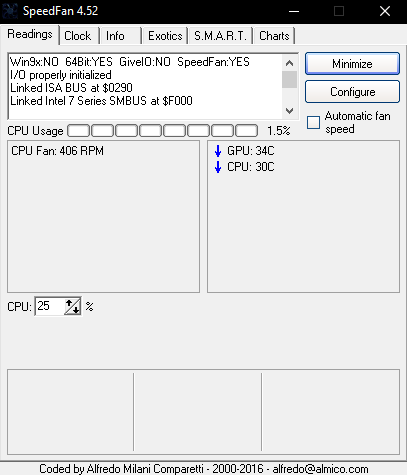 3770k is still not delidded, something that needs doing to run near 5ghz, as at 4.4ghz it gets rather toasty when running XMRig-cpu on TRTL or Monero (XMR). This motherboard isn't great for overclocking, despite being named as a better successor they cut everything down including the PWM sections. This would make cleaning the case a lot easier and allow me to upgrade to more sticks of ram when I retire the PC as a Plex / other server and 24/7 crypto miner.
Top

Could this case with the front panel removed outperform the Meshify C if you're going for the "Good airflow so you can keep the fan RPMs low" silencing approach? Since there's no shroud like the non removable one on the Meshify C you can have a 3rd bottom front fan thats providing airflow to the case and not just the HDDs. Additionally having the top cover is nice as there is none on the Meshify C.
Top
Post Reply
14 posts • Page 1 of 1