What is a “Silent” Computer? 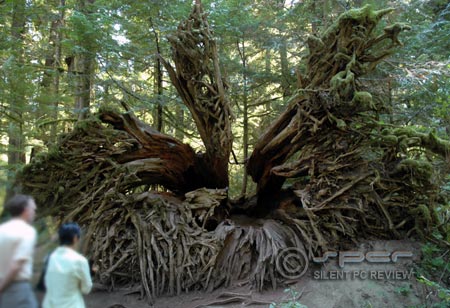 Admittedly, it’s a bit odd that Silent PC Review has taken over four years to publish an article that deals explicitly with what a “silent” computer is. This seemingly innocuous question is far from simple. Trying to answer it gets at the heart of PC acoustics issues, and the challenges for those trying to create or document a “silent” computer.

Admittedly, it seems a bit odd that a web site called Silent PC Review has taken over four years to publish an article that deals explicitly with the question of what is a silent computer. This seemingly innocuous question is far from simple. Trying to answer it gets at the heart of PC acoustics issues, and the challenges for those trying to create or document a "silent" computer. It also expresses the current state of my own approach and thinking about PC acoustics, which has evolved and expanded since SPCR was launched.

Some years ago, Intel and Microsoft actually laid down guidelines for computers in certain applications, using the term "silent" as one of the descriptors. The response from acoustics engineers in the industry was swift and merciless. The critics argued correctly that "silent" is not possible to define in any meaningful way, at least from an engineering perspective. It is also a challenge to define legally, an issue whenever there are corporate legal teams that routinely consider worse-case-scenarios. The term has more or less disappeared from Intel and Microsoft’s official vocabulary, and now it is impossible to find well defined recommendations or guidelines about low-noise PCs on either company’s web site.

Yet, there is a growing need to define "silent" components and computers in a way that is possible for engineers to agree upon, and more importantly, for consumers to understand and trust. As media PC popularity grows, so does the awareness among consumers that the typical computer is not the ideal silent servant. Instead, there is dismaying realization in many households that that a media PC must be relegated to a closet, a spare room — anywhere but out in the open due to its intrusive noise. There are quiet computers on the market, but with the co-opting of the terms "silent" and "quiet" by marketing teams in the computer world, it’s impossible to tell whether one is really quiet until it is brought home, plugged in and turned on. This is not a good state of affairs for consumers or for the PC industry, which looks to the media PC as a major source of new sales.

Why is "silence" such a difficult term for the engineers? Simply defined, silence is the absence of sound. There are two aspects to sound: Its generation and its perception. Yes, the age-old question, "If a tree falls in a forest with no one to hear it, then does it make a sound?"

Did anyone hear it fall?

The engineers who criticized the use of the term "silent" were concerned with the physical phenomenon, the generation of sound. Except in deep space, where there is no air to transmit vibration, which we define as sound, there is no silence. Everywhere on earth, there is always some level of acoustic energy in the air. Even a computer with no moving parts still generates sound from its transformers and other electronics parts, it cannot be silent like a rock.

Sound is also the human perception of acoustic energy. From a psychoacoustic perspective, silence is achieved when a human being perceives no sound. (Of course, one can argue that even in the most advanced anechoic chamber, a human being can always hear his own breathing or the sound of his own internal organs.) The key here is human perception.

A PC acoustics white paper from a major system brand stated: "The human ear is not a reliable instrument with which to measure sound levels because its sensitivity varies with the frequency of a sound." What this statement reveals is that for the writer, sound level — or more precisely, sound pressure level — is the reference. From the point of view of designing products for people, this is backwards. It is human perception that must be the reference, not SPL, which describes the way a machine "perceives" sound. It is human aural perception that we need to begin with in order to design a computer that sounds quiet to people.

Acoustics engineering in the PC industry is mostly dominated by sound pressure level and sound power. They are single number metrics that are extremely difficult to correlate to human perceptions of sound. Is a 2.8 bel sound power measurement quiet? Is it noisy? How about 25 decibels, A-weighted from a meter away? No one can say for sure from just looking at the numbers. Why? Because quiet and noisy are qualitative terms that refer to human perception, not the physical phenomenon. The sound power and SPL numbers refer to the physical phenomenon. An experienced acoustic engineer would ask to look at the waveforms, study the spatial, temporal and time structure of the sound, and perhaps ask for a listening jury to work with. And then, and only then, could he say with scientific certainty whether it is quiet or noisy. We are now speaking not just of sound level or loudness, but sound quality, which is a growing sector in acoustic engineering. 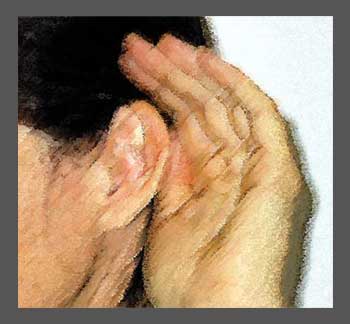 Sound quality determines whether we perceive it as noise.

This brings us back to the main concern of a noise-conscious computer consumer: "Can I hear it and is it a nasty noise?" The terms I like to use are "inaudible" and "benign", so that the question can be changed to, "Is it inaudible? If it is audible, is it a benign sound?" Again, these are simple questions, but scientific answers to these questions are not easy to get.

Let’s examine what I mean by each of these terms and what is required to achieve what they describe.

By audible and benign, I refer to a gentle and unobtrusive sound that we can hear. This means that…

From a design point of view, making an inaudible computer is a tough challenge, but it is possible to do, unlike a silent computer. There are two basic approaches which can be taken:

Key computer components today generate enough heat that cooling fans are almost inevitable for stable operation and to avoid jeopardizing product reliability or longevity with high temperatures. The handful of commercial computers with a serious claim to be "silent" are mostly fanless, with custom cases that are in part massive external heatsinks to allow passive cooling of the hot components. This means there is no fan noise, which is a big part of typical computer noise. However, this does not eliminate all sources of audible noise.

There is the hard drive, an electro-mechanical device spinning at high speed, often more than one in many systems. Hard drives have a wide range of acoustic output and also add vibration to the case, which usually causes a host of other audible effects, including harmonics and intermodulation. They also make quite different noises when seeking compared to when they’re idle, and the change is very noticeable for anyone who listens. The acoustic effects of the hard drive must be neutralized if the costly removal of cooling fans is to be effective in achieving inaudibility.

There are still other noise sources: electronic parts such as capacitors and inductors can emit mid/high frequency noises, especially of a tonal nature, and often intermittent. These parts are found mostly on power circuitry and they can be truly annoying even when at very low measured loudness. With conventional computers, such tonal noises are often not heard directly because they are masked by the roar of fans and hard drives. In a fanless system, this noise is plain to hear. It is far more common than you’d think. It can sound like CRT monitor high frequency whine, which most people have heard. It can also sound like a buzz or hum. Often this noise is too low in loudness to appreciably affect any conventional SPL or sound power measurements. But they are perfectly audible for users with normal hearing, as many a frustrated user can attest. Only careful selection of parts and good circuit design can ensure that such noise problems don’t arise.

What all this means is that in designing a fanless system for low noise, any one of many factors can lead to failure, to nasty noise, unless the primary design target is kept firmly in mind: Human perception.

A different approach to low noise computers using carefully selected, high quality, low noise fans in more conventional cases is usually cheaper to implement. Although the absolute measured "loudness" of such fan-cooled systems might come in a bit higher than for completely fanless systems, the perceived audibility may be just as low. In many conditions, the residual broadband airflow noise of the fans can provide a smooth masking effect over tonal aspects of the acoustics that can lie at very low loudness levels. Keep in mind that serious tonal or intermittent noise factors will still be easily heard by noise-conscious users, and hard drive noise still has to be well managed.

Furthermore, the issue of fan speed changes in response to rises in component temperature (due to high load or hot weather) also must be managed well. Too much of a speed up (or even down), especially in a short period, is heard as an annoyance by most users. Lower power components, especially those meant for mobile computing where the drive to maximize run time on batteries has created highly power-efficient parts, can make noise optimized fan cooling a practical and viable way of building inaudible computers.

Carefully designed fan cooling can also be used to create high power computers that are audible but have a benign acoustic signature that makes them unobtrusive in most environments, for most people. A broadband random sound like softly falling rain can actually measure fairly high, yet rank very low in perceived "loudness". Combined with care around the other noise factors above, such a computer can have excellent acceptance among noise conscious consumers.

Despite the name of our web site, a silent computer may be scientifically impossible… but "inaudible" or "audible but benign" computers are well within reach. Careful system design is necessary to ensure that all the potential pitfalls are avoided, not just "low measured loudness":

Keep in mind that all of these various aspects of noises can be identified using sophisticated audio measuring equipment, the same equipment need to test for sound power.

A Need for People-centric Metrics

In light of these various factors, the long upheld ISO 7779 standard for measuring computer acoustics is clearly lacking. By focusing only on sound power and a single half meter SPL measurement, ISO 7779 manages to ignore the sound quality aspects so important to human perception, leaving only a machine-language definition of overall noise. The fact that so few companies actually use this standard and its results for promotion is actually something of a relief. It would only lead to greater confusion and consumer dismay.

The State of the Industry, March 2006: Through Silent Eyes
Noise in Computing: A Primer (Oct 2003)

Discuss this article in the SPCR Forums