Putting together another low-budget HTPC ($300) in a case I'm quite familiar with (I have one, and it is a PAIN to work in).

Took around a day, managed to get the feisty Pentium up to 4.2GHz (I know the screen cap says 4.1GHz, this was before I tweaked some more settings). Right now it is rock stable at 1.25V VCORE and the multiplier set at 42. Overvoltage is enabled, but aside from those settings, there are really no in depth adjustments. Ram is set to XMP Profile 1.3. Probably going to start lowering VCORE and see if we could get lower temps - it's hitting 85C with the stock Intel cooler (the Scythe is on backorder): 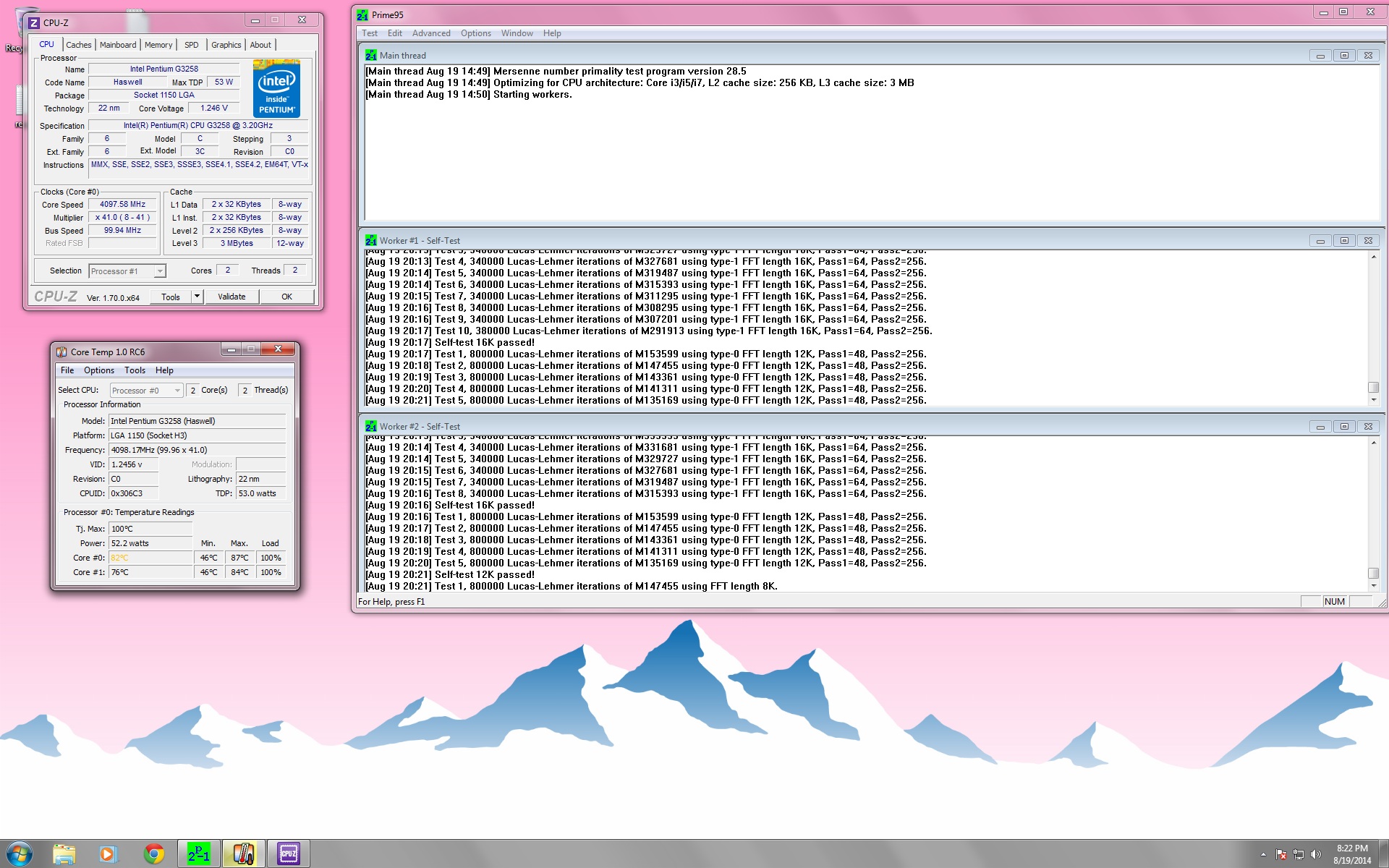 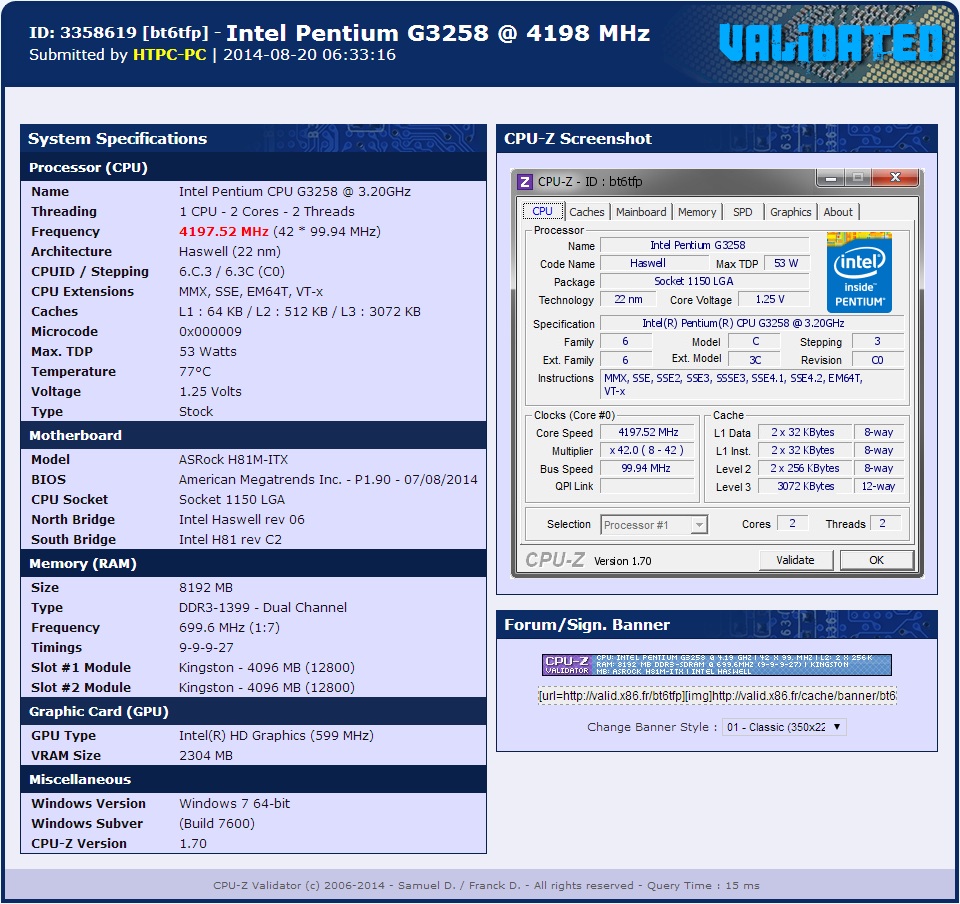 Onwards with the build! 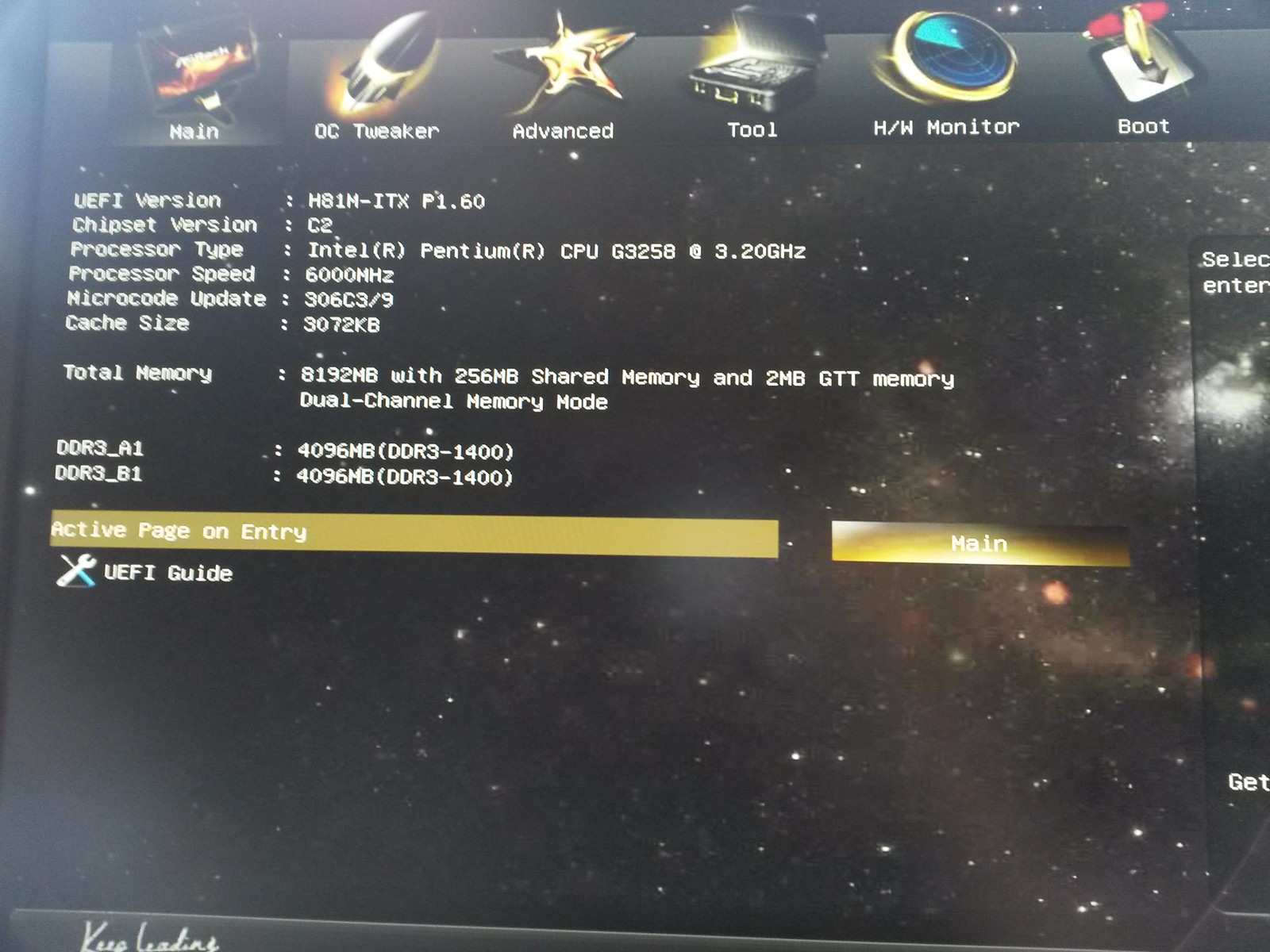 I'm kidding, that couldn't boot period. Even unlocked, 6.0 is a pipe dream lol. 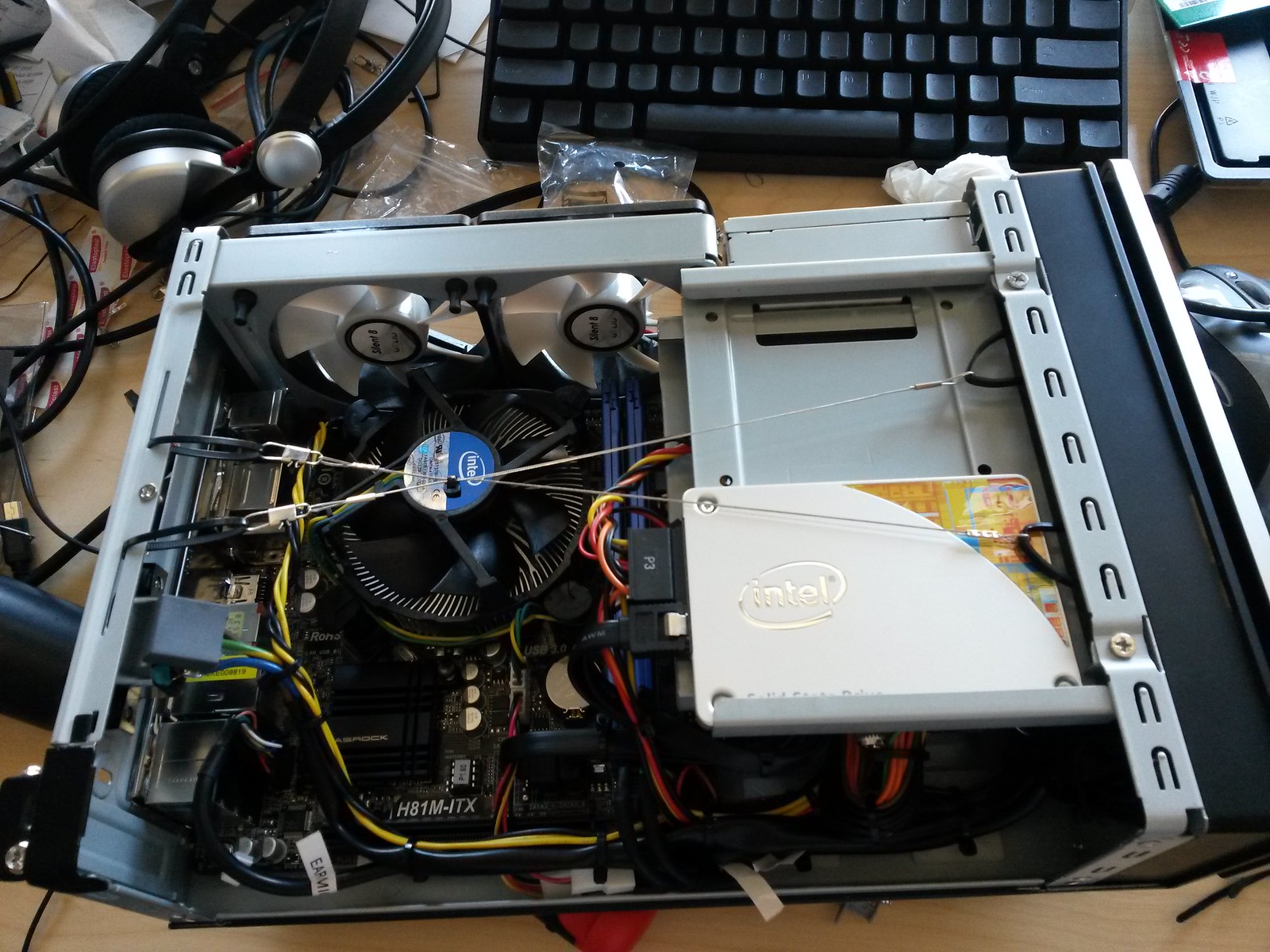 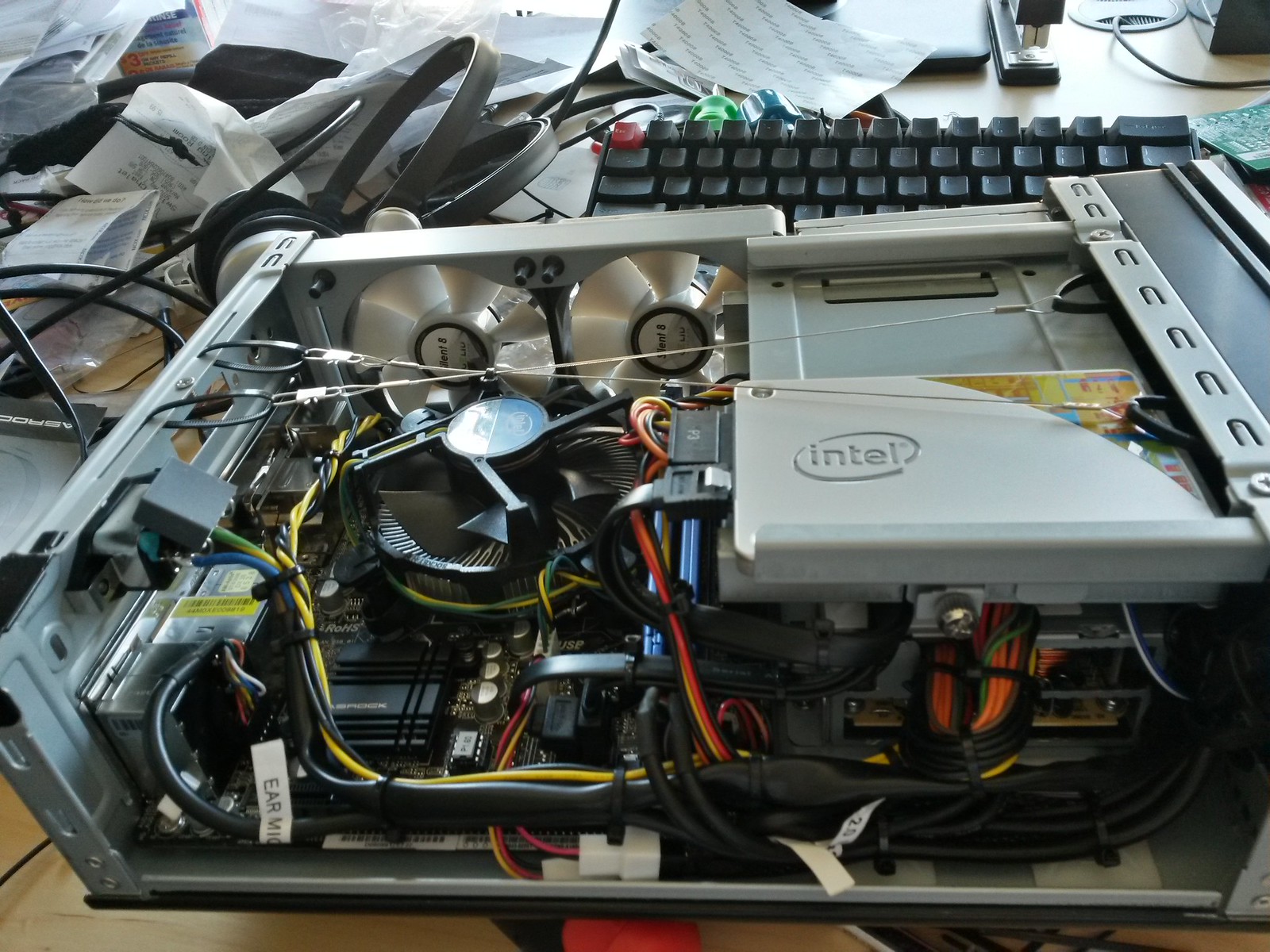 If you've seen my previous builds, most of you will know I have a thing for steel cables, and this is no different. Since I had cut down the ODD/HDD tray (original tray below) to increase the clearance for the HSF, it became slightly flimsy front to back since the original unaltered tray ran the full length of the case and tied the front to the back with screws. Decided to install a couple of steel cables to mitigate this - an unexpected bonus, they came out pretty sleek personally and just look cool. 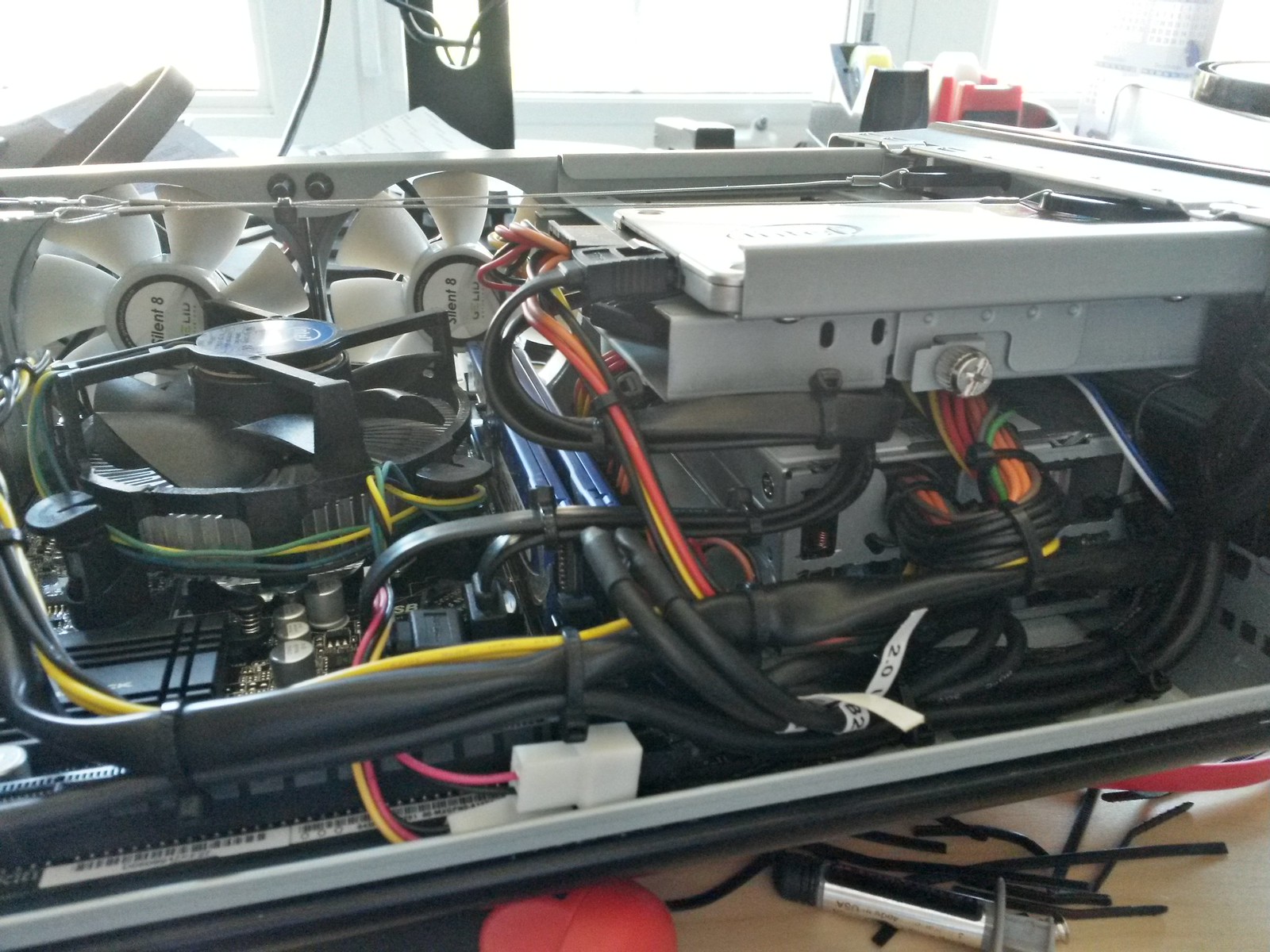 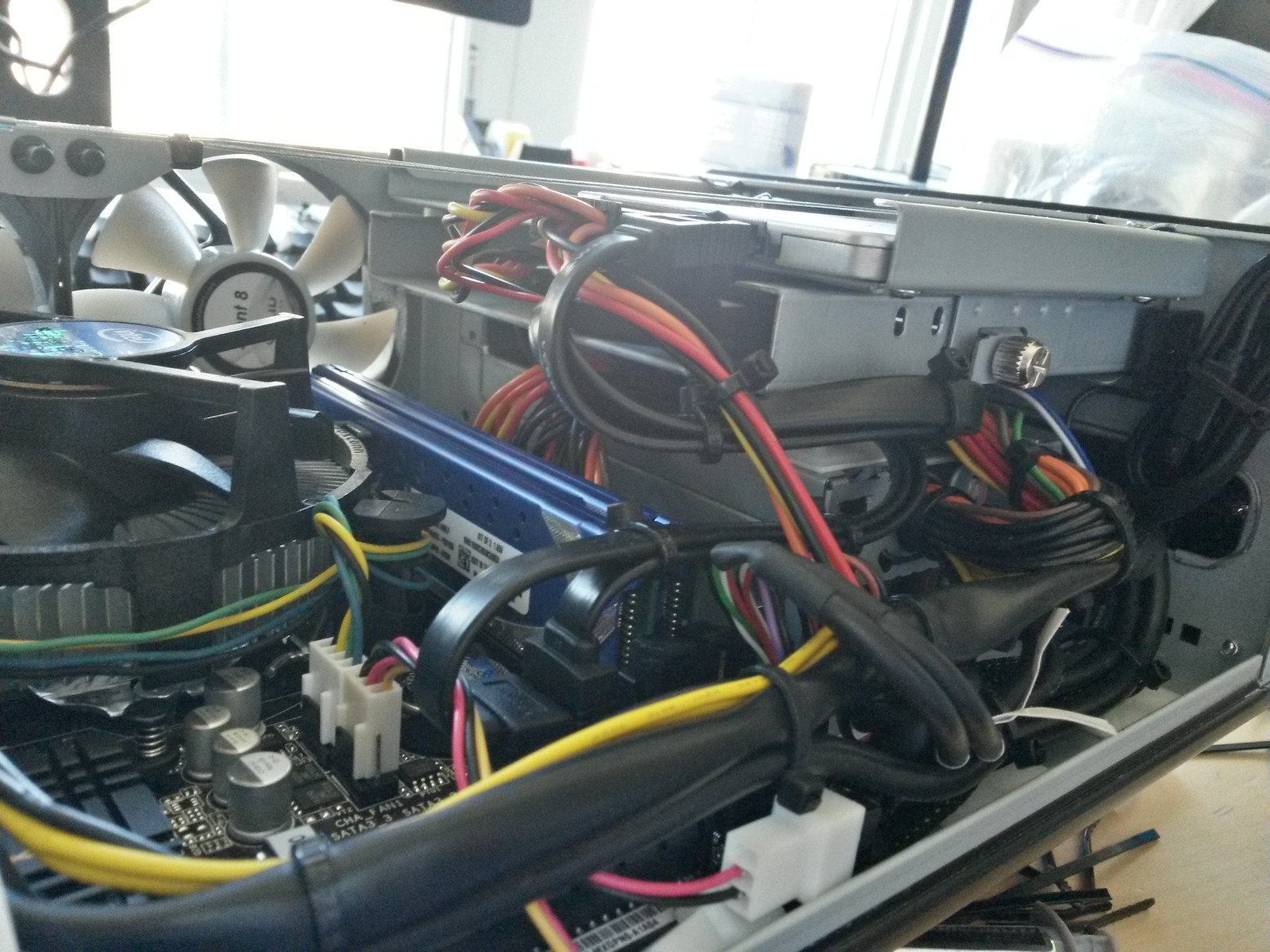 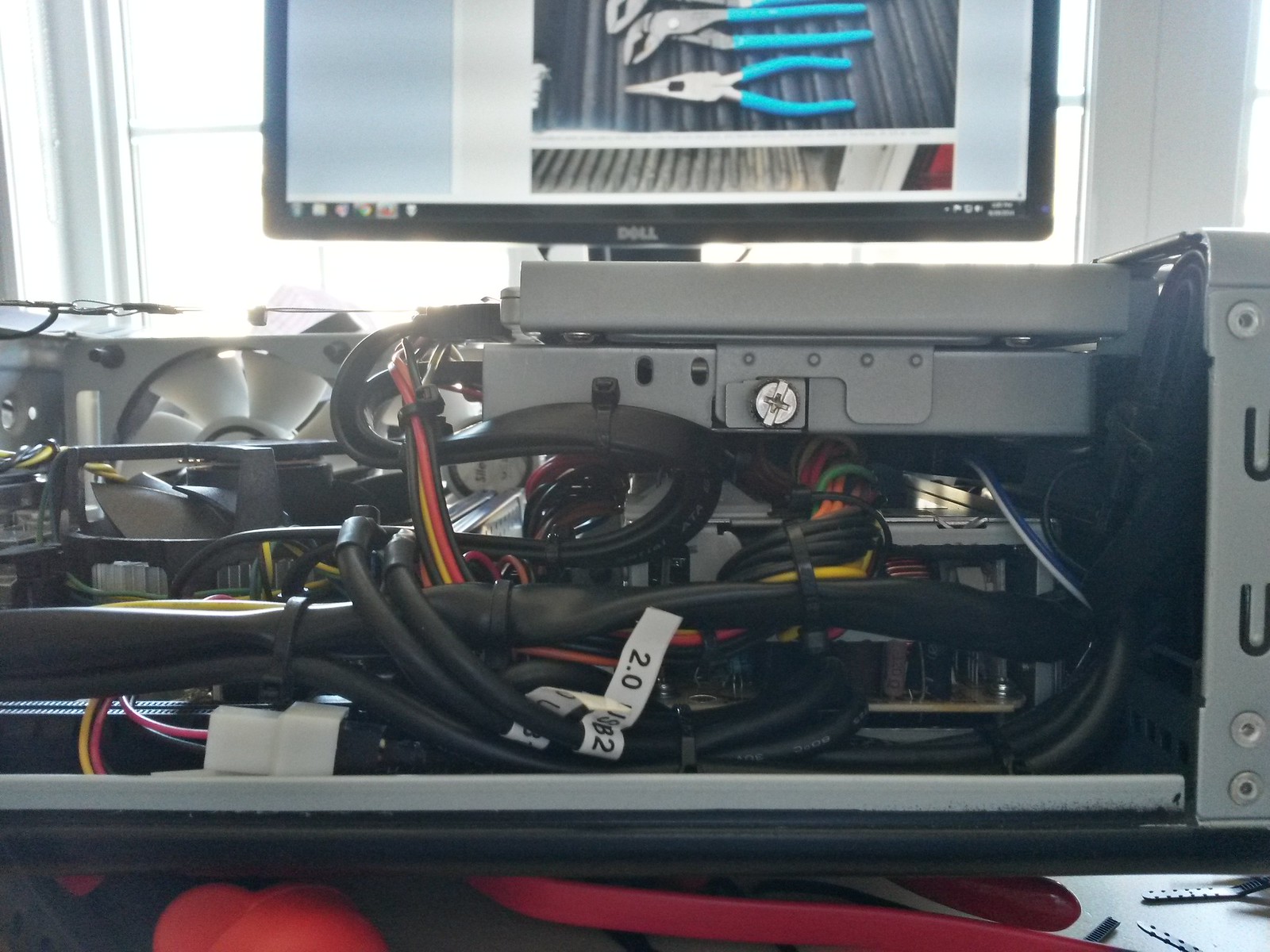 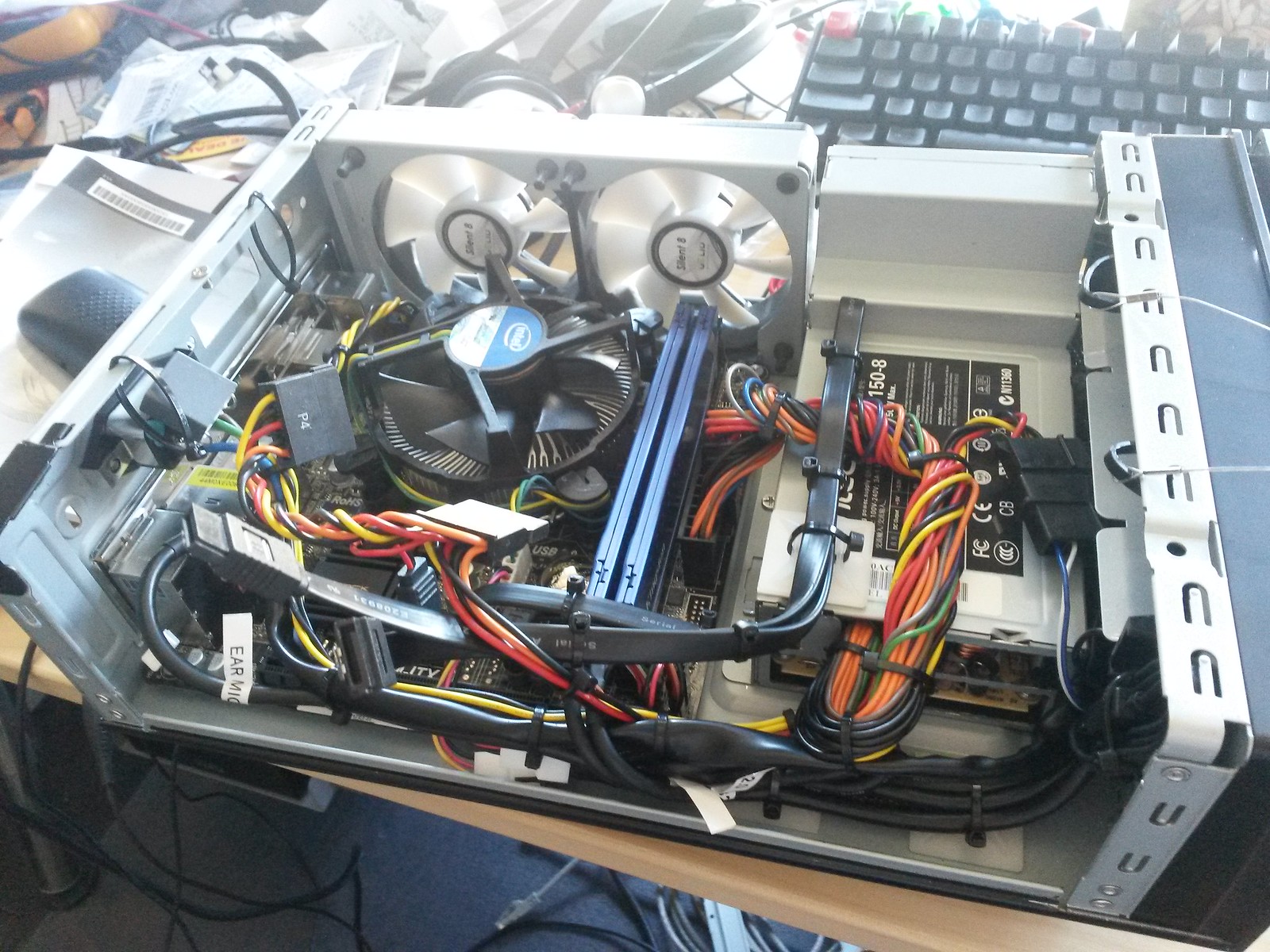 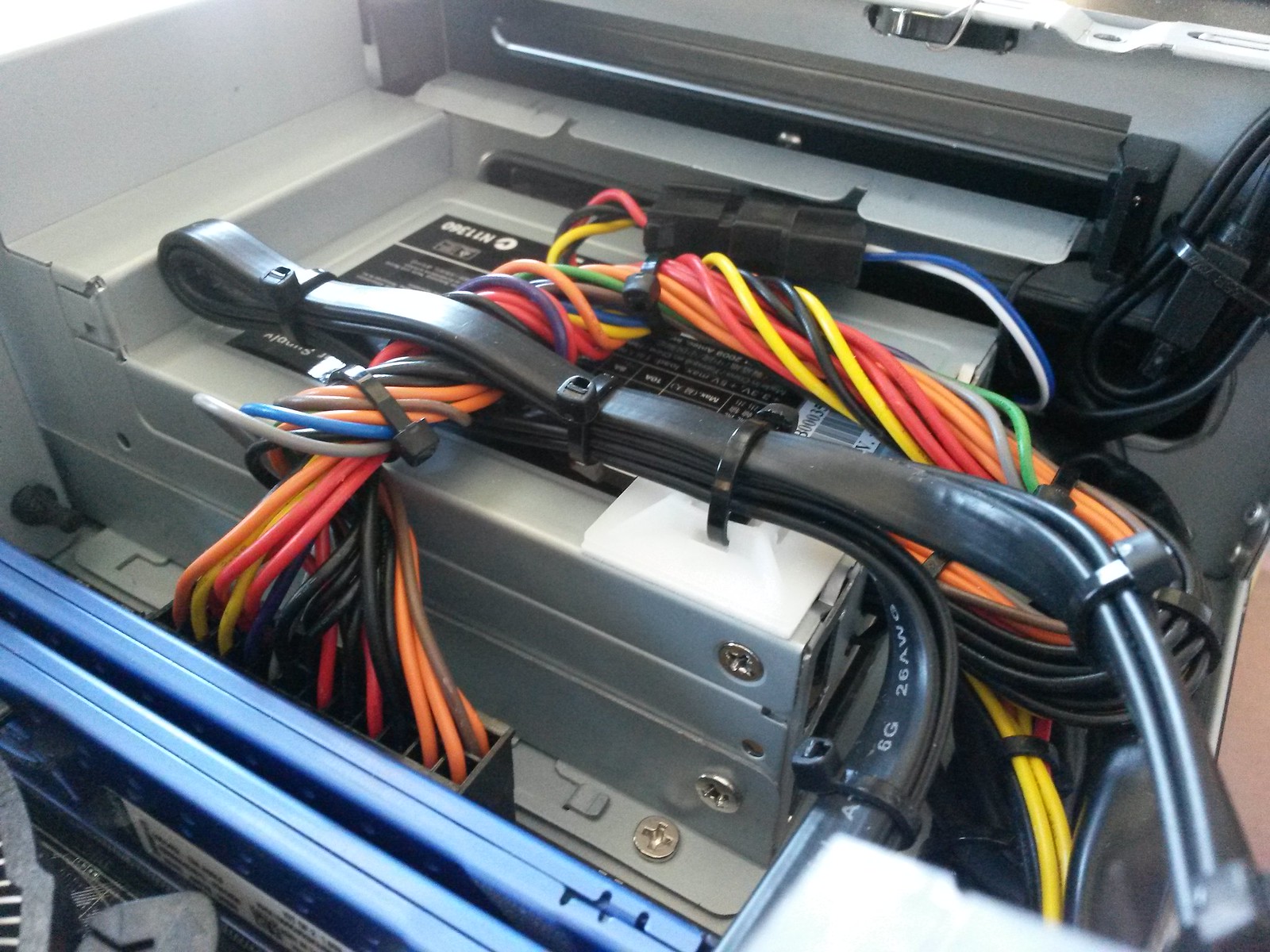 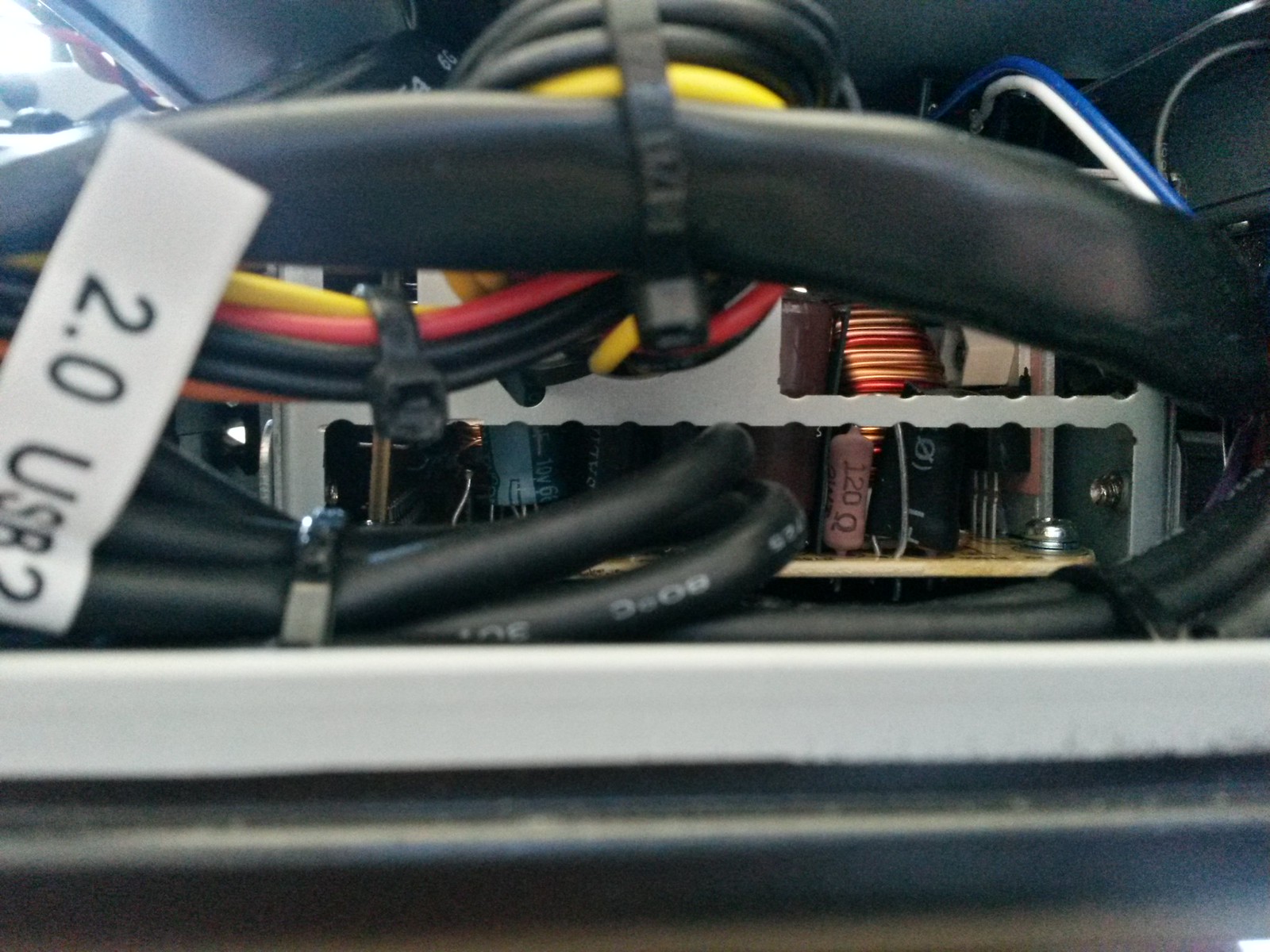 I knew the PSU in this particular case ran HOT so like my own HTPC I removed all possible obstructions from the intake and exhaust grills to aid in venting - even still the PSU blows out warm air, someone you'll have to put up with due to the extremely crammed compartment. 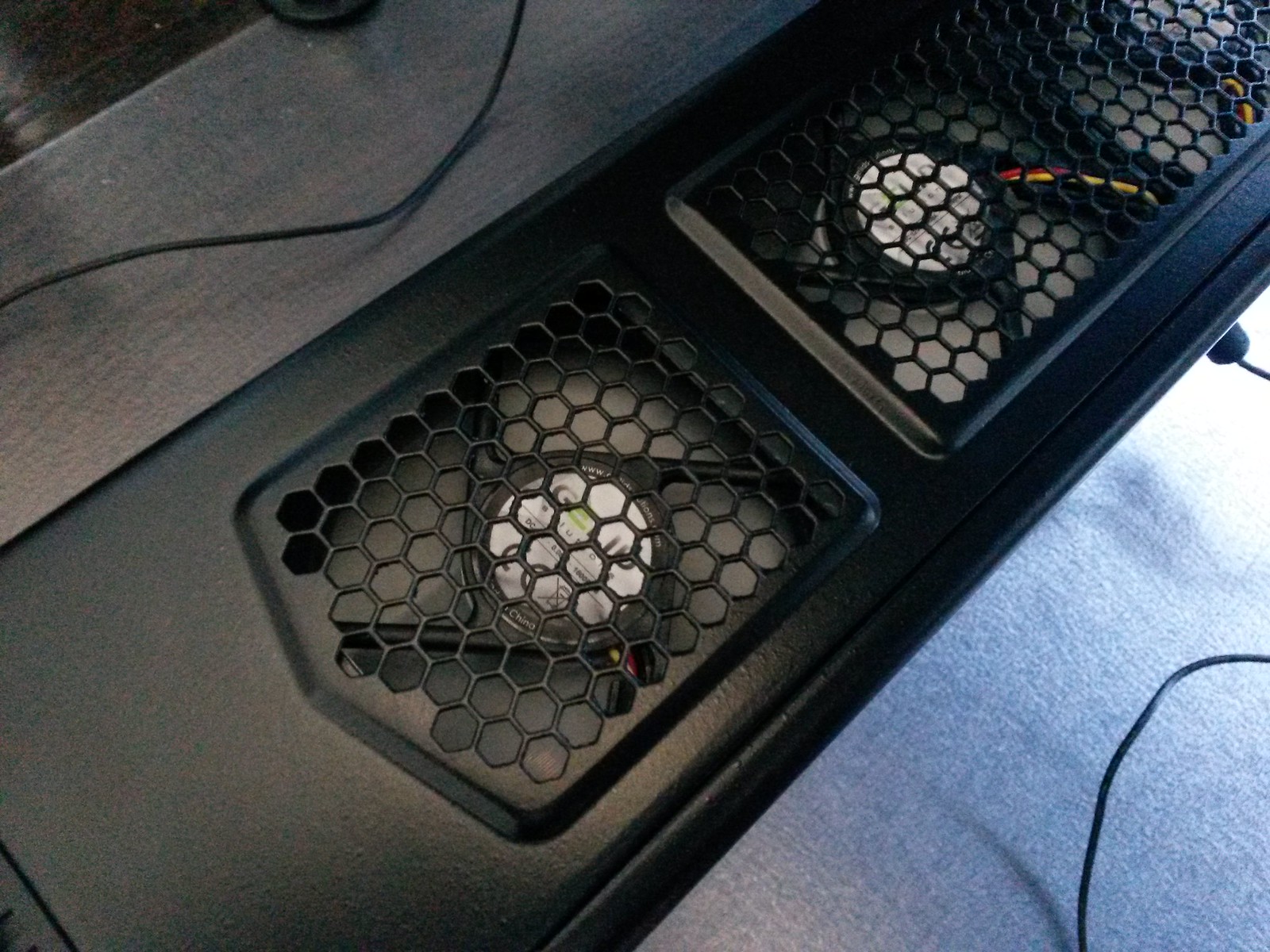 I did end up switching all the fans including the ADDA in the power supply with some Gelid Silent 8's - mainly because they were cheap and in stock locally. They sound pretty decent and included silicone mounts as well, good deal. 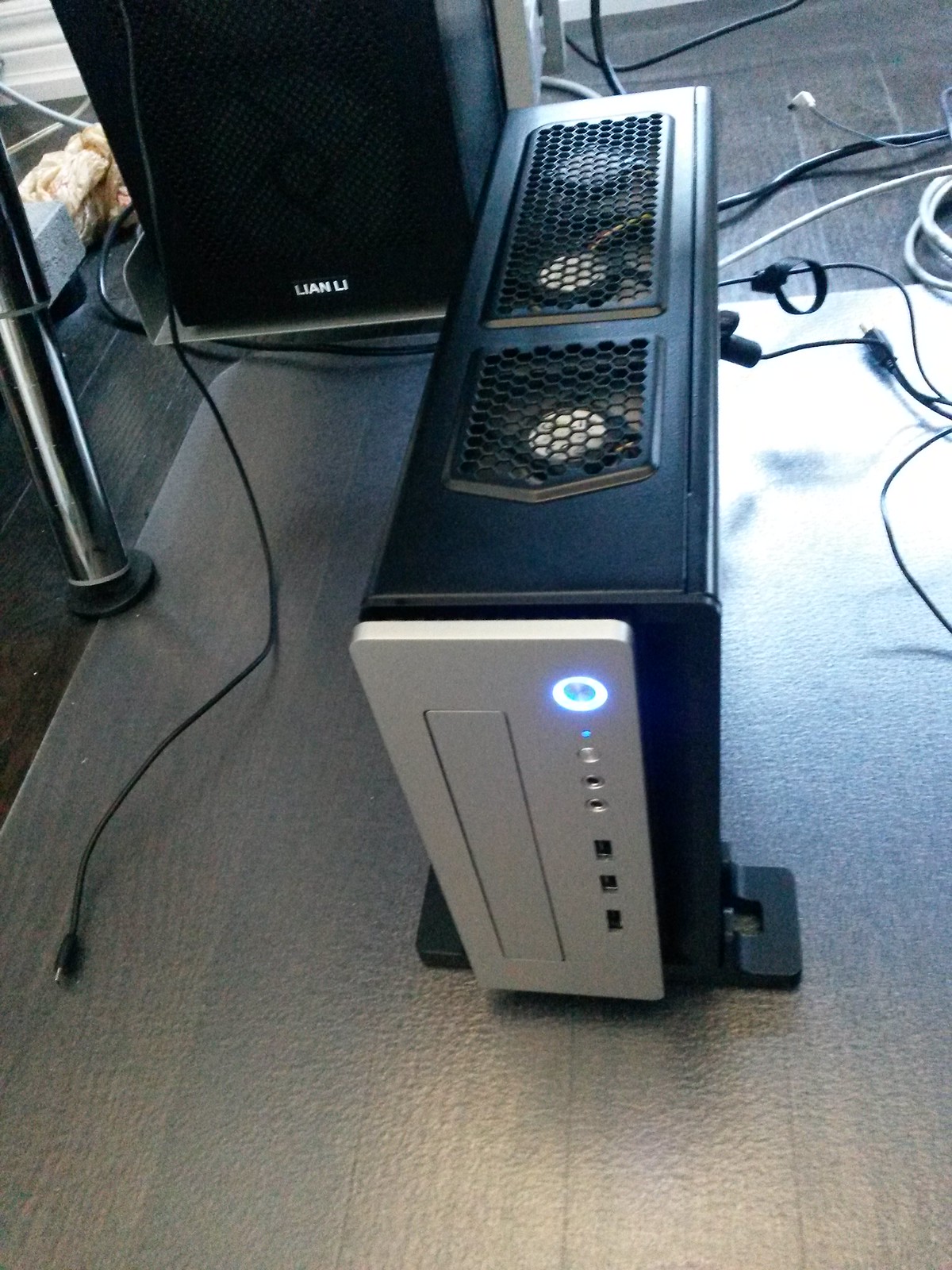 Overall, we managed to stay in budget and produce a fairly capable and sweet looking machine. Possible upgrades would be a second hard drive or an ODD - the board only has two SATA ports LOL. Oh, almost forgot about the USB3.0 front panel that's coming direct from Antec - curiously, even though this case is newer than mine, it has the older USB2.0 front panel. Since there is NO USB3.0 header on the motherboard itself, most likely we are going to run a header to dual 3.0 plugs adapter out to the external USB3.0 plugs on the I/O panel. Sacrifices...
Top

Nothing wants to go in without a fight I found out. Installed (or rather, tried to) the Big Shuriken 2 Rev. B today, only to find out ASRock positioned the CPU socket so close to the top edge of the board that the Big Shuriken 2 hits the fans (missing around 1/4" of space). Uh Oh.

I guess lucky me, because the way the Scythe positioned the mounting locations for the Intel brackets means that I can shift the heatsink towards the top or bottom without losing contact with the heatspreader (due to the fact that the HSF base is an elongated rectangle meant for also accommodating the longer AMD sockets). I ended up using one of the LGA2011 holes and drilled an additional hole in each of the brackets in order to offset the entire heatsink (moved it about 1/2"). Ended up with an extra 1/8" of clearance - Scythe should've definitely designed the HSF asymmetrically to prevent issues like this.

Regardless, even installed it is a really tight fit, but the 15C temperature drop at full load made up for it! 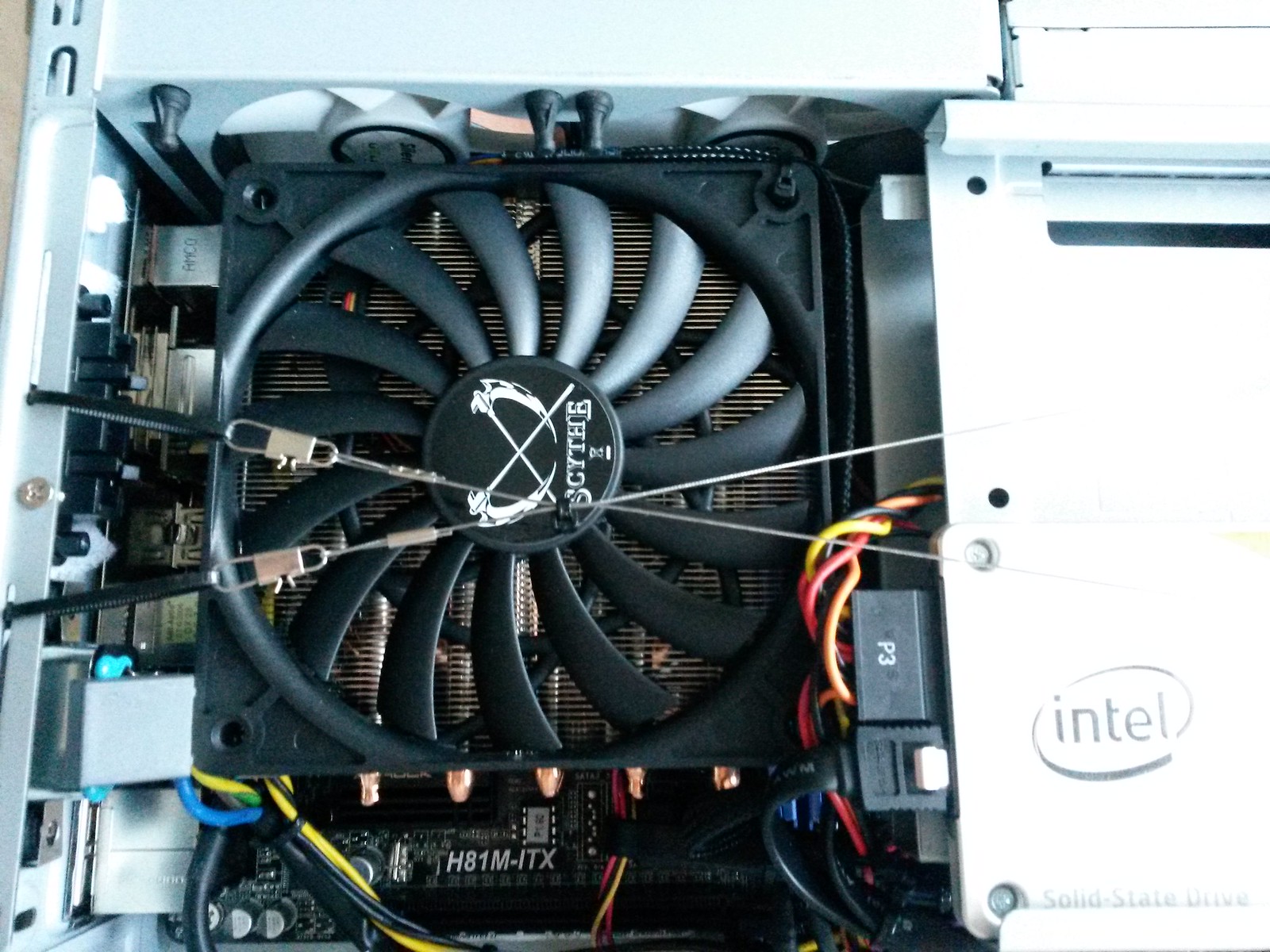 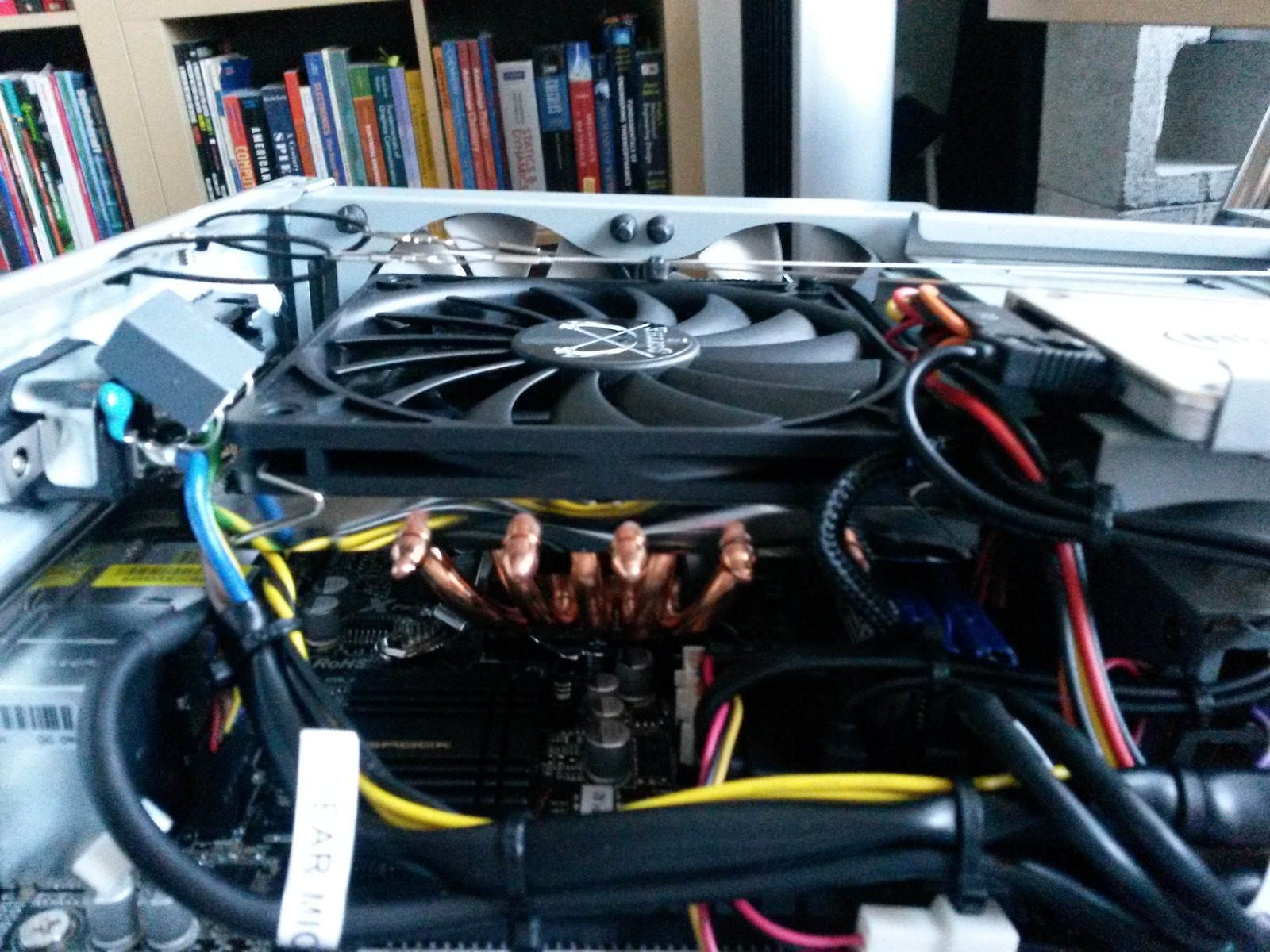 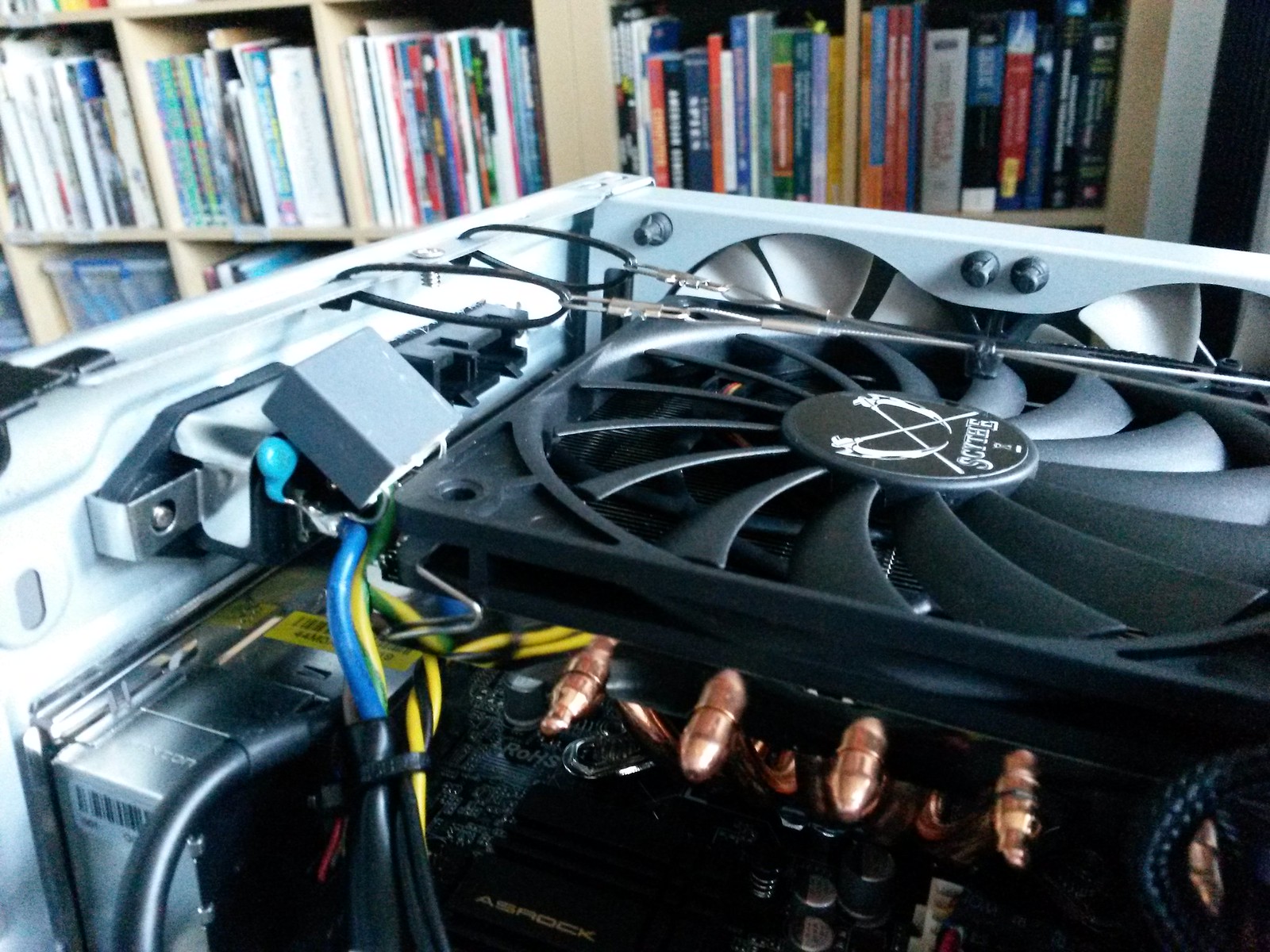 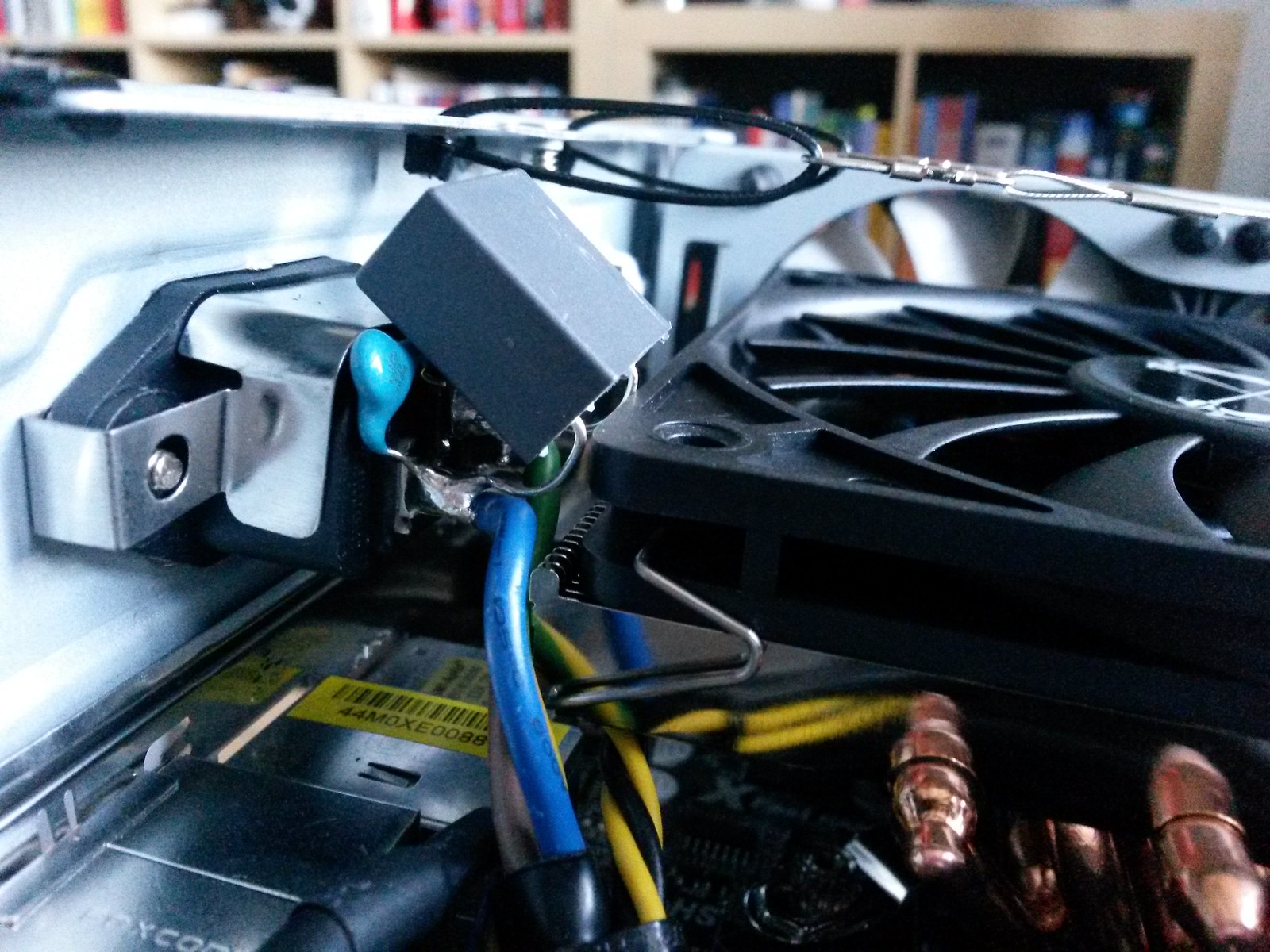 Here's the mod to the PSU: 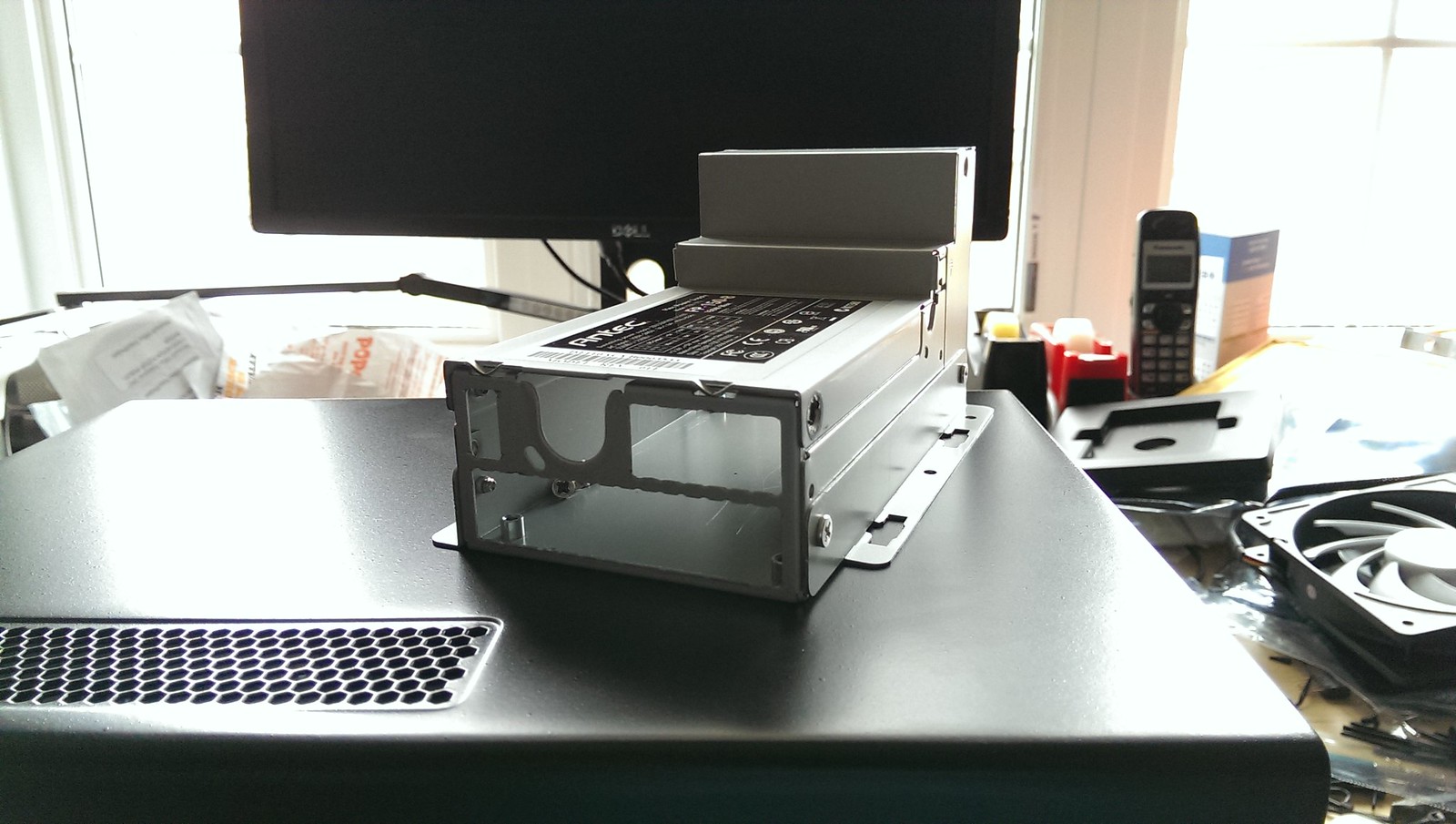 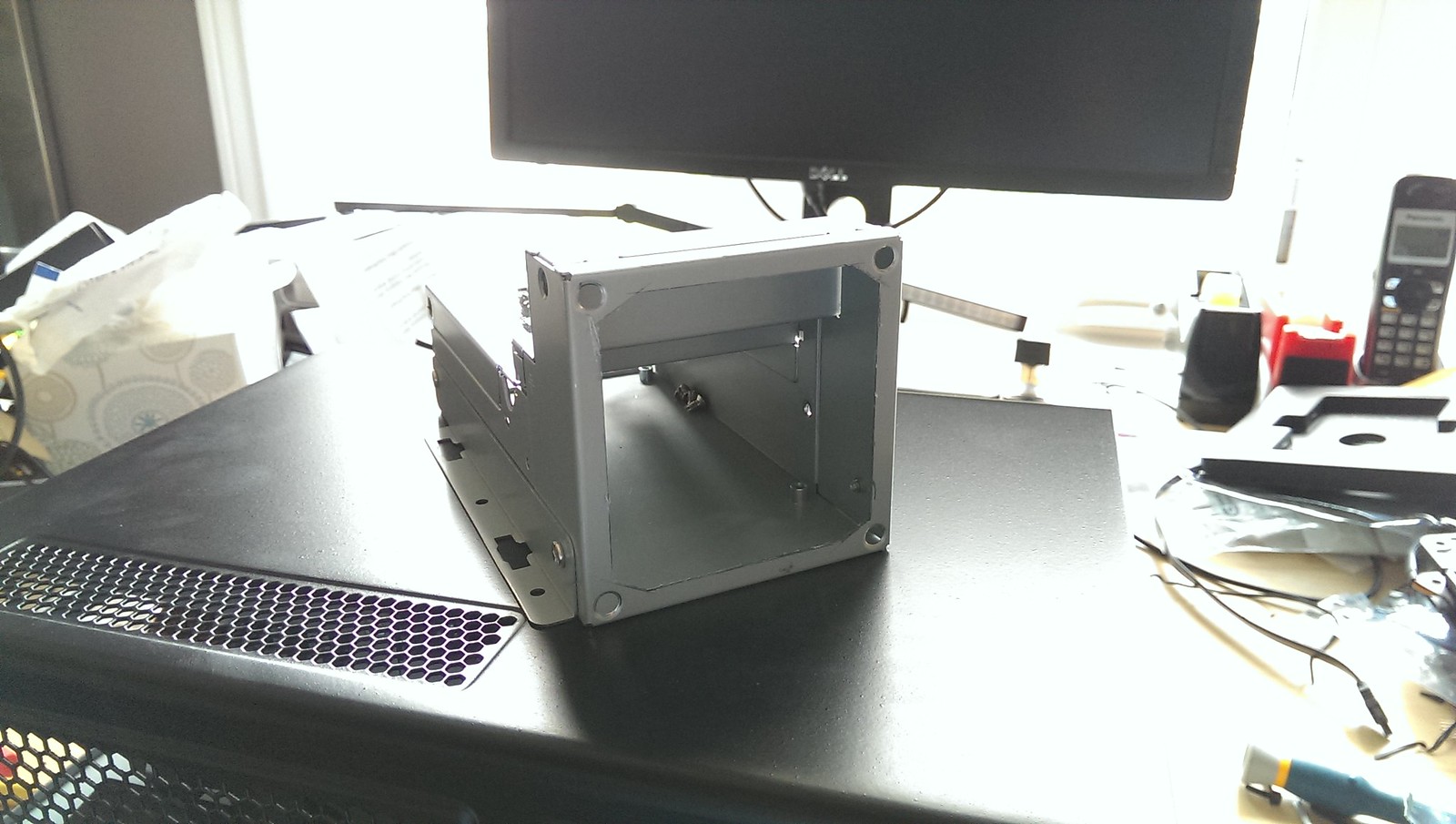 How much clearance does the Shuriken have on top? From the ISK300 review it looks like it's about 7mm. This looks like more.
Top

Contrary to common intuition, more fans of the right type/size and at the right spots in the case can lead to quieter computing than fewer fans. Credit for this observation must go to a fellow redditor whose original post I can’t find. Sorry stranger!
Top
Post Reply
5 posts • Page 1 of 1